Rogue-likes can live and die by many things; one of those things is the mechanics behind the game itself. More interesting and unique mechanics, while a selling point, can help and harm a game. Rogue Spirit is an early access rogue-like game developed by Kids With Sticks and later was released by 505 Games. This rogue-like action game puts the focus on the action of combat and stealth while making unlocks a grind in an unhealthy way.

Normally I would bring up the story here. The story itself is interesting but doesn’t get much mention in focus on the gameplay later on. Still, as the game is in early access, more will likely be added, so to best sum up the story experience, you are the former prince of a kingdom called Midra. His spirit has been summoned back to the earthly plane to help in defense of corruption that is taking hold from a demonic king. 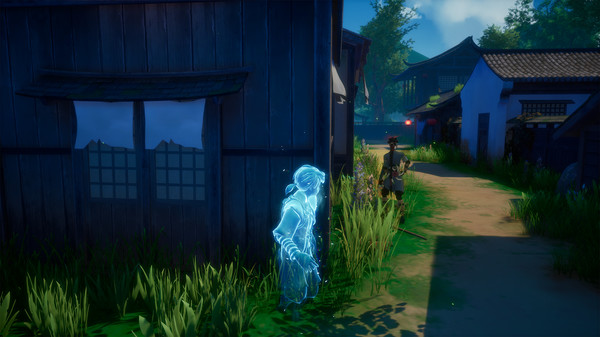 Taking hold of an enemy nearby, Rogue Spirit’s key focus is on its gameplay and bringing that it does. Let us talk about the hub world of our adventure, the village behind the door. This place is your hub for everything in the game, from upgrade shops that require money and jade to a practice area where you can learn how to fight enemies that might be giving you trouble in a safe environment. You can also get story tidbits from elders and various people around the village here to add to the game’s story and learn about the prince’s history before death.

When ready, you enter the village proper and into your first bought of combat. Each time you die in the village proper, you are granted a random enemy to take control of to reenter, with a random chance of getting a stronger variant of an enemy from time to time. Each enemy acts and fights differently, some focusing on melee attacks that can tank some hits, while others are ranged specialists that are as squishy as a piece of fruit. Using each enemy effectively to suit the situation and swapping over to another enemy if needed adds to the game’s replayability overall. 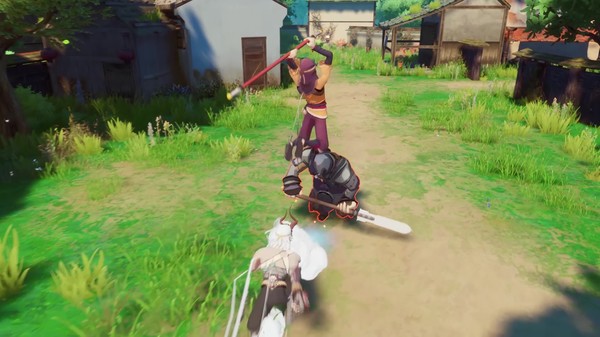 As the player progresses in each area, upgrades can be found in the form of shrines scattered across the world and are only active for that run. The two types provided are temporary buffs to your attack, in the form of elemental damage, while smaller, run permanent ones boost things like how much damage a certain element might do, critical hitting chance, etcetera.

Fighting is not your only option, however, as being a spirit gives our princely hero the ability to enter a form of stealth. This stealth mode is something I felt added to the way a player could take on the game, explore the level around them and find its secrets. Being seen as a spirit does knock you back to the physical world and into a fight, so having a mastery of both can indefinitely aid you in your fight for survival. 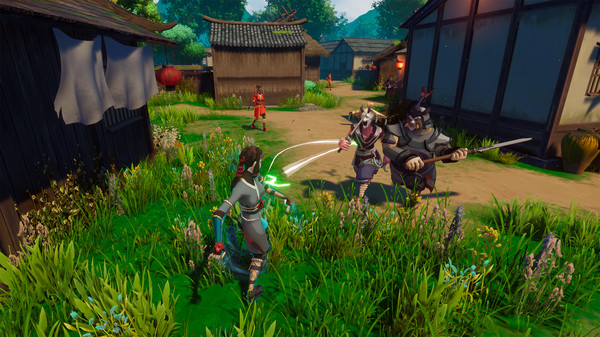 Wandering the world beyond, Rogue Spirit aims for a realistic anime style, giving the game a unique appearance from other rogue-likes of the genre. Visually, it felts like I was in the real world as an anime protagonist, with simple things like the movement of tree limbs and blades of grass via the wind adding to the world’s aesthetic. The world around the prince is colorful, only going dark when you enter your spirit form, and in terms of the transition between the two, it was a nearly seamless switch back. Enemies often give off a menacing aura, usually wearing a carved mask, adding to their darker nature, alongside the color schemes used.

Humming to the sounds of nature, Rogue Spirit focuses on using nature and natural-sounding instruments of the era to reinforce it’s core visual theming. Like a musical score, it was more of an accompaniment to the stealth and action-focused gameplay and never pushed to overpower anything, yet the devs got a good balance of yin and yang through this; my only issue is darker themes, like the ones used for the bosses, would have been a nicer addition if they were sprinkled throughout the game, like when fighting a tougher opponent to act as a blood pumper. 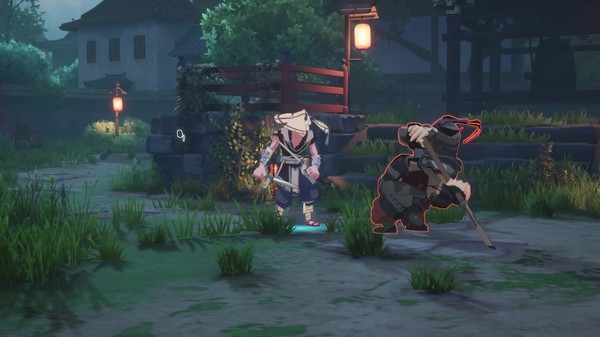 In its current state, Rogue Spirit is a distinctive rogue-like action title that stands out from the crowd with a real-world anime flare that not many games can replicate, as well as gameplay that, once picked up, allows players to find their own personal style of play. While it has flaws, they don’t detract from the game’s appeal.

At its current price of $19.99 on steam in early access, I can highly recommend giving this one a look, as currently, it is unknown if this price will change upon leaving early access.