The universe: an expansive yet massively unexplored space just ripe for the picking of those willing to reach out their hand and touch it. While in this world, we may never truly see what lies beyond the earth, Dual Universe aims to give players that authentic experience in an MMO-style format. Developed and published by Novaquark, this space simulation MMO aims high for the stars and hits some of those desires, but with others, it is like that rocket never got to see life with a scrubbed launch.

MMOs easily have some of the best storytelling devices around, usually with lore or a common goal, but with Dual Universe, that story is all in the player’s court. The game starts you off as a lone explorer, being able to fine-tune things like the color of your suit, what type of base you have, your vehicle of choice for exploration, and beyond a basic tutorial used to show off various functions of your base and controls, you decide your fate. The game offers suggestions via additional VR Surrogate tutorials on more advanced tasks, but these are optional. 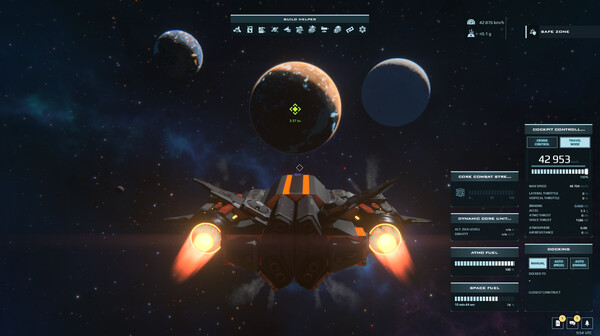 Leaving the story to the player is bold, something not many genres can tackle effectively, and while I do want to give props for going this route in an MMO, it only half works in this instance. During my time with the game, I found the lack of a narrative hard to continue, as it quickly lost some of that luster. As the game has little to no NPCs in the current patch, it is you and the random people you meet in the world or VR Surrogate to develop the world’s story.

Arriving on your planet of choice, the gameplay of Dual Universe revolves around exploration, building, and expansion, but it goes about it in a way that could be more interesting. To begin, you are given a plot of land, a base, and a bike/vehicle to start your own adventure. This plot of land is your base of operation, a starting zone for your exploration into the universe that contains the essentials like an item storage chest, respawn point, and a machine known as the VR Surrogate. 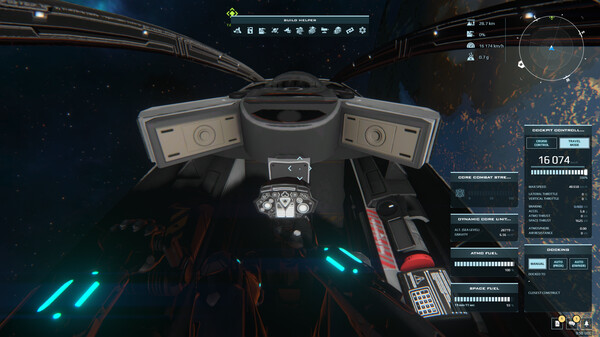 The VR Surrogate is unique in that it allows you to check out various other tutorials of things the player can do, such as learning how to build structures and the weapons used in PVP, the current only way to engage in combat as of right now. This machine also allows you, as the player, to explore virtual zones, ranging from showrooms of various products to hang-out rooms with fellow players. The only issue I have with the virtual zones is anything you collect from these zones cannot come back with you, making visiting trade hubs, outside of looking at shiny things you may want in the future, pointless.

Having the galaxy as your oyster to explore allows the player to expand and grow. While you are given a base to call your own, that doesn’t restrict you to just that one planet. By visiting special stations on the planet, you can travel to other planets to sell goods, gather materials, and explore. These activities make up a large portion of the gameplay and interactions the player will experience, excluding PVP. 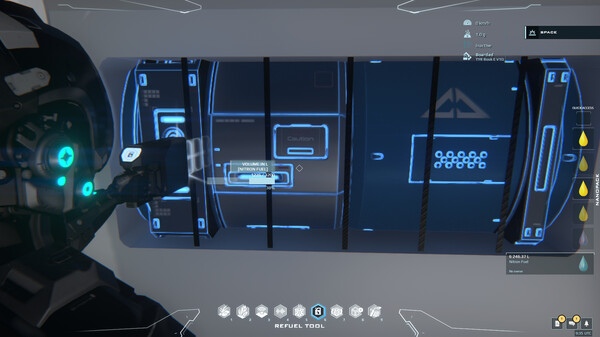 Before I delve into my thoughts on what I think could be addressed in future patches, I wanted to bring up the vehicle system. As with the base, to my current knowledge, you are given a vehicle to call your own to expand your horizons as long as you are on that planet. The speed of the vehicles is solid, giving the player an adrenaline rush as they fly across the ground below them and, when in space for PVP, the galaxy itself. However, the biggest issue for me is the lack of solid driving controls. I often felt like I was driving on ice or melted butter, slipping around and occasionally flipping my vehicle over.

That being stated, some things could be addressed in future patches to add more experiences for the player. To start off, NPCs. I enjoy having someone to talk to, especially in an MMO setting; thus, the lack of any NPCs in the market building, even the virtual areas, made it feel very hollow. Second off, more combat options. While I liked the PVP the game offers, I would love to see a system in place where the player can get access to regular guns to, say, protect their base from alien life—finally, more planets to explore—as a fan of exploration in games, only having a few options to branch out to felt restricting. This would allow for new materials to be made available, expanding the player-run market. 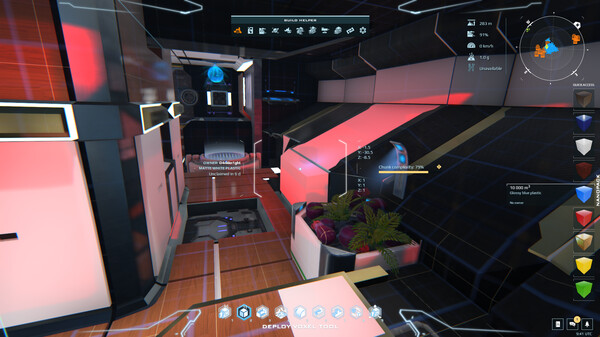 Stepping outside your base, Dual Universe comes in with impressive visuals for an MMO, but it often feels like it is missing something. Visually, the game focuses on the elements of nature and the stars, showing them off as the focal point, but this does leave some tough elements, like the world being barren of life and some lower-resolution textures. The use of light is commendable, making elements like the sun rising up or the planets and stars glowing in the distant sky a spectacular site to behold.

The soundtrack used by the game once again focuses on the elements of nature and space. The soundtrack opts to use futuristic-style sounds, with a mix of some orchestral bits in between, giving the soundtrack a unique vibe. The sound effects are another focal point for this title, utilizing sounds like crickets and the breeze to emphasize the feeling of nature, while more heavy tones and robotics come in when using machines or riding your vehicle. 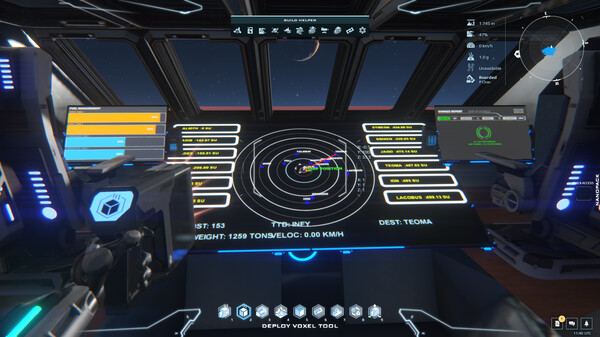 As night falls at the homestead, I find Dual Universe to be a solid start for an MMO that hits many elements out of the park but, in turn, has a few gears that need work. As a recently launched MMO, it provides what it promises, even if a few of those are in a rough state but will improve as the game receives patches going forward. Dual Universe is available on steam for $14.99 but will require additional playtime purchased from the Dual Universe website after that game time is used up.