FORECLOSED is an action game in a cyberpunk setting in which people are owned by the state and sold off. The player is put in the shoes of Evan Kapnos as his foreclosure on his identity leads him in an action game to save his life from those after him. FORECLOSED’s story revolves around the cybernetic implants within Evan and the plot to get ahold of them. The voiced acted story helps the narrative from place to place. The internal thoughts of the main character also give a nice touch to the game. FORECLOSED felt like the game was trying to be too many things while not really doing any of them well to brag of. 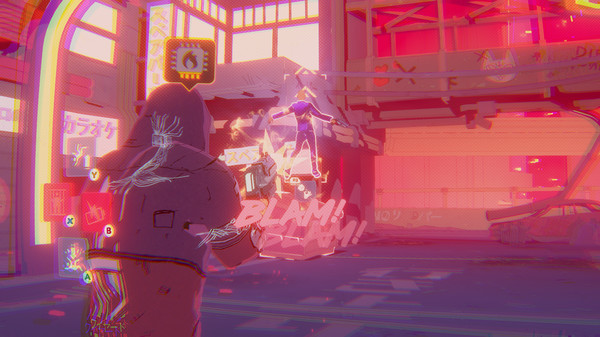 The style of FORECLOSED is a mix of dark yet vibrant, while the creative use of the camera is interesting. The camera style can be third person, top-down asymmetric like view, or from the few cameras in the city. The idea does set the scenes to be as neat as possible, but the drawback was sudden confusion from the transitions or trying to see where you are supposed to go or do in the top-down view. The different takes on the camera do not change how the game mechanics work. The odd puzzles or stealth segments felt more out of place in the top-down view, making it hard to gauge where to go and who could see you. For the puzzles, it can be odd to see what you are interacting with and have to go off the prompt. The colors used can be overly yellow and red. The heavy glow on the enemies makes them look even more generic. It would have looked better if they looked the same quality as the player character. 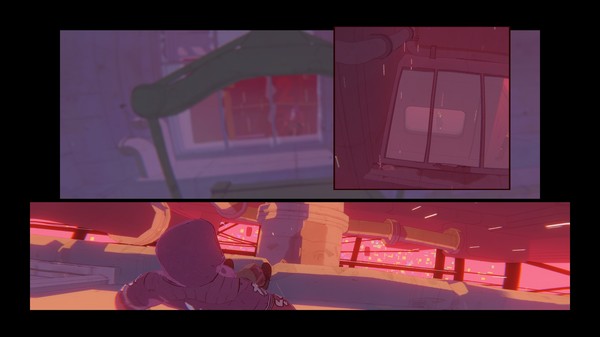 Gameplay is pretty simple as you go from place to place doing stealth/puzzle, then combat, repeat. This wouldn’t be so bad, but the combat is very lackluster. When you get your gun, you don’t have to reload, but you can overheat yourself. Leveling up allows for more points to spend on skills to use. These use the same overheat mechanic. There is a dodge mechanic but not a cover one. Enemies will slowly move to you or stand still and constantly shoot, even if they are hitting a wall. The upgrades can feel lacking to barely noticeable. The only one that did make me feel a big difference was the one that changed the fire rate to more of an automatic pistol. The issue with this was it didn’t feel to be an improvement. The cooldown rate felt overly slow. The action felt at a slower pace than how you had to play it. The upgrades to go through shields didn’t seem to really do what it claimed. The one to go through armor felt it really didn’t. Later on, you get more telekinetic powers that feel more useful. It wasn’t enough to make the activity enjoyable. The puzzles felt more like “Find this many in a room.” through the stages are areas to find for extra experience for more skill points. The worst ones were puzzles that forced me to backtrack to activate places. Many of the puzzles felt like a buzzkill to the already buzzkill combat. 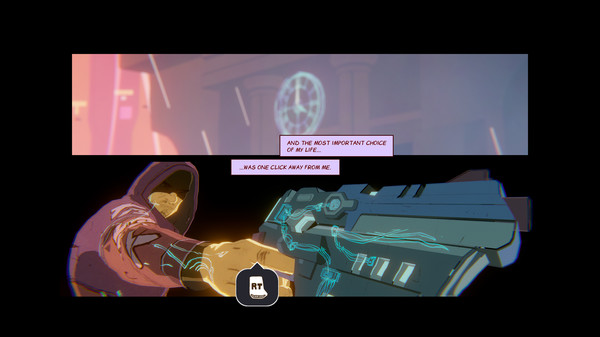 The most interesting and well-done part of FORECLOSED was the story. The story may be more linear in the comic or graphic novel style, but it still has lots of depth and is well thought out. Some of the more interactive parts can be awkward with the keys the player has to press or suddenly have to take control without more knowledge on what you need to do. I felt if it was just a full visual novel without the gameplay or puzzles, it could be a better improvement. The writing does a great job of leaving you unsure who you can put all your trust in—questioning the motives of all involved in this greedy world. 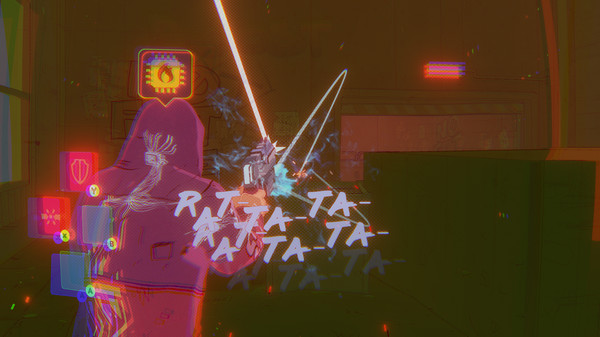 FORECLOSED tries to do too much at once in different ways, ending up falling short on everything but the story. The mechanics feel like a proof of concept, then a complete feeling. Overly simple, but it still feels like it just doesn’t work too well in combat. The puzzles feel too much the same and make the game feel more of a drag. The colors could be less harsh with less glow. I felt as if FORECLOSED was more of just an action game or more of a puzzle game. It could be a great game with the setting and story. If it became just a full interactive novel, I feel it would be an improvement. If you are a fan of cyberpunk games, it could be a look into just the story, but the gameplay leaves much to be desired as there wasn’t much focus on any aspect of the game but the story.