Canadian studio Evil Bunneh has a general reputation for cheap indie titles, with multiple titles on Steam, all costing less than $5 each. Urban Justice is no exception — the studio’s first Steam title retails for a mere $2 on Steam. Are they any good despite the low price? 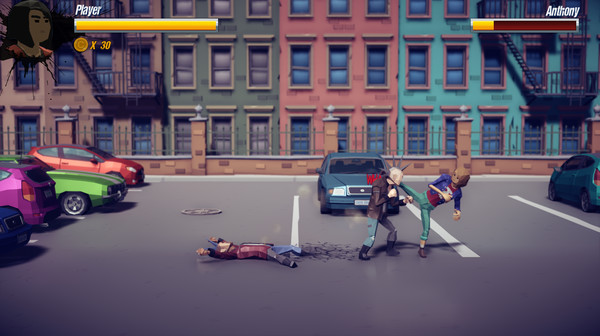 Well, I can only really answer that question for this game throughout this review. Urban Justice is a rather simplistic side-scrolling beat ’em up game. 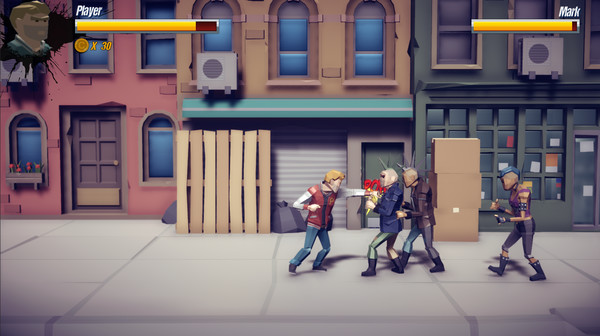 The game features two main modes: a story mode with 7 acts and a free-play skirmish mode. In story mode, each act has a story introduction as a rather loose setting before dropping you into the world with your predetermined character. You then have to progress from the left of the map to the right, beating up everyone you see along the way. 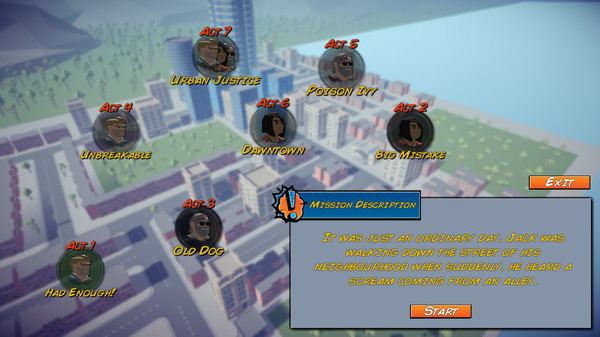 Controls are straightforward; you have your standard movement keys, a punch button, a kick button, and a block button. They work pretty well on both keyboard and controller but cannot be rebound to other keys. Story mode introduces you to the first three characters, each ostensibly with their fighting style, but I never really saw any difference between the three of them. All three of them control well enough, at least. An undocumented mechanic is the appearance of stacked boxes containing weapons and hotdog carts containing heals — but the game does not communicate that you need to destroy them. 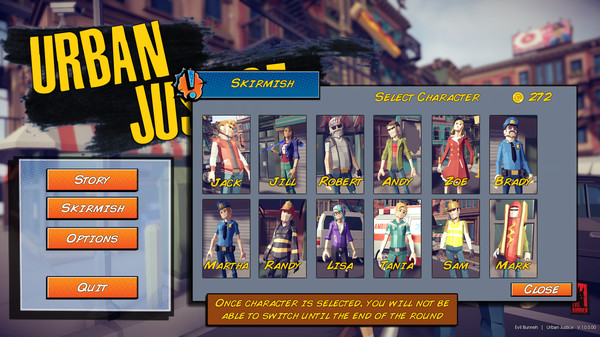 Unfortunately, such a smooth-ish control scheme does not quite translate well into appealing gameplay. Sure, the punch may have a combo associated with it. Sure, you can do exciting things with your attacks by attacking in mid-air. But, ultimately, the game is ludicrously one-dimensional. All I need to do is to corral all my enemies onto a single side, left or right (by jumping over one group of enemies, typically on the left), waiting for them to group up, then spam the punch button over and over. Effective, but boring. The kick and punch don’t combo together quite well enough for me to alternate between the two. As for the block button, I’m surprised that it even exists in the game, as it felt like how much of an afterthought. 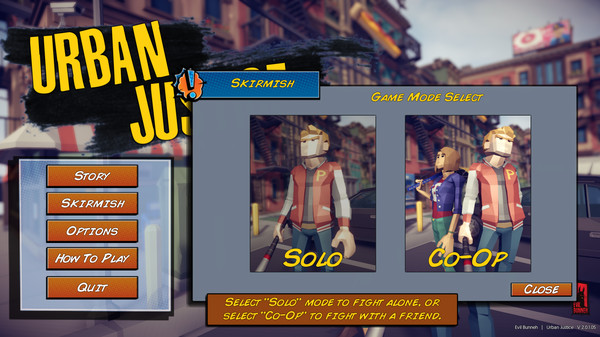 Skirmish mode, meanwhile, introduces a bunch of grinds to the game. Just look at the achievements the game has. 5000 kills in the skirmish? 500 boss kills? Are you serious? One of the easiest ways to straight up to get people to stop playing your game is to lock some achievements and rewards behind an insanely dumb and boring grind. It does not help; furthermore, that additional characters beyond the first 3 have to be unlocked by coins — and you get a coin for each kill in the skirmish, meaning you’d have to kill thousands of people to get them all unlocked literally. Still not bored yet? 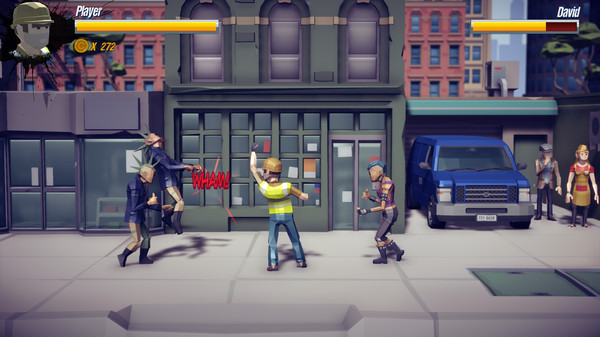 Speaking of bosses, the funny thing was the game does not make it obvious when you are fighting a boss. They blend in all too well with the normal mobs that I was fighting throughout the entirety of the story mode. I’d later notice that they looked slightly larger than normal mobs, which is kind of unbelievable in a game that is otherwise more true to life, set in a primarily believable setting (apart from beating up the lawless mayor, but that’s another thing entirely). Story mode is also incredibly short, lasting just over an hour. It is not a whole lot of bang for your buck. You could argue that most of said bang comes from the skirmish mode, but at that point, the high number of kills required for achievements screams a lot of artificial inflation. 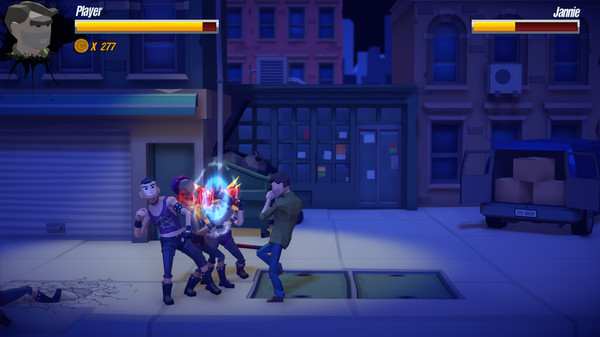 On the bright side, the game has a rather charming low-poly art style going for it, and that it’s relatively easy on the eyes. The soundtrack, on the other hand, is not particularly notable, inoffensive but still there. There’s also a local co-op function that I could not test, but at least you can drag along a friend for the boredom ride.

The good news is, this is cheap and can be enough for a lazy afternoon. The bad news is, this is so uninspiring that I’d rather play something else. It’s not terrible — just tepid, and I do not for a second believe that it can even stack up to the well-established titles that this game name-checks name-checks in the second paragraph of the review.

Perhaps I’m asking for too much from a $2 game. Maybe I at least want even the cheap games to have a modicum of enjoyment, quality, and depth. Who knows?