Somewhere far into the future in China, machines have gone rogue destroying anyone in their path. You and a band of renegades are tasked with taking out all main forces that are causing the sudden uprising grip of power. Equipped with your trust AI, advanced armor suit, and upgrade armory laboratory, you are prepared to go all out against this evil foe. 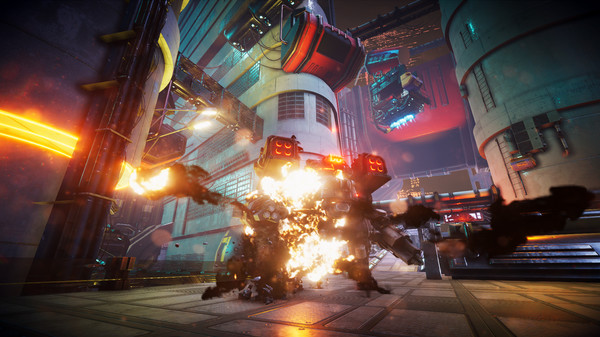 Gene Rain: Wind Tower is a third-person arcade shooter with a little bit of story mixed in, I think. It takes place in future China, where the advancement of machine and electronics are everywhere. There are literally no human or life present in the world you roam in. But that’s not to say they don’t exist entirely, but very rarely do you see one in a cut scene. 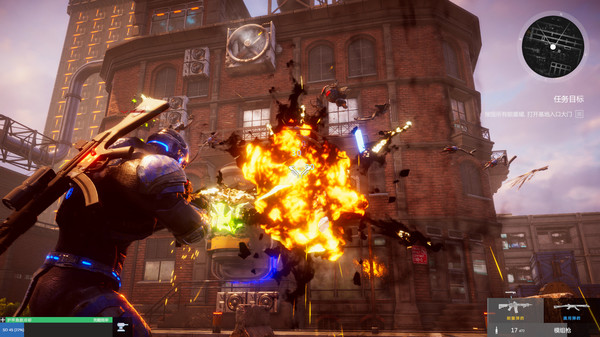 Most of what you can expect in this game is shooting some robots, shooting a box that opens the next door, and that’s it. There are various weapons you can pick up throughout the different levels to use or keep, and then you have your main weapon. Your main weapon has different upgrades you get from completing levels throughout the game. It can be equipped with special ammo that can enhance it in special ways, such as bouncing bullets. Or change it into a sniper to do more damage. Even make it shoot faster regardless of what you choose. 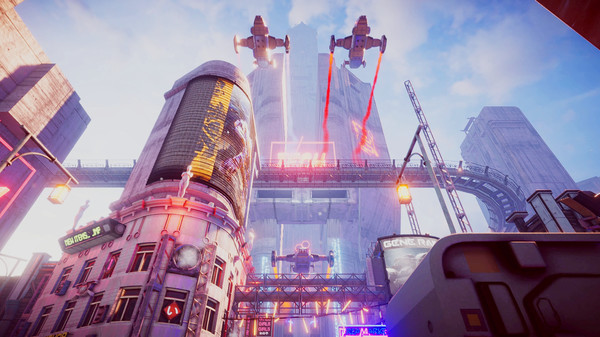 This game feels like a very basic arcade shooter; there is very little variation between levels besides maybe enemies that look different but do the same as the last. There is some more advanced combat implemented into the overall gameplay, such as using cover and being able to shoot over it and moving around it. But it’s super unrefined. A lot of the mechanics in the game are clunky and limited. Alongside that, it’s a very linear system that makes the game get dull very quickly. Explaining the limitations within it and how they made you do things in the game was so infuriating, it really makes you realize the freedom you have in almost any other game. Not being able to move somewhere during the dialog in the middle of the game, the camera locked when only being able to sprint forward, and getting stuck in a certain position when coming out of cover are just a few. 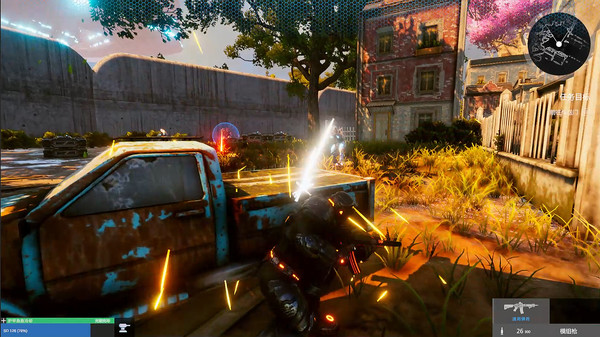 At first glance, everything looks pretty, but quickly things go downhill. While your character is super detailed, the enemies, effects, and textures on everything else look like they came out of a Playstation 2 game. Even the animations per character and enemy are super rigid. It’s hard to process where they were going with everything when nothing matches and feels out of place. The effects are so low quality; it throws the dynamic of the game off. Especially when they’re overblown, and you’re constantly killing waves of enemies. Then they have cutscenes that are either extremely low resolution or they were made in an entirely separate decade. Which makes it feel like this was originally made for mobile or the arcade shooting machines you’d see at the movie theater that you would play while waiting for friends. That environment is what the game really feels like it would be better in. Tie it in with the sound effects, and you get a really odd combination of the same sounds being repeated so quickly, it takes a toll on the ears though the voice acting was really well done for each character. 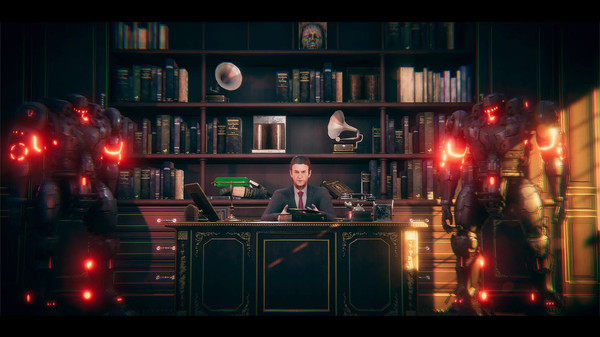 Gene Rain: Wind Tower is made by an indie Chinese dev team; knowing this, many should understand this was, of course, originally in the Chinese language. Many times in the game, it switches between Chinese and English at random times, which is perfectly fine because the team made sure there were English subtitles. But even with that in the game, it was incredibly hard to understand what the story was actually about. It was either the language barrier or the skip cut of how fast the story moved. You and your AI start to take out some kind of evil that has taken over machines that are used to guard the cities. Blow up robots over and over again, destroy some kind of main center, then move on to the next area. And that next area is basically the same but in a different setting, like in the desert. Even when you need to go save someone, you do the same thing, but in the end, you now have saved someone. Not entirely sure if it was a government thing, or just some evil thing was taking over, though it seems that the whole world is affected by this. 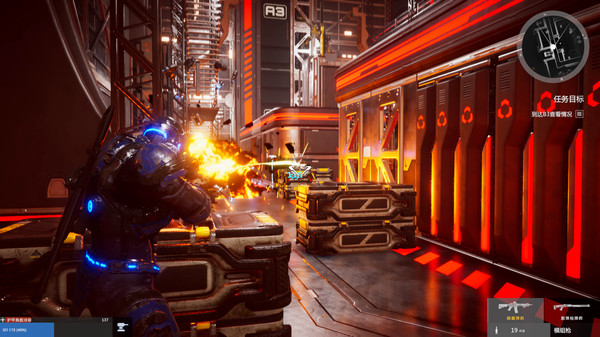 Starting the game out, it seemed fine as a regular arcade shooter. As I spent more and more time going through all the missions and it got too repetitive. With no clear story, clunky mechanics, and seemingly no attention to anything in the game visually, it was an awful experience to complete. With more time refining just the little things, it would have been a much more pleasurable game to play. It felt like a bunch of puzzle pieces forced together that didn’t fit and were not from the same box.

It’s definitely not a bad start for the first release by an indie team, but for such a small setting of a game, it seems they could have just waited a little longer, refining just some small things, and it would have made the game feel so much better. You can grab Gene Rain: Wind Tower on Steam for $12.99. If you’re looking for something to pass the time with an arcade feel, I’d recommend picking it up on sale.