Awaken warrior; you have been chosen to fight! Loki has wreck havoc across the local lands; it’s time to pledge to a god and obtain their blessed powers. Be wary though, Loki’s tricks and minions plague the land along with the wildlife. Sharpen your weapons, tighten your armor and breathe the winds of the gods, for there might be more than the eye can see. For Midgard!

Rune II is a hack and slash RPG where you explore the lands as a Viking. Various creatures roam the land and other humanoids that you will encounter. There are different gods you can vow to, a lot of different gear to acquire and some survival aspects as well. 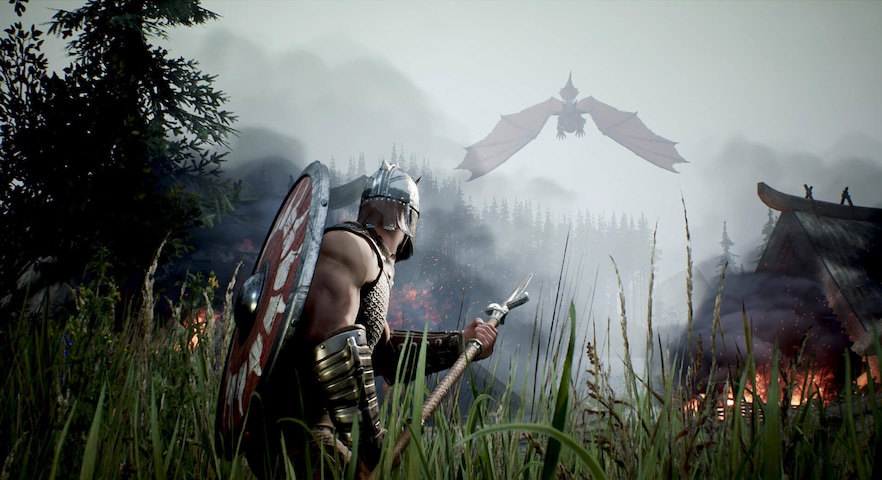 This game isn’t really a single-player type, and it runs similar to something like how Ark or Conan Exiles are set up. There are private servers you can purchase or join some of their official servers. Between servers, you can choose either PvP or PvE, which is kind of odd, because one of the main points of the game is to defeat Loki, which brings everyone on the server to one spot to fight him. You start with a tutorial that goes through the basics, then choosing a god. The only effect that has currently is the ability you get between the three that are given to you. From there, you have to start getting better equipment through either killing enemies, crafting, or finding chests with loot. Each type of gear has a certain rarity, and with each rarity comes better enchantments or stats. One thing to take note of is that gear can break. If it breaks, you lose it forever. A positive side is being able to disassemble the item and receiving the crafting recipe. Then you will be able to create more gear pieces that you might like and be able to get better stats. There were some problems with how the UI was handled and controls in the menus, such as the inventory. At the time I was playing, there was no way to turn off auto equip. It doesn’t matter if it better rarity or has better off stats; it will equip anything that has a higher base stat, such as just armor or just straight damage. It does not take into consideration the alternate stats, such as added bonuses that would make the item you might have equipped much better. Moving and splitting items was also a hassle, especially through your personal stash. 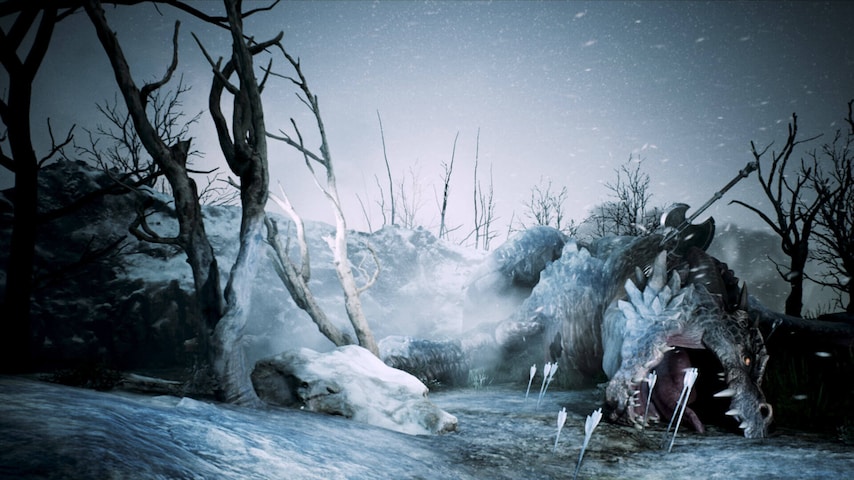 Combat is simple yet effective at making it feel fluid. Combined with some magic powers, it doesn’t get too stale, even though the combos are few and far. The main point of the game currently, is to collect relics from different spots on the map to help in your fight against Loki to keep Ragnarok from happening. Depending on if you’re on a private or public server, there is a set amount of time that counts down before the fight begins, which will teleport you to an arena-like area to fight Loki and his minions. After driving him back, the timer resets, and you go back to leveling and finding better gear. In order to actually defeat him, you must become a very high level and use certain weapons that can actually hurt him. After all that, it’s rinse and repeat. 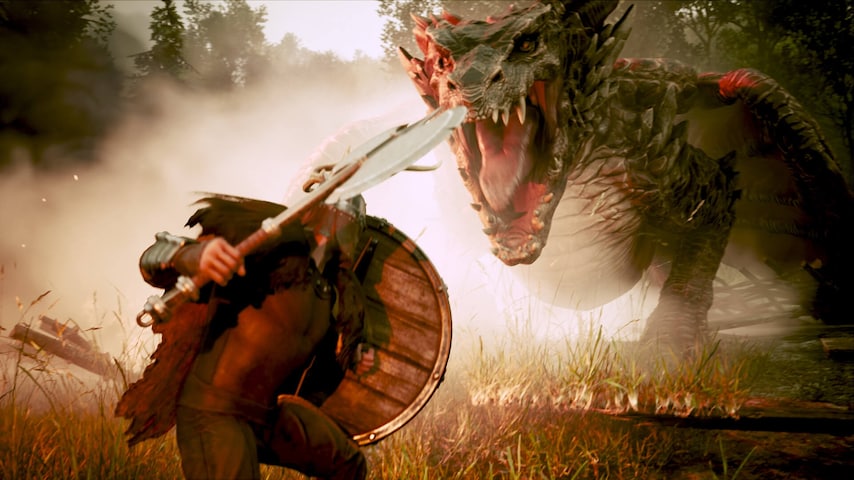 Rune II looks great but also has its visual bugs or weird disconnect between tree texture and the leaves being so far apart. Nothing feels like it can take you out of the immersion of the world, besides visual cues for important objects. Effects for a lot of things are done well, such as frost coming off of a maul, or flames on a sword. But some effects that are applied to a boss or events that happen in-game are set in a way that looks very odd. The sound quality of the game is great. Everything to the voices, hitting something, cutting trees, or random sound effects. Though there are sometimes where the volume of sounds are explosively more loud than others for no reason, some parts of the game where it initiates the soundtrack can get annoying. Whether it be the constant on and off combat music or bad transitions between the different areas on the map, a big downside to the soundtrack itself was the music didn’t feel right. It didn’t give off any Viking themes or Norse type of sound, but just generic battle music or run of the mill epic-sounding music. 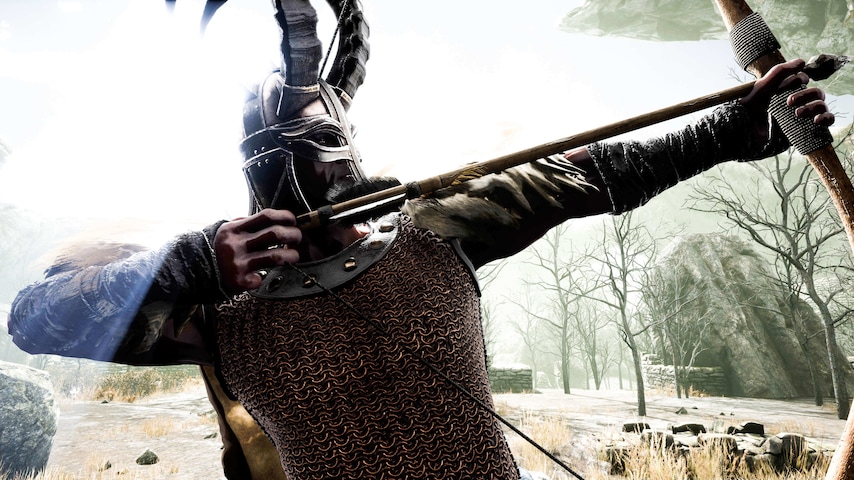 Most of what was said before is the core part of the game and story. You’re a warrior, alongside other warrior players who may or may not be friendly, and you choose a god you want to be loyal to, then fight Loki. If you know or like Norse mythology extensively, then you probably would understand most of what in the game, like the different relics you have to obtain to fight Loki. There are snippets of banter between Loki and the gods, but nothing story-wise. They don’t go more why he wants to destroy Midgard, and it feels like they expect you to understand that he’s always been trying to. 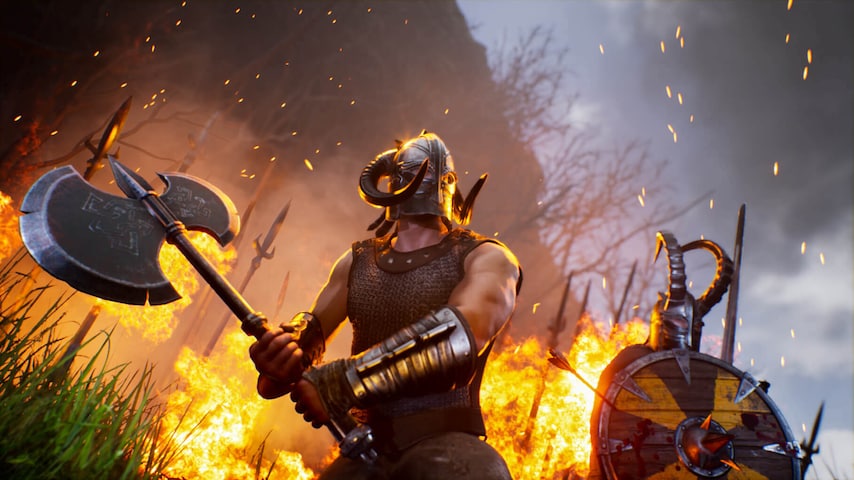 It was an enjoyable experience with friends, but not alone and definitely not alone on a server with random people. There’s no real incentive to interact with anyone or do anything with anyone. Even with the fluidity of gameplay, it gets stale fast. The core of the game is just to keep grinding in like fifteen-minute increments, to get to a level actually to kill the big bad boss. Which in the end, win or lose, has no repercussions and rewards as good as something you might find in the world. The gear progression is interesting, with the progression of rarity and crafting, but falls short due to little variety. Some weapons are just remotely better, and there’s no use in finding a different weapon when you can just keep making the same one. Maybe besides finding a better version of it when you are a higher level.

I only was able to play with friends as I saw no reason to experience the game alone. There are similar games to this one, but don’t have this weird constant setting for fighting a boss, interrupting gameplay. Which was cool the first few times, but playing hours at a time, it was annoying and dull. The fight was always the same with no gratification. You can pick up Rune II on Epic Games for $29.99. I cannot recommend this game unless you are super into Viking related games or want to try out a game with a handful of friends. At the time of this review, it is not on Steam as of yet.