Waking up in a snowy winter wonderland, you are awoken from a sound blaring from the radio room. Panicked sounds come through the speakers, giving coordinates, and asking for help. Now you and your partner are tasked with figuring out who this could be and why they would even be out here. 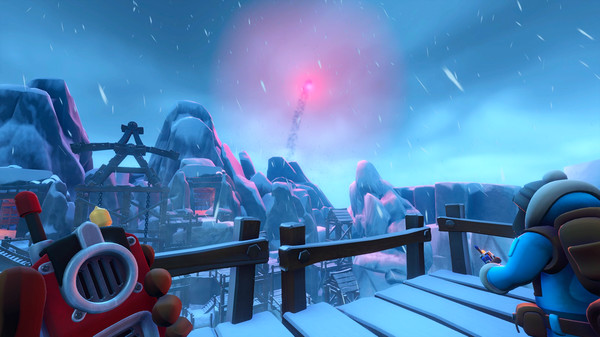 We Were Here Together is the third installment of the series. The first is We Were Here, and the second is We Were Here Too. The games are a co-op puzzle adventure that requires two people to play. As you play, you and your partner must communicate through radios in order to figure out a whole puzzle from two different sides. It will require teamwork and some time to solve each puzzle, and most likely, some retries. If you have played the previous installments, you will notice a connection between the games, but it’s not something that is required to understand what happens in the game itself. It’s more of something you’d notice if you have experienced the previous games before but doesn’t impede the enjoyment you could get out of the game. 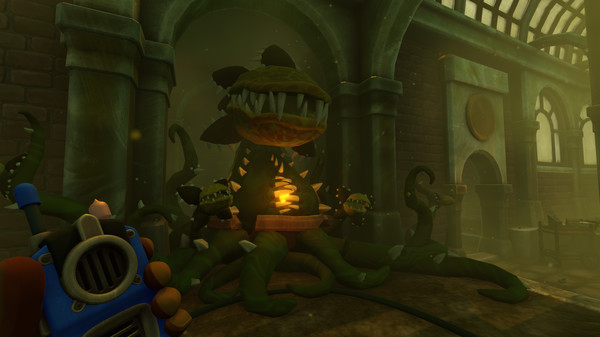 Right off the back, you are just thrown into solving puzzles a bit too early. Not sure if they expected people to understand from their previous games or not, but at first, the first couple of puzzles are kind of tedious and feel like something they added into cram in as many puzzles as possible. Though it could also be there to get people to understand how the game is going to be played, each puzzle you encounter will get a little bit harder and longer. Puzzle difficulty will depend on either how well your problem-solving skill is, how well you and your partner communicate, and understanding the situation on both sides of the current puzzle. Also, depending on what side of the puzzle you are on can increase or decrease the level of difficulty when paired with everything else said before. Even with all that, the problems you will face will be a lot easier as soon as things click in place when said correctly by both sides. So communication and explanation can get you through much easier if done correctly, or you might end up sitting there why one thing didn’t work when someone wasn’t explaining their side in the most concise way possible. But trial and error is always a good route, almost inevitable when it comes to any puzzle-solving. That is the core of the game, solve and move on to the next. There isn’t much actual adventure or exploring, and it’s pretty linear to the goal. No out of the box thinking to solve a puzzle, which makes it easier, but kind of duller, a lot of I have this, and they have that, so that must mean this. 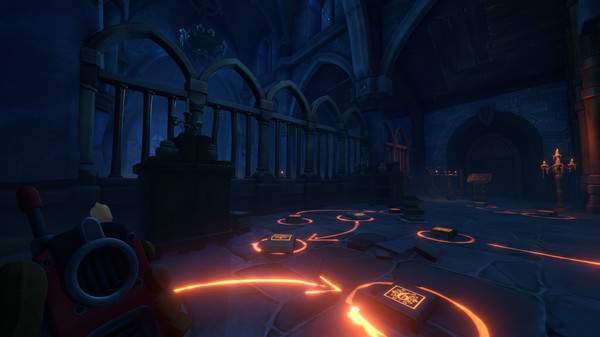 It feels like each installment of the explains a certain story of the current people you are playing as. But it also explains the main story that is really going on in the background. There are hints of what happened, why it happened, and how everything went down. But at the same time, you don’t need to know the other parts of those story pieces to understand what is going on in the game. Each feels like a short story, but in reality, it connects together. When you start a certain path, you are stuck with it till the end of the game, and it will either be harder or easier for you in the end. This will also give you a different part of the story depending on the side you chose. Each puzzle solved will uncover a piece of the story of what happened to the previous people that were there, and the overall story arc of the place that you are currently in. All of this happens in a castle filled to the brim with these puzzles. Though they never touch on why or how the puzzles have to do with anything. 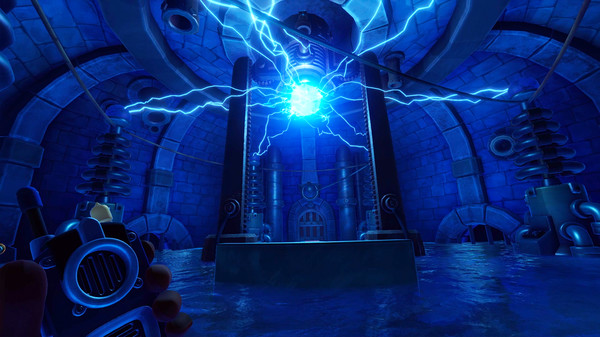 The overall visual of the game is like a very smooth polygonal, cartoon-style — nothing scary or harsh to look at. If you’re straining your brain on figuring out puzzles with someone, at least they made it pleasing it look at. At first, it’ll be snow and arctic landscape, and then in an almost warming castle. Indicators for many of the objects that you encounter aren’t going to be blurry, and everything is clear to see. Now the sound is something else entirely. The first thing you’ll notice is the weird thing they did with communication. Even with everything turned down and max volume on the radio, it was incredibly hard to hear the other person. This leads to the next problem with how they paired the sounds. Besides your voice and your partners, other characters appear in the game. The voice sounds are connected to another source, like the effects. So you either will hear nothing in-game with silent voice dialog, or it’ll be so loud, you can’t even talk over it. The game also makes sure you understand that apparent parts of the game require those sounds, and turning them down can cause you to miss something. You would have to get used to your eardrums being blown out during dialog while attempting to hear effects in the puzzles, which brings us to the soundtrack. Sometimes you wouldn’t even know the game had one. It’s very subtle but quieter than anything else in the game, making it seem like nothings there. Though nothing too exciting happens while solving puzzles, it seemed like there was a constant silence while trying to figure out things. Not even ambient noises were noticeable if there was any in the first place. 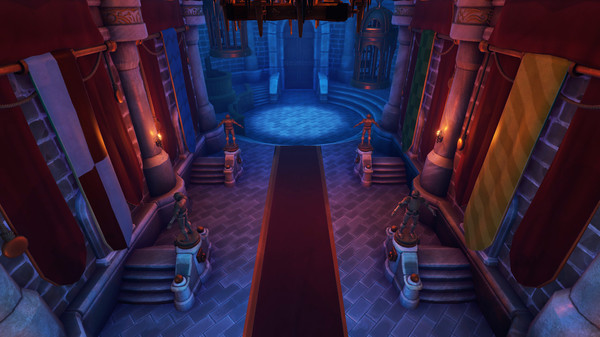 One thing to notice is that it’s just a puzzle game. Something casual, you can play with a friend to pass some time. It’s nothing that requires you to beat a clock, or is anything so difficult that it feels rewarding that you finally passed something. And the story is nothing you’d want to keep going at to figure out the story. It’s just there to fill in between the gaps while you move on to the next obstacle. Not saying it would require it, but the puzzles didn’t even fit into the game itself. It seemed like it was something random that had the theme of the castle or whatever else is around you. It didn’t feel incorporated with the puzzles with the story, or vice versa. In my opinion, if they have puzzles with a story, it would feel better if it felt like they were connected in some way. But it was like experiencing something else from a different game that was just put there to have some kind of end result that didn’t play out well.

I did have fun in the game, mainly because of the friend I played with made it fun. Solving the puzzles felt like something we could bounce off of each other and make it fun. Which brought up some of the points stated. I feel it wouldn’t be as good as a time if you were doing it with someone random on the internet through the browser in-game, especially if it’s someone who doesn’t have patience. I think the game is more intended to play with a friend instead. Just being able to experience it with someone you know makes the overall feeling better, even though some of the problems we encountered, not being the puzzles. You can pick up We Were Here Together on Steam for $12.99. And also, their other installments are on Steam, the first one being Free to Play.