Monark is a JRPG made by Japanese developer Lancarse (including members of the team that made the earliest Shin Megami Tensei and Persona games) and published by FuRyu (localization by NISA), purveyors of odd (and sometimes awkward) JRPGs of nearly every variety. Each and every one of them brings new and often strange bits to the genre. Monark is no exception. We get the setup in the opening cutscene: A Japanese high school, seemingly like any high school you would find in every village, town, and/or city you can imagine, suddenly engulfed by a force-field dome of unknown origin. If you think that’s strange, just wait—this is only the very beginning.

From there, it’s on to a semi-tutorial on combat with our “protagonist,” whom we’ll meet for real in a few minutes. After a short conversation, we’re unceremoniously dropped into a misty hallway for introductions and a short-ish (RPG standard) info dump. Over the course of a few dozen hours, you’ll fight, laugh, cry, break huge gems by looking at them sideways, pry into your squadmate’s personal lives, and all other manner of activities… Oh, and be addicted to your phone. 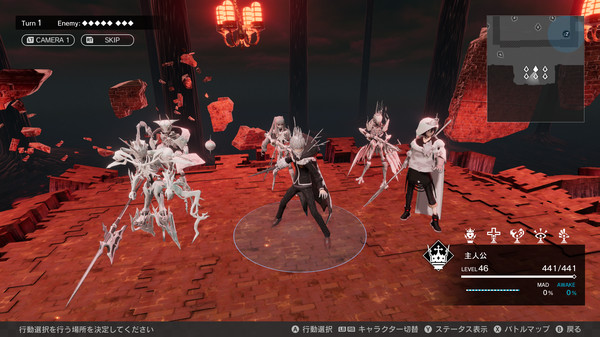 Monark is a long, dense game in a small environment—you’re restricted to the school’s campus, which, while larger than the average high school (more like a tiny college campus), there are lots of things to see and do here… So long as it doesn’t involve actually going to class. Somehow, most of the buildings on campus have come down with some nasty pollution problem, and your job will be to clear it out and bring down the barrier. If you can manage it, life can go back to normal (or what passes for it these days). Nearly every scrap of visual assets is geared to that end (and to making life difficult for you): Hallways, classrooms, and so on full of Mist (that’s what they call it), combined with the parts of the soundtrack give the entire thing an eerie sort of feel as you explore the various buildings. Lest you think that’s creepy enough, the Mist affects the minds of the people within it, driving them nuts over time—including the protagonist and his current companion.

With all that in mind, the visuals come together nearly perfectly—not the most realistic of setups, but in a game of this type, they really shouldn’t be. Everything is tailored to fit the themes presented. Some parts of the environment are pretty straightforward—hallways, classrooms, buildings, and such are laid out logically in some places, almost mazelike in others. All of that was presented in an anime-inspired art style that somehow managed to be gritty, creepy, and nearly cute simultaneously. 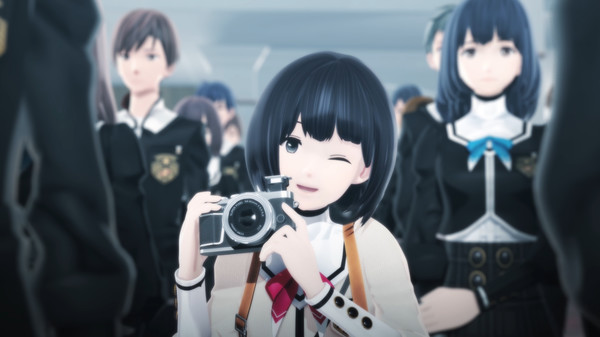 Looking at the soundscape overall, there are a few things that should be addressed—the soundtrack has some really nice pieces in the fifty-two (!) individual tracks included in the game. If you feel like just having a listen, there’s a music player in the Library section of your phone menu that’ll let you sit there for hours listening to the bits you’ve already heard in-game. The effects, on the other hand… Not so much. Footstep sounds seem too loud for the environment and seem a bit… Off. Combat sounds fare a bit better, with metal-on-metal, metal-on-bone, and voice work coming across cleanly, if not particularly weighty.

As described in passing detail above, gameplay can get a little tricky—everything in the game is based on Alfred Adler’s theory of Individual Psychology and the Seven Deadly Sins: your Companions (and enemies) represents not just one of those sins but a fail state in the works of Adler—even the protagonist. Each of these Pactbearers (and you will face them all during the game) has three Ideals, which need to be broken to clear the area you’re currently in (and bring out the Pactbearer so they can get their butts kicked properly). It behooves the player to get comfortable with the combat system, as you’ll be doing a lot of that, not only for better vessels (gear) for your fiends but also for the currency in the game, known as Spirit. Spirit can be used in two ways: To get consumables from Vanitas (the protagonist’s creepy-cute “Monark,” and to upgrade your level and skills. 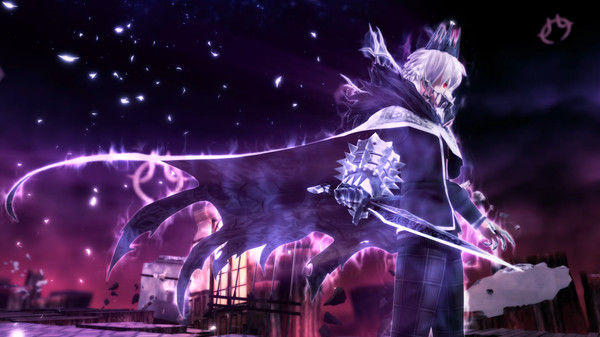 Here’s where the game can get frustrating: You’re going to spend most of your time playing the game grinding Spirit, and there’s not really a way around it. All characters (Humans and Fiends alike) use a single Spirit pool for their builds, ranging in cost from 30-40 Spirit per ability early on, too, in some cases, as much as 20,000 for the protagonist’s heaviest skill. Each one you buy gets you a level (the cap is 99), and large parts of the tree will require you to get skills in other parts of the tree. Some of them can only be purchased once, with others having three or five levels available to buy to get to full strength. With seven Fiends and five Humans to get to at least level 75, you will have to run through large numbers of battles in the Otherworld arenas to get everything you need to complete the game. Just for fun, there’s even an achievement for obtaining two million Spirit points.

That said, there are several battlefields with distinct phone numbers that you can raid for Spirit, Vessel drops, and all the other fun things in life. Any input will work, but dialing numbers at random will pretty much guarantee to get you into a situation that you’ll regret almost immediately, even at level 99 and all the EX vessels you can get your paws on. It’s not necessarily bad, as it’s still not quite to NES RPG levels, but it can get old rather quickly if you’re not used to it. In addition, if you want all the things, you need to get battles over as fast as you can for a high rating (and thus more Spirit) whilst eliminating all the enemies on the field for drops. Story-related fields are a bit more forgiving with this, and they can be replayed if one chooses. 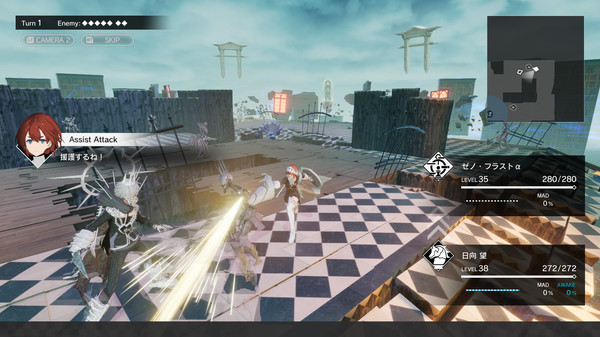 The story in Monark is easy enough to wrap your head around early in the game, you’re trapped on the Shin Mikado Academy campus, and you have to clear the Mist and defeat the Pactbearers to get out. Seems simple enough, right?

No can do, Chief. Under that simple exterior are deeply flawed people, messy situations, and a whole lot of dark coming from everywhere around you. Some of your potential allies are part of the problem, and the people you should trust most are the ones most likely to want to turn you into chunky salsa. Each of them has a story, its own foibles, and weaknesses, and you’re going to see it all over the course of the game. Even then, the bulk of the story is told in snippets picked up in various documents scattered around the environment, as well as smaller stories amid the puzzles that make up the various floors you have to navigate to get to each Ideal. It’s complex and confusing if you don’t manage to hunt everything down and actually read the notes in the Library section at some point. It’s a lot to take in, but if you take your time and explore carefully, it’s a rewarding experience. 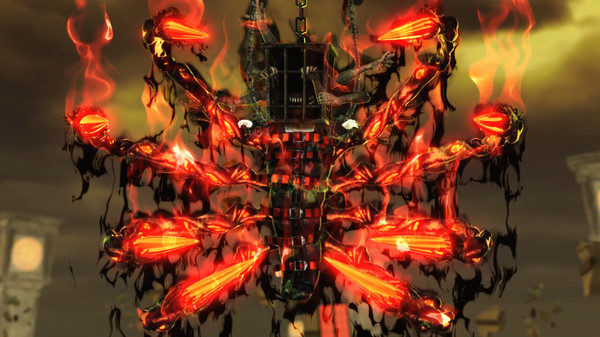 Technically, the game is about as solid as it gets unless you want to target more than one enemy in combat with an Area of Effect attack. On my trusty (and long-suffering) PS4 controller, getting things just right can get a little touchy. However, it’s still satisfying when you whack them all AND take out the wall behind the one over there you could just barely reach with the corner of that cleave attack that’s blocking in the last fiend you need to clear the arena.

In the end, Monark is a good game with a solid (if ultra-dark) story and a lovely soundtrack. There is much to see and do at Shin Mikado Academy if your Ego is strong enough to take the heat. Coming in at eighty to a hundred and twenty hours per playthrough (and you’ll want a second one to get some of the final bits for 100% completion) at the usual $59.99 price for the basic edition (which is all you really need), you could do a lot worse.