Co-developed by two studios based out of St. Louis, Kombinera is a challenging puzzle-platformer game that was released at the start of April 2022. Graphite Lab’s past portfolio includes a plethora of mobile games; Kombinera is their second Steam title after Hive Jump. As for Joystick, this is the studio’s first title, developed as a subsidiary of the former studio. Meanwhile, publisher Atari is an incredibly famous name in the world of gaming, though arguably a shadow of its former self nowadays. The publisher has seemingly attempted to expand into publishing various arcade-style indie experiences that play out as simplistically as the arcade games released during their heyday, and this game, on the surface, looks like a solid addition to its catalog befitting the whole theme.

Seriously, just look at it—a purely 2-dimensional game (this reviewer’s favorite!) with a minimalistic style. You have a series of circular balls placed in multiple levels of rapidly increasing complexity. The objective of each level is to combine all the balls into a single one simply by moving them into each other. You start out simple with pure white balls before gradually progressing to having to combine balls of other colors that each has a special feature for each color. For example, at the start, you get pink balls that are immune to pink spikes. Later, you get yellow balls that destroy yellow walls/floors. Then you get green balls that are immune to green guns. And so on and so forth. 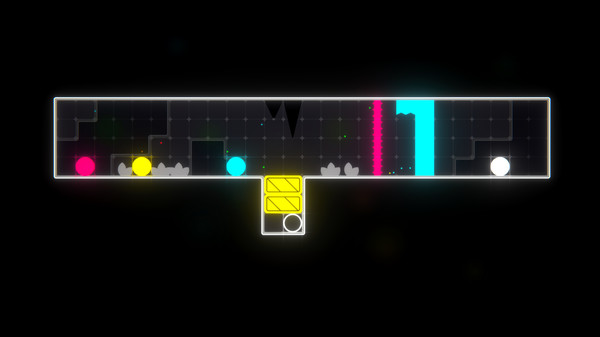 Kombinera really starts to shine when these various, differing balls are used in the same puzzle. It’s also where the general bulk of the complexity lies. All balls are controlled at the exact same time, so you’ll have to strategize your moves carefully — a move that is safe for one ball will end up killing another ball, for example, so you’d have to either find a move that is safe for both or use a wall to waylay the progress of one ball while you move the other one with impunity. The fun comes when you have to use a specific colored ball to deal with a specific obstacle that can’t be dealt with by another ball.

At the least, the controls are easy to get the hang of, befitting the minimalistic theme. The standard left and right controls move the balls left and right (no surprises there), but the key mechanic to note is the presence of two differing jumps: a small jump that only clears the ball’s height and a larger one that allows the balls to leap over higher walls. This is where more nuance is added, as puzzles require you to combine the different types of jumps depending on the immediate surroundings. 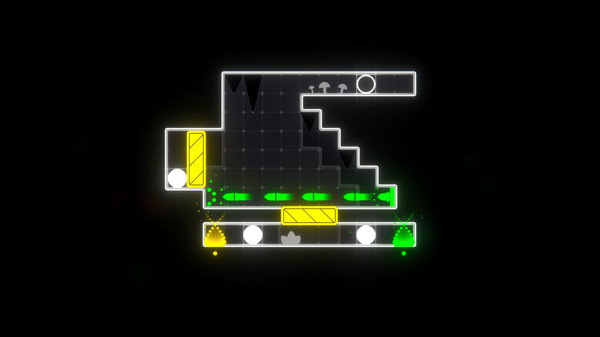 There is certainly no shortage of content in this game. 300 levels? Insert the “This is Sparta” reference here. There’s certainly a ‘Sparta’ of levels here to slowly work your way through. Add to that a bunch of secret levels that can be unlocked by collecting special crowns that appear in some levels — these aren’t even easy to get to, and you’d still have to finish the level to collect them completely.

Yet, to me, the way progression is handled in this game leaves a lot to be desired. Some of the puzzles are incredibly challenging and require immense coordination. However, if you lack said coordination, you are absolutely stuck there. Progress literally becomes impossible if you can’t beat a single level. I would have wanted a system where you only needed to beat a certain number of levels in a row to unlock the next row of levels and so on. 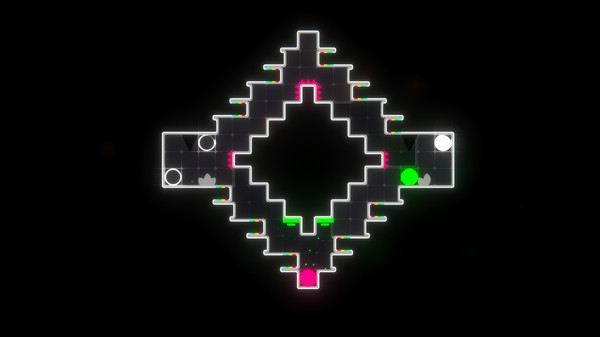 Kombinera also struggles to decide where it lies when it comes to speedrunning. There are timers for each level, with a par time to beat. While this would encourage players to replay the levels to lower their times, the game handles level restarts ludicrously poorly. Finished a level? You have to back out all the way to the main menu, check your time if you didn’t quickly see it, then replay it from there. This situation is even more egregious at the first level of each level block, as there is a cutscene to sit through, some fancy flashing effects signifying the start of a level block before the level starts proper — and NONE of these are skippable. A classic system where you are presented with a results screen and various options to either restart the level, move to the next one, or go back to the main menu would have worked wonders here.

Though this is less of a con due to the optional nature of the secret levels, the secret levels are…just not good. They are overly difficult for the sake of being difficult, requiring unprecedented precision in a game that doesn’t seem to afford you said precision at times. 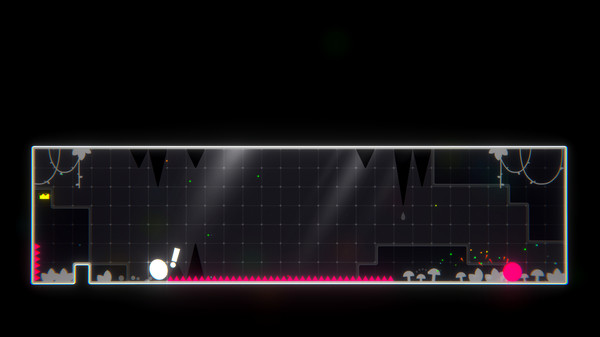 At the least, though, all of this is wrapped up in a space-y feeling theme, with charming graphics that are easy on the eyes (though there is a warning at the start of the game warning about the flashing effects) and a calm, relaxing soundtrack that at times feels the opposite to the levels which can be rage-inducing at times.

Kombinera is available on many platforms, with the Steam version being the one playtested here and retailing for $14.99. Though the game is overall pretty good and a neat combination of precision platforming and brainteasers, a few factors are holding it back from absolute greatness. At least these factors, for the most part, aren’t things that are completely unfixable.