It is rather amusing when the credits for the publisher team in a game end up being way longer than the actual development team. This is the case here with this title, Sweet Transit. This is Lithuanian solo developer Ernestas Norvaišas’ first game, and the developer has a history of previously working at Wube Software, the developers of the well-loved Factorio. Publisher Team17 has similarly had a reputation for the Worms franchise and publishing other quirky and beloved indie games — yet has also had its reputation tarnished by an ill-advised excursion into Worms NFTs. Let’s put that aside, though, and focus on the game, shall we?

Sweet Transit is a rather open-ended city builder game themed mainly around trains. For whatever rhyme or reason, the evolution of technology somehow stopped there; trains are your only means of transport in this virtual city game. (I kid about the cessation of the evolution of technology, obviously.) Starting from nothing (with a certain amount of starting resources), you have to gradually build up your city, reach milestones, build more things that you unlock from reaching said milestones, and so on. 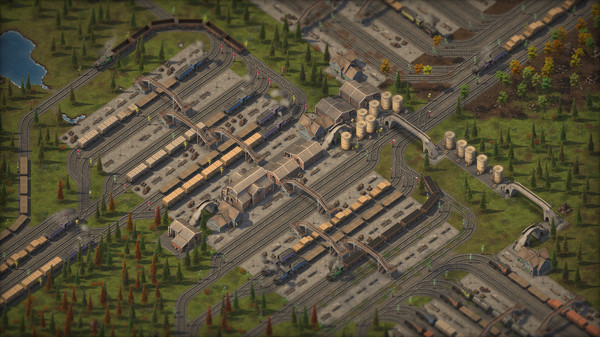 A series of tutorials teach you the various game mechanics. The first one teaches you about the basics of the user interface, the various controls, and then building things and creating train routes. As you progress through them, you get tutorials on managing your colonies, creating trains, and then eventually placing signals to control your train network.

Though I have personally felt I learn better by doing instead of learning theory, I also feel that separating the tutorials from the actual game makes it harder to apply the concepts to an actual game setting. The learning curve is also really steep with the various large amounts of mechanics to learn. This game demands a lot of your time to really learn and remember how everything works. 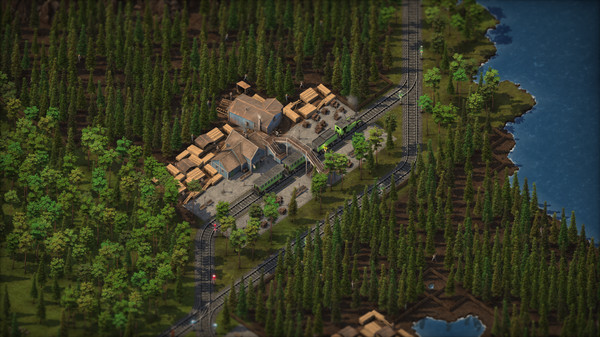 The actual game itself is somewhat open-ended. At the start, you are allowed to generate your world with a few tweakable settings procedurally. (Alternatively, you can select the Paris world to start out with a rudimentary village and a pre-built railway network.) You can make it large, increase or decrease the water/mountain density, and tweak a few other settings before starting. It allows you to tweak the world to be as easy or as difficult as you choose (with generally lesser mountains and water is easier to play around with, as you have fewer obstacles to deal with). You’re even warned if you don’t have enough resources in your initial generation to expand (either via a tiny world or too much water/mountains).

From there, you begin proper by starting out by placing your warehouse, then your village hall. The interesting bit here is that you aren’t allowed to place certain buildings within a certain range of each other. For example, I can’t place my village hall too close to my warehouse. This injects a certain amount of difficulty into how you have to structure your village. 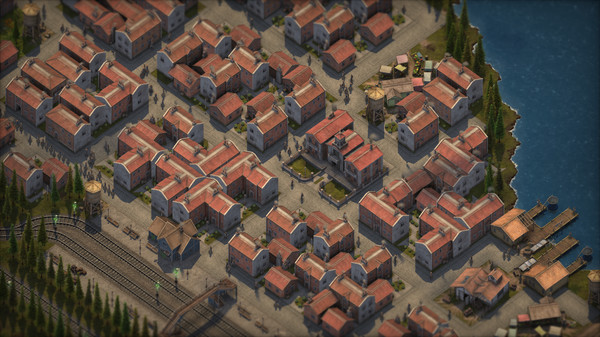 You gradually build up the laborer dormitories, connect them to your village hall, attract laborers to your settlements to work, then try to fulfill their resource needs. More laborers unlock new things for you to build and gradually introduce more resources into play. The early game, for instance, only allows you to catch fish and then mine coal, then you gradually progress to chopping wood, growing potatoes, and so on.

Now, the key gameplay loop in this game is to gradually work your way up this tree of resources while managing your rail network as efficiently as possible so there are no clashes. While this was a fun distraction in the early game, it quickly became a somewhat daunting prospect. Imagine you’ve built your rail network and integrated the early resources well into your network. Now you’ve suddenly unlocked a new resource, and you have to find a place to build the farm, away from other buildings where you can’t build it in range, and then integrate it furthermore into your network. It is no secret that I’d make the world’s worst city planner, but my shortcomings in that department are severely exposed here, and I can’t imagine how it’d feel for even veterans that are well-versed with this aspect of micromanagement. 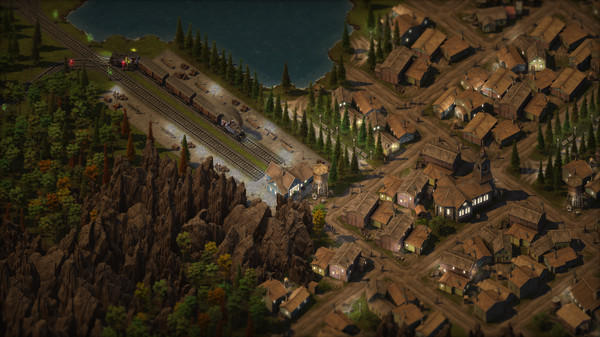 Ultimately, this is the main damper I have with the game; this particular loop feels tedious and downright hair-pulling the more you progress. I sincerely hope this gets some form of rework in the future, considering the game’s state as an Early Access game. It’s wrapped up in a fantastic package, too! Considering Ernestas was responsible for literally everything barring the soundtrack, it’s remarkable how premium and polished it feels and how charming the various objects in the game look.

Speaking of the soundtrack, that is undoubtedly the best aspect of Sweet Transit. Ely Robins has composed a soundtrack appropriate for the times the game evokes, with an old-timey jazz/rock and roll/blues feel. It really swings and is heavily piano and guitar-driven, a soothing listen that, well, takes away from some of the hair-pulling that you’d do when you’re trying to figure out how best to integrate x new resource into your network without ruining everything else. (Or, if you want to skip the hair-pulling, you can just fire up the game and wait in the main menu.) 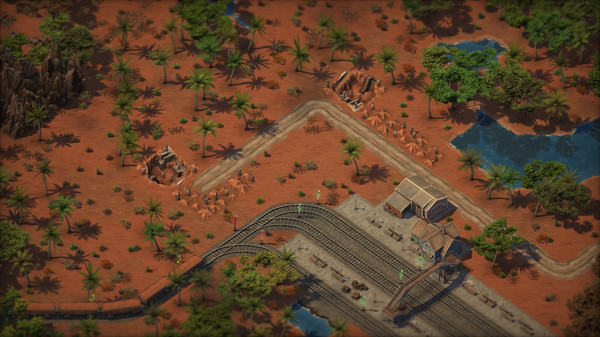 Though early on in development, Sweet Transit, at the very least, supports Steam Workshop out of the box. I’ve not extensively tested these, but there may be mods that improve various aspects, perhaps even the ones mentioned above. I ultimately feel that Sweet Transit needs to be more forgiving and helpful towards players that aren’t as well-versed in the planning and design of cities and rail networks. However, for those that are, this could be a fun pickup for $21.99 on Steam. I also can’t recommend the soundtrack enough as a fun standalone soundtrack to listen to outside of the game.