In Retrospect is a platforming game with some precise rhythm elements. The simple but clever sidescrolling rewards and punishes through the few but challenging stages. Going into In Retrospect will feel confused at first by the story and what you are doing, but it quickly turns into a charming and challenging game style. 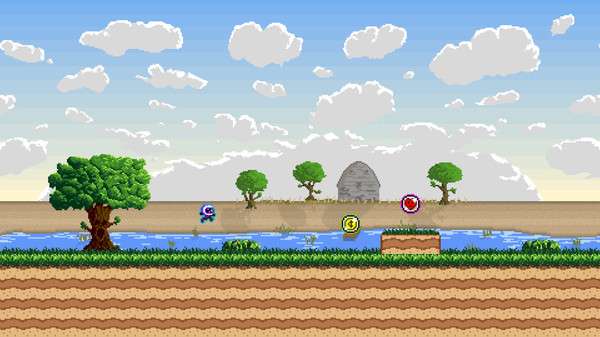 The story is straightforward after the starting confusion. You are going into the memories and feelings of the character. Avoiding hazards and collecting the keys and orbs that are in the stage. As you complete each stage, you move on to the next stage after chatting with “Dee.” The chats are based on the most type of orb you collected in your run while answering questions to further narrow an important part. You can focus on Health, Education, Creativity, Love, Wealth, and Religion. There is no right one to gather, and you are encouraged to aim for what is important to you. This changes the types of chats you will have with “Dee.” It also affects the dialogue at the end of the game, even if it is the same ending. They are thoughtful and well-motivating speeches in each focus. The gameplay is simple, as you will auto-run from left to right. Pressing buttons at the right time to jump, glide, swim, dodge, activate switches, and more. The player is rewarded with correct timing on using all the methods at once. Hazards and anything that can damage the player will be outlined in red to help. Hitting any of the hazards will take from your health, but health is fully restored at each checkpoint in the stage. Lowing your health will revert back to the last checkout. The orbs that are in over abundance is what the player will be aiming for as they complete each stage. The orbs for each of the six focuses also help the player in the next stage in some way. Getting more Wealth in a stage will allow a shop at the start to boost orb gain on a stage, while Education gives the player key tips to make their life smoother without needing to use trial and error. The beauty of this setup is that there is no feeling of “Oh I missed something.” The player is encouraged to aim for what aspect speaks to them more. Each of the mechanics is slowly introduced via mini tutorials before a stage, so the player isn’t overwhelmed at the start of the game. In Retrospect scaled in its difficulty, but it is still one that will challenge platforming to just complete. Health can be regained if you collect many of the same types of orbs at once. The fast pace of the game and timing can feel just as intense as the stages where you are walking slowly. Those wanting more after completing the main story can replay in the form of a challenge mode. 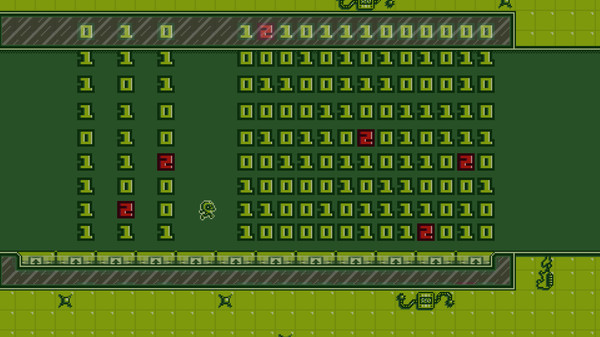 The visuals of the game are nice and smooth despite it being pixel art. The developer throws a crazy mix of sound and visuals. Parts of the game will be upside down, slanted, and a mix of darkness to obscure the view. Players that do not enjoy flashing lights or multiple colors flashing on screen may want to shy away from this title. The effects and crazy nature of the game really mix it up for unexpecting players in a good way. Games can be played with a controller or keyboard well. Controls only get odd during some of the added effects or mechanics. Like if your character is upside down, the controls to activate the switches are reversed. If the camera is spinning, it can feel inconstant on the movement controls. I feel it would have been better to keep some of the controls a bit more constant than relative to the guy you control. The sound fits perfectly, and music helps in the rhythm and speed as you are meant to think at based on the speed of the level. 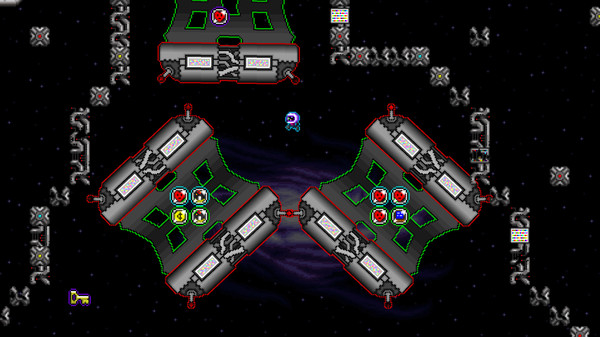 Though confusing at the start, In Retrospect was a charming title. The story and some of the effects used are above the initial visuals. Though short, the little bit of dialogue is meaningful and encouraging. Though looking for a challenging platformer, will enjoy In Retrospect. I do want to stress again that the flashing and quick visuals can be a bit more for some, along with anyone with sensory overload issues on visuals. The price for this is just six dollars as well. It is one that is priced well. I have a hard time feeling if it was the “perfect” length for the game it was going for or if it could have used a couple more levels. I wouldn’t have minded more levels, but it was the right amount for the story.