Lost Eidolons is a Fantasy turn-based strategy game with a heavy focus on your units and your friendship with them. The story’s main hero is Eden, as you and your small group grow into a large force in rebellion against the emperor of the land. As you complete each stage and quest, you grow in power and wealth to complete this task. You will recognize the wide range of voice actors they have in the game, including Stephen Fu, Brittany Cox, and Chris Terglafera. If you don’t recognize the names, you will for sure recognize the voices from other games and media. I was surprised how most of the game’s dialogue was fully voice-acted. 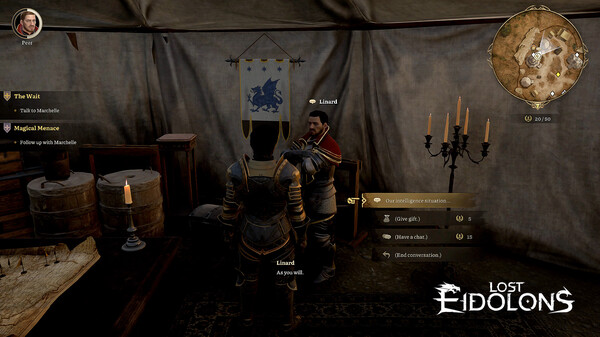 Lost Eidolons‘ story follows Eden, and those that follow him in a conflict they are wrapped up. Along the way, more will join you, and you will learn their motivation, feelings, and personalities through the story. Further adding to the depth, you learn of the refugees, your soldiers, and more of the land through the actions of Eden. The amount of world-building is amazing. Though a fantasy game with magic, monsters, and more, Lost Eidolons retains a more medieval style. Music and sounds match the story, combat, and voice acting. 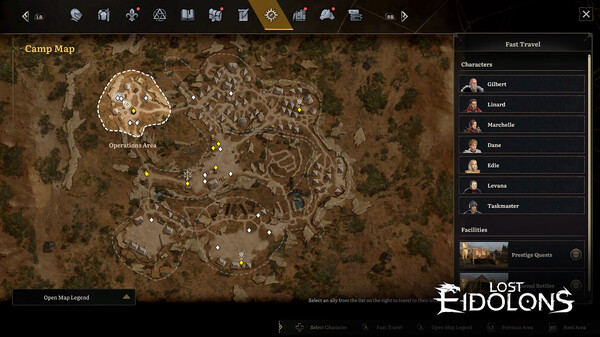 Gameplay wise may feel familiar to other turn-based strategy games. With each turn, you can move and do an action, be it an attack, skill, or item. Terrain plays a large big role in being resistant or having bonuses. Crossing a place with water will make you wet and more resistant to fire but weak to lightning. Staying in a forest can add to your guard stat, but fire at turn it into a trap to take damage or pass through it. Weapons, besides magic, range from spears, bows, axes, and swords. The best weapon to use on a target primarily depends on the armor they are using. Swords are best on medium armor. Axes are best on heavy armor. Spears and Bows are best on light armor. If the unit has a shield, they have increased defense and can regularly trigger a guard that reduces an attack by a large amount. It feels like it happens more regularly than a critical hit. Depending on your difficulty setting, any unit downed can be gone for good or return in the next battle. All actions allow EXP growth to level up. Using a type of weapon levels that stat. It also allows the player to level into classes requiring and prefer using that weapon. With all units able to carry two different weapons and swap at any time as you use them, it can change up the battle if you need someone to use a bow or if you need them to use something with a shield. Weapons never break, but magical attacks and skills have a set amount of uses in a battle. This mostly forces the player to use them tactically and then depending solely on them. The UI does an amazing job giving info on your units and others, including the enemy’s attack range, armor type to count, projected damage to each unit (Crits and guard triggers not counted), and current terrain effects. All effects on a unit are always shown above the unit. If you complete the battle’s objective quickly, you are rewarded with more rewards. It’s a nice bonus, but it wasn’t something I felt I had to do. 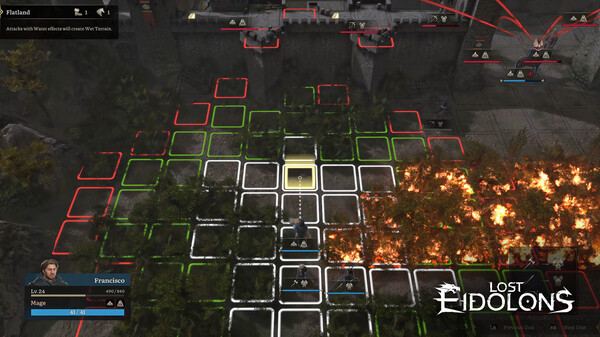 After each conflict, you return to your camp, slowly grow, and have more as you progress through the story. The camp felt more lackluster than other parts of the game as you run a long way to talk to one person before running across to talk to another. There are shops and optional quests you can do here, but running around the came talking to everyone felt to last as long as the battles; they add more flavor and some rewards for doing so but were weaker than the main cutscenes outside of camp. This is the primary time to swap equipment and prepare everyone for the next battle. I feel it is the weakest part, but I also see it fitting for the story and believable. The skills can give the same vibe as they don’t feel they give much of an edge early on. Most of your units will feel the same for a bit in the game. It won’t be till later that they start to have more of a combat identity. 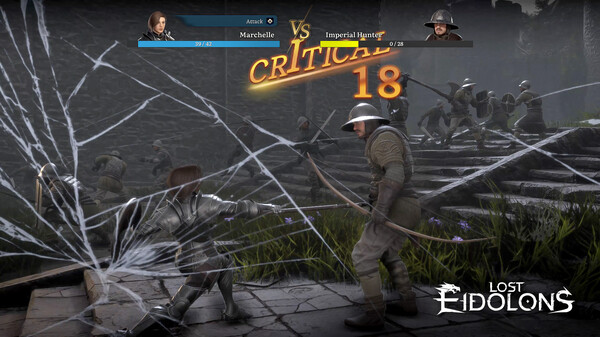 Lost Eidolons as a whole is nice with all that is done. It doesn’t feel like they cut corners with the production of their goal. For the first title of this company and what was produced, this will be one to look forward to in the future. Ocean Drive Studio did a solid job on Lost Eidolons, with the only negatives of the game being ok, then true negatives. They made a solid story with a solid game in a turn-based strategy format.