If you’ve played a retro-styled FPS in the past few years, chances are decently high that its soundtrack was composed by a certain Andrew Hulshult. The American composer cut his teeth on games from 3D Realms, with the Rise of the Triad remake, Rad Rogers, and the 3D Realms Anthology counting among his works from that period. He’d later go on to compose more soundtracks for other fan-favorite titles like Dusk, Amid Evil, Wrath: Aeon of Ruin, and now Nightmare Reaper. His soundtracks tend to have a distinctive metal flavor about them, which is the kind of music you really need ringing in your ears while you blast retro-themed baddies to smithereens.

So, this game, then. Nightmare Reaper is the second title from Blazing Bit Games, which is essentially solo developer Bruno Beaudoin, alongside other contractors in charge of other details like the audiovisual sections. It spent just over two years in Early Access before finally exiting the program at the end of March 2022. Beaudoin’s first game is the lesser-known Mactabilis, a side-scrolling shooter, and it’s clear from the get-go that Nightmare Reaper is a game that far exceeds the quality, scope, and polish of this debut title. It also positively screams metal in the logo, with the typeface looking like a mix of the Doom logo typeface and the band Iron Maiden’s signature logo typeface as well. 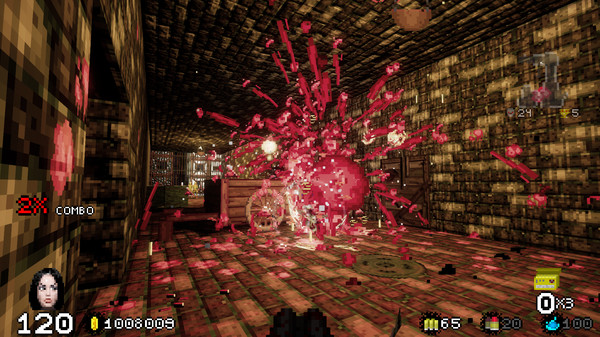 You play as an unnamed female patient that appears to be in a mental hospital of some sort. An emergent backstory reveals that she has been suffering from nightmares, and it is up to her current physician (whose backstory is also gradually revealed in the voiceover) to try to help her. What are this woman’s nightmares like, though? Well…she ends up roaming through levels that are simultaneously procedurally-generated layouts of handcrafted chunks fitted together. There are all sorts of grotesque enemies with all manners of vile tactics to kill the woman in her nightmare, resulting in her waking up back in the hospital.

Thus, Nightmare Reaper is split up into three main episodes with a sizable chunk of regions (almost 10) in each. Each of these regions is then further subdivided into three parts, which are the main mix of procedurally-generated and handcrafted levels you have to fight your way through. Gradually open up each of the doors in a level to access new rooms, fight all the monsters within, loot all the treasure and items, and then leave via the dark purple pentagram serving as the exit portal. It’s nice in that you can simply play as many or as few levels as you’d like, then upon finishing or failing a level, you can stop playing at any time, making this excellent for play sessions of varying length. 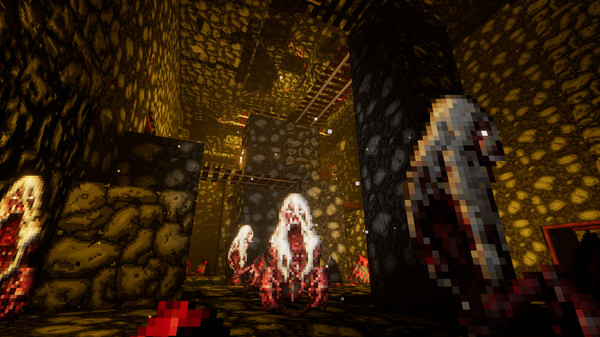 It’s important to note that Nightmare Reaper distinguishes itself from its other, aforementioned modern retro-FPS counterparts via the use of (again) the way the levels are generated. Although some chambers will feel familiar upon playing, the way these are stitched together is not. This helps to reduce the monotony upon replaying a failed level, but it also makes it harder to master due to having to learn a new level layout.

This leads to my main con with this game — its difficulty. This is not really due to a single factor but is rather compounded by multiple factors: it is actually among one of the more brutally difficult ones I’ve played. In general, enemies feel somewhat hard, if not impossible, to dodge, even if you’re moving as fast as you can. You also only start with a level 1 weapon that you select to keep from the previous level, which can be bad if you don’t select a good one (or, as I noted to my chagrin, accidentally sold off once, leaving me to start with nothing). Trap rooms also tended to kill me off as the game was surprisingly unforgiving with jumping off ledges at the very last moment; I had to jump way earlier than I should, or I was just going to repeatedly spike myself to death, which was what happened almost all the time. 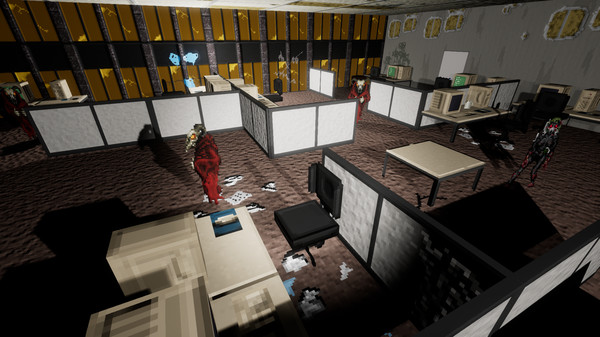 The great news, though, is that the procedural generation isn’t the only ‘rogue’ element to the game; there are other such elements that can allow you to compensate for the game’s difficulty and allow you to progress. At some point, you will acquire a cartridge to slot into what is reminiscent of a Nintendo Game Boy Advance SP that serves as the game’s menu. This is where the rogue-lite skill tree comes into play; with all the gold you earn from progressing through levels, you can then spend it on playing rather silly Mario-style platformer levels to level up your statistics. The novelty wears off after the first few levels, and it becomes a bit more of a chore, though the levels do introduce new hazards to trip you up as well. There are a few other minigames tied to improving stats, including a Pokemon rip-off, I mean, inspired game. All of these add up to let you eventually out-stat the levels over time, allowing you to eventually beat them (hopefully).

Where Nightmare Reaper also excels is the immense weapon variety present, with the store page boasting 80 weapon varieties. Naturally, there are some that I prefer more than others, and that’s great as there’s likely a weapon for everyone’s preference. These range from the more sensible (a variety of guns, shotguns, grenade launchers) to the downright absurd (magic books, a ‘hornet queen,’ a ‘thorn parasite,’ and other oddities). The hornet queen is one of my more interesting weapon picks, as it shoots out short-range hornets that home in on enemies. When you factor in the possibility of weapons and additional enchantments, things get even wackier. 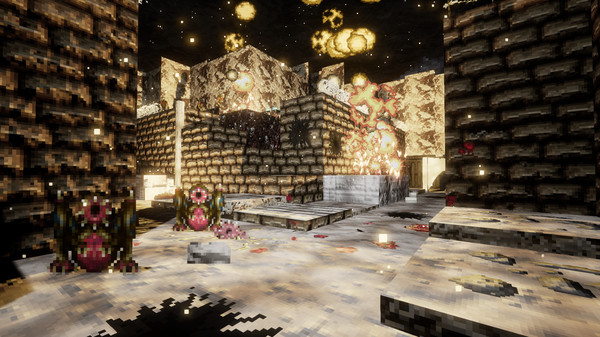 All of this is wrapped in a package that looks good and runs well. The pixel art is stellar, and it feels kinda funny seeing that the enemies are as thin as paper. The sound design packs a punch with the various sound effects from the guns and the enemies, and of course, Hulshult’s soundtrack helps to square the ambiance away. I can definitely see (or hear, rather) myself listening to the soundtrack as a standalone entity outside of the game.

Overall, while it did take me a while to get into Nightmare Reaper due to the challenging difficulty, I found myself quite enthralled by the experience. There is continually an itch to want to play through more levels to progress, just to see how the story pans out, and also to unlock more and more things. I’m not going to spoil them all here; part of the fun is in trying out the game to discover these for yourself!

Is it a sign of the times that more and more indie games are now being priced at $24.99 lately? No, this is not meant to be a knock on the asking price of this one (which you can buy on Steam, as per usual), but rather a recognition that developers of higher-quality titles should be charging more for all their effort put in. With a lot of care put into this one, it is an easy recommendation at this price.