Dark winter night. You’re crouching in the snow-covered alley, hiding in the shadow, ready to face whoever stands in your way. How did I get here, you might ask yourself? Prepare to find out the answers and secrets of your family in the dark story of Winter Ember.

Winter Ember is a stealth-focused action adventure that will put you in the shoes of Arthur Artorias. Survivor of a big family tragedy that unexpectedly came like lightning out of the clear skies. Or did it? That is all up to you to figure out. You are slowly getting pieces of the story mosaic in the form of anime-style intros. I have seen that done before, but never in contrast to quite realistic-looking gameplay. 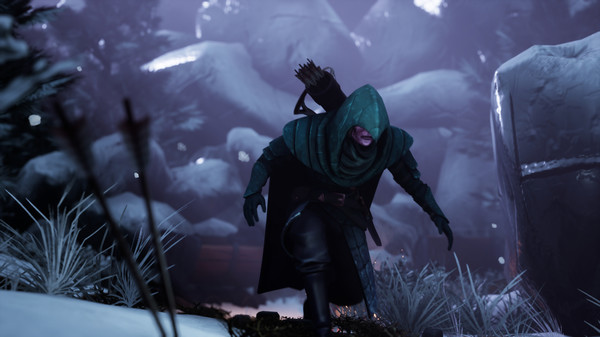 Since you are trying to stay hidden in the shadows on a winter night, you can’t expect a lot of bright colors around you. But the game is good at dealing with the stealth aspect of the game; the whole feeling and your surroundings can differ a lot between dark, almost grayed-out streets while you’re staying crouched in the shadow and bright fire-lit rooms where you can feel safe in—all of that with quite a big focus on details. You always get a chance to check your surroundings and use even those details to help you push through the story.

The whole experience is set in a top-down, almost isometric view. That lets you check the area around you and use it to your advantage. The only letdown can be the camera itself which can get obstructed by parts of the buildings, trees, and other things from time to time, thanks to the fact that it’s quite high above the player. 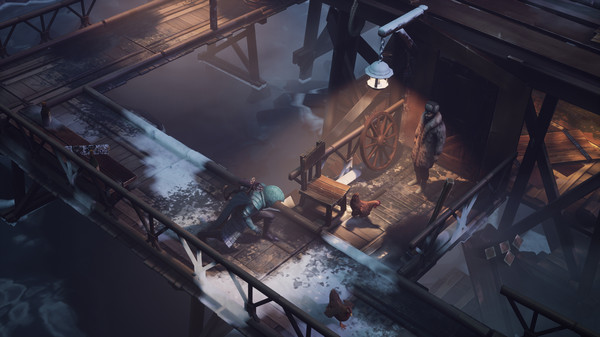 Of course, there are times when you can’t stay in the shadows, and your enemies notice you. At that moment, we are greeted with a quite simple fight system, relying on either strike, heavy strike, parry, and dodge. However, you might find yourself just sticking to the first and last mentioned. The heavy strike is used to break through your opponent’s block. If it only took one heavy hit to get through their defense, you might use it much more, but it takes a bit to power it up, and you need to do it three times in a row. At that moment, it can be much easier to step back a bit and wait for them to move, which breaks their block. And parry can be very useful, but you only get a very short time to use it, and once you have more than one enemy against you, it isn’t easy to stick to it.

But you want to avoid the fights cause those can cause you to start bleeding, and once that happens, it’s tough to hide. If you don’t use a bandage, your character will start leaving a blood trail behind, revealing your position pretty fast while scaring civilians around you. 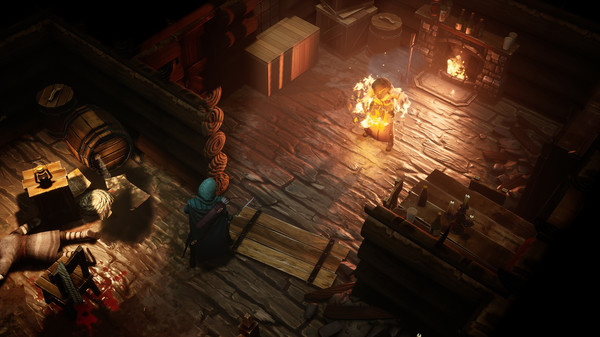 Although, you can get a very unexpected help with that in the AI of your enemies. They can be very short-sighted, and you might sometimes feel like they can be deaf.

I had to go through a fight with one guard while just a few feet away from another guard, and I still managed to win that fight and sneak behind the other enemy and take him out silently. 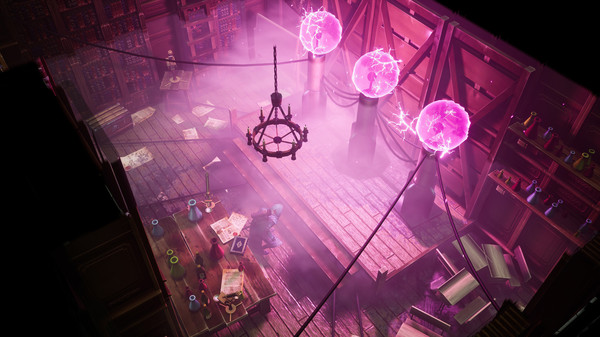 Silent takedowns are a great way to avoid any attention, and you can choose from either just knocking the enemy out and risking them waking up and staying in your way or quietly taking them out with your dagger, which is quick and silent but leaves a big bloodstain that can alert anyone who sees it.

Winter Ember also includes a skill tree that can improve your skill at lockpicking, pickpocketing, fighting, or using your bow and arrows to make the playthrough easier and more interesting. 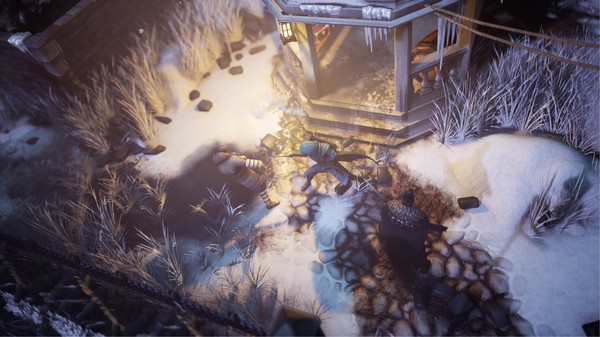 Now the bow is not only your weapon to take care of those who stand in your way but also a very good tool. Through a crafting menu, you can make many different arrows. Rope arrows to help you climb at some spots, water arrows to take out the lights and keep you in the shadows of the fire arrows for the exact opposite reasons.

Also, don’t expect a strong and loud soundtrack; all of the music is subtle to not interfere with the stealthy gameplay. I feel like the music the creators used greatly enhances the immersion. 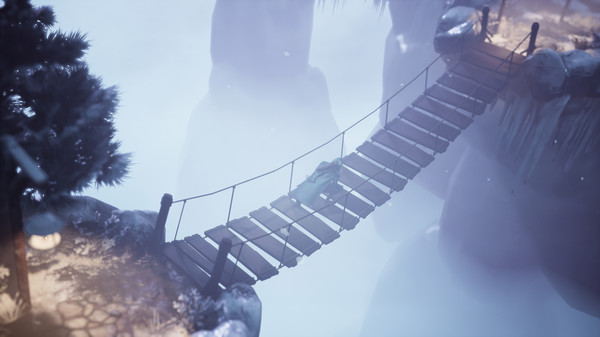 And the same can be said about the sound effects, whether it’s a wind howling around you, crackling fires, or even your steps. And since it is a stealth-focused game, knowing how much sound you are making can be very helpful. What is also a big plus for the game is the voice acting. I feel like they did a really good job with that, and it is, again, something that will drag you even more into the story.

The controls can be very easy to get used to, but some things might be confusing. Taking out a guard is set to just one key, with the only difference between knocking an enemy and cutting his throat being how long you hold the key. I haven’t tried the controller for this game, but the keyboard sometimes feels slightly unresponsive, which can get you in a lot of trouble. 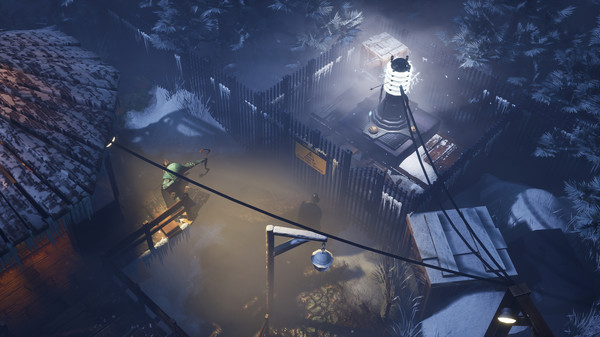 Overall, I feel there is a lot of good behind Winter Ember, but at some points, the game aims a bit too high. I understand what the creators aimed for, but sometimes less can be more. Still, if you are a fan of stealth games, it might be something worth trying.