A very unusual life of a very unusual Dude. A real proof that even very common situations can go very wrong and almost insane. And insanity is what you’re going to deal with a lot. You should probably try to get as comfortable as possible because we are going on a very wild ride. Get ready to go Postal. For those unfamiliar with the Postal series, it’s probably best to let you know this game will be very politically incorrect, and the humor might be pretty offensive. But if you are okay with that, Postal is a real treat. The whole story usually begins on everyone’s favorite day, Monday. And as fate would have it, your trailer gets stolen, which sends you on a chase for it. You’ll have to go through a series of unfortunate events to get it. You will start the week innocently by trying to get some money from a job agency, but soon you’ll get involved with protesters, politicians, foreign nations, and criminals. Long story short, the town of Edensin will be turned upside down with your arrival. 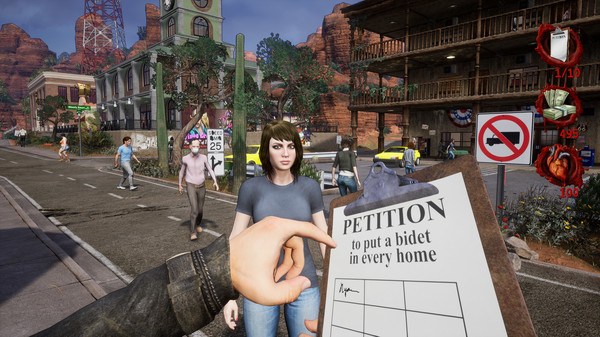 All of your adventures are done in a very parodical art style. But although it is full of many caricatures, the fourth installment in the series went with much more realistic visuals. If I didn’t know any better, I would say that the game looks serious with this shift. However, how the textures and the lighting are used keeps the whole style true to the game’s reputation. Of course, going with the nicer-looking visuals comes with a price. Some of those settings can be very difficult to run. Luckily the game allows you to change any of these settings to make the job easier for your PC. Starting with texture resolution, going through shadow quality, and even allowing you to change the fluid physics and amount of people in the town. This means that you should be able to run it on a much wider variety of PCs. 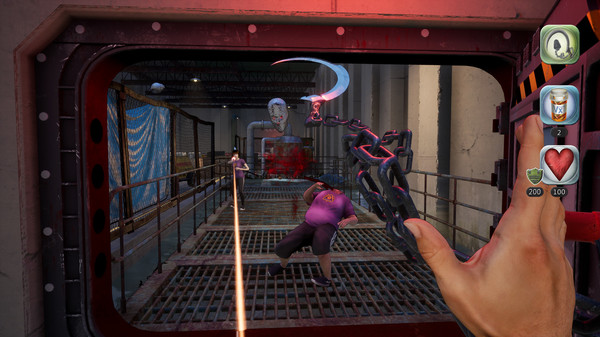 The soundtrack will not disappoint and is an excellent addition to the crazy adventure. Selected to fit the situations you’ll find yourself in, improving the whole experience of going postal. I liked the music there; however, even after listening to it for quite a while, I’ve only been getting two songs. However, that might have been a lousy song randomizing. And speaking of the sound, the effects are fitting as well. Crazy and fun. And the voice acting is once again a masterpiece of the game. But what stands out with Postal 4 is the fact that at the beginning of the game, you get to choose the voice actor of your character. The Dude can get the voice of Rick Hunter, known as The Dude from Postal 2, Corey Cruise from Postal 3 (We don’t talk about this game. And neither do the authors of it.), or the absolute legend Jon St. John, who you may know as Duke from the Duke Nukem series. It might not work for everyone, but for me, hearing the narration by both the Dude and the Duke indeed is another reason to replay the game. 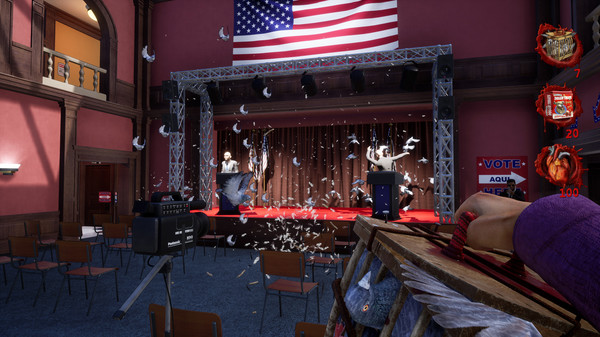 The first obstacle we’ll hit here comes when we get to the point of the actual gameplay. The missions can be enjoyable, but they are usually all across the town, leading to a lot of time spent loading new areas. Of course, since the game is a pretty open world, you are free to enjoy your time in the city itself, “interacting” with the environment. Citizens of Edensin are not too bright, and even if you decide to go on a rampage, the most you will get is a little chase with the police. But you will get back to normal pretty fast. Side missions are one-shot actions connected to specific places and specific days. There are many challenges and possible side missions to spice up the time between missions. Challenges are free to take whenever you want, but if you fail, you must wait for the next day to try again. One of the challenges in Edensin involves mobility scooters that you can rent to help you move around the city, which can be a big help sometimes. And as you guessed, this brings in new possibilities for both the missions and challenges in the form of races. 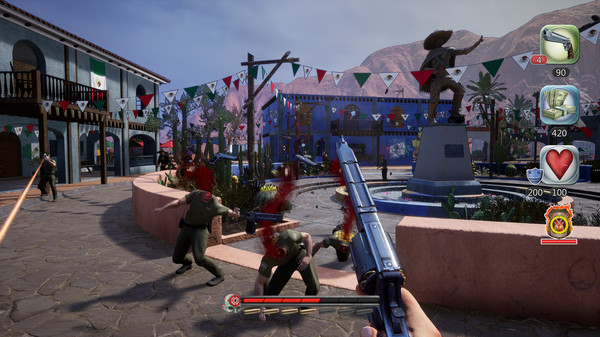 The controls are pretty simple, and if you’ve ever played any FPS game, you already know them. All you need to choose is your weapon and an item you’re going to keep in the quick slot. Everything else is done through the menu that involves inventory, a map with your current objectives, and also stats of the current game. You can either browse through every single of them or open the quick item menu, which will slow down your game, so you have more time to decide what you need at that moment. Unfortunately, all of this content is stained because the game contains many bugs and unfinished details. I do hope that will be something the authors will work on before trying to work on new content. I feel like this is what we should have gotten instead of the disaster mentioned above called Postal 3. Or maybe it would have been better to keep it a little bit longer in the early access to fix up some of those bugs. As much as I enjoyed the playthrough, I think it deserved more work. But the authors have promised more patches and optimizations in upcoming patches, so hopefully, the game will overcome this slow start and turn into the Postal we deserve.