After a while, my cousin and I decided to part ways on a journey to follow a rumor about some secret occultist power. The family was always interested in the ways of the mystic, always wanting to learn more. We used to send letters to each other to villages we would stop at to check in. But her letters ground to a halt. As worry took over, I headed to the village she last visited, only to be greeted with darkness and despair of missing villagers. A portal was illuminating beneath; could she have found the power? Only one way to find out. 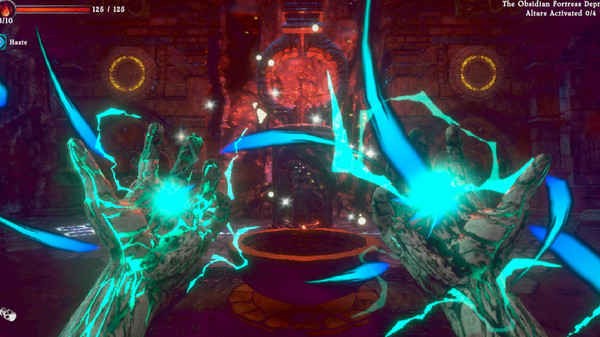 Into the Pit is an FPS rogue-lite accompanied by a stylized retro feel. With an infernal darkness theme, full of eldritch and slight horror aspects. 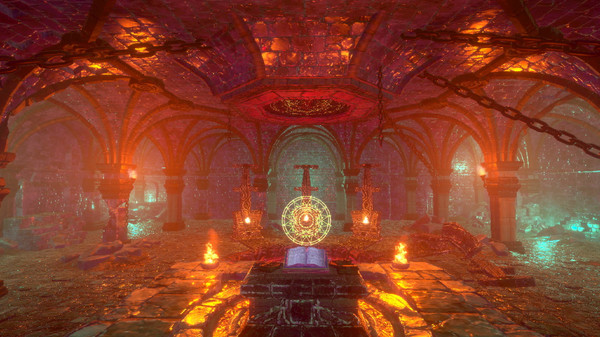 Probably a lot of people that play this genre want a roguelike or rogue-lite in the first person instead of the usual isometric or platformer. There could be great possibilities if done well enough, and Into the Pit attempts it. The premise is that you end up in this village, full of closed shops, because most of the town has been abducted by evil forces, and you happen to be someone who can use magic to defeat any foes and bring back these people. When you decide to enter the portal, you’ll get to choose your starting powers which are things shot from your hands. Variations include close-range spread shots, fast medium-ranged, or long shots that are slow but powerful. You get to mix and match these between your hands, but the final choice is final. There are four paths to do, each with two options: various things to different currency motes, heals, lore, rescue, or bosses. After you finish one area, you can choose an upgrade that is randomized to specific types of elements. They can stack, but also some may cancel out each other; examples would be DoTs and curses don’t mix. But other things like slows, damage upgrades, crits, or extended range do. Then you move on to the next level and repeat until you face the boss stage, which, if completed, sends you back to the village. If you happen to save enough villagers, you’ll unlock the ability to purchase passives that allow you to have the chance to a certain upgrade or upgrade general passives such as an extra life on your run. The areas in which you load into the portal are determined by key motes that take you to different themed levels, which you need to keep doing to progress or get villagers you missed. You can mix and match these keys to get a mixture of two areas which makes for a new place to get villagers, which is a nice unique touch to procedural generation. 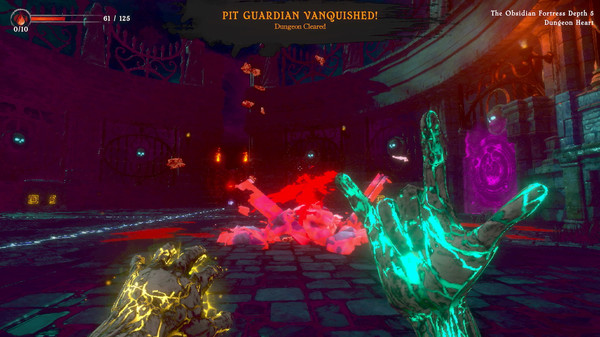 Let’s go over some of the mechanics that seem to conflict with itself. While being an FPS seems great, along with its old-school style and graphics, the fast-paced aspect, in turn, feels lacking. It may look like there’s a lot of action and quick-thinking fighting, but it’s quite the opposite. Most of the enemies are incredibly slow, with slow attacks and projectiles. The movement of yourself feels fine, but there’s no variation between just running and jumping; for something that’s supposed to have that fast pace, it feels empty. This doesn’t help when you can get randomly stuck on a wall any time you touch a wall or when there’s no satisfaction with jumping around to get to areas. This leads us to the level design; even though the levels can differ with themes, everything feels the same. Same a few areas are reskinned with the same movement pattern and direction as the last. This applies to boss levels as well; while the bosses might have unique attack patterns, the place you fight them is the same thing over and over again. Then you have the enemies and this cool mixture of keys to get new places, but the enemies are the same thing but with a different texture. Same one flying enemy, one turret, one melee, one ranged. Making all the same slow attacks with nothing brings a challenge to learning a new type of enemy. Last, let’s explain the mechanics of your powers. You can select from a handful of projectile types which are your attacks for your whole run, which isn’t necessarily bad, but the upgrade system makes it feel so dull. Sure, you can get some fast attack speed, big damage, or maybe stack bleeds or poisons, along with some other basic passives like reducing damage taken or more health; it doesn’t change how you play or how the game plays out. Nothing changes the feel of the power, and it’s just a watered-down upgrade system for one of your hand weapon powers that you lose when you complete the portal. I might add which are relatively short, so you don’t get to build up to something or even make a build for something big or effective. Just enough to get through to the next, then restarting. Take the shotgun blast, and it’s a short-range spread from the hand. Putting ice into it makes it slow enemies; putting bleeds into it adds bleeds when you shoot. At the end of the day, you’re just shooting the same thing, but it affects you. For something like a rogue-lite, adding something like ice would maybe make the projections ice balls that slow that have an impact, maybe changing the size of the shot to be bigger. Bleeds, making them into slashes coming out of the hand. Something that changes the thing you’re using in a way so it makes it feel like it’s a part of an actual form of something, changing the dynamic of how you’d choose to stack. But this game reverses that and makes it bland, especially when you can’t change what you’re using. This also doesn’t help when the shop system is barely an improvement to just minor additional upgrades that rarely make a difference between choosing them. 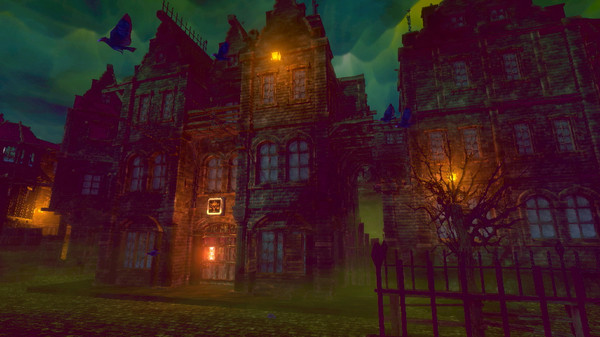 The dark nature and old low-resolution style fit well for its theme. It makes it a bit creepier when fighting demons and monsters. While the themes also feel well done, a lot felt unfinished in areas, especially when you can jump to areas with textures missing or reused assets. But the music and sounds are a bit lackluster for something fast-paced. The game has very little music variation, with intensity or hype being in the same feeling of the game. And sounds are all over the place, making it hard to figure out the distances between enemies. 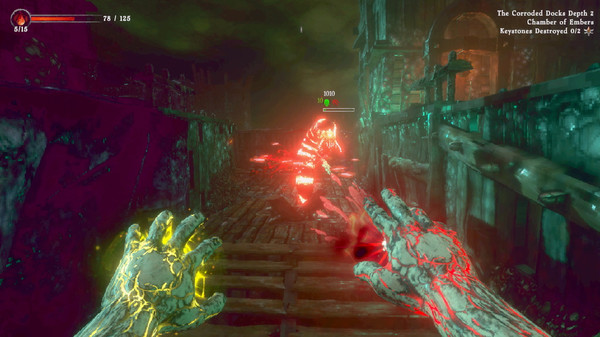 There were so many misses and missed opportunities with this take, which is very disappointing. Within two hours, you’ve already seen what the game has to offer with a shoddy replay value for a rogue-lite. The shop system doesn’t help or feel needed, rendering the story useless, which is the premise of why you’re doing what you’re doing. Short levels with little variations impede gameplay with no room to make builds. Action and combat are slow, taking away any fast content, along with no variation in the same enemies in every theme. Boring movement and direction. It doesn’t feel challenging at all.

Having a rogue-lite that looks like a rogue-lite but turns out to have redundant features and strips the core aspects out of it is very saddening. Especially when their main points are that and its fast action. You can pick up Into the Pit for $14.99 on Steam, but I do not recommend trying it out unless you get it heavily discounted.