Graven is a game with a retro spin with a more modern backend. Anyone that has played first-person games from the late 90s may feel a familiar vibe from Graven. Nearly everything on the surface makes the game feel like it was made during that time. The style of the gameplay. How drops work, how enemies work, types of puzzles, the exploration, and more feel it is made in the era. The retro made today feel with the 3D first-person gameplay. The game is in early access and does feel. 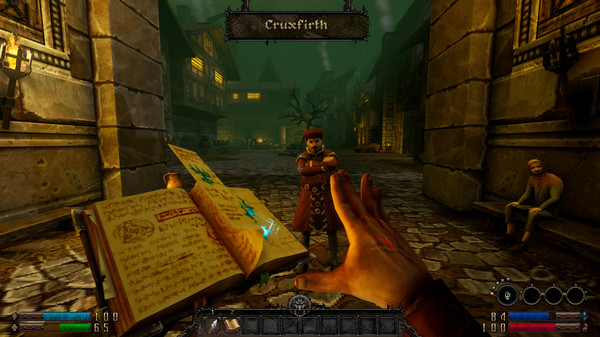 Graven’s story takes place in a dark time where there are the walking dead, a plague, and horrors roaming around the town you start in. You are a priest seeking redemption. You arrive being ferried down a river on a small boat to a town. You are given quests to track in your journal, but your hand isn’t held on how to get to the place to complete the objectives. As you complete each area, more open up and unlock more skills to solve more puzzles. The story is progressed and is told through the NPCs you talk to and quest on. All gold and pickups go to either upgrading your equipment or spells you collect in the game. The horror elements are everywhere but don’t seem scary due to the low detail of the style. The plus side is it fits the dark fantasy part perfectly. 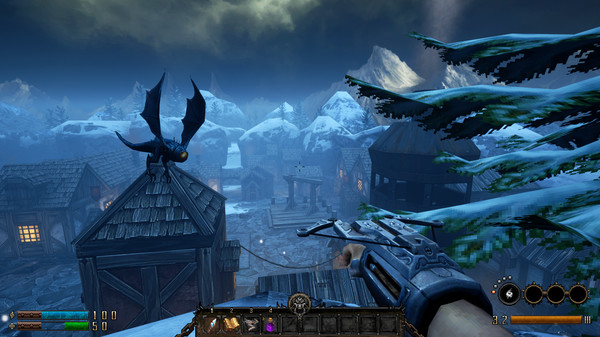 The gameplay in Graven is straightforward to those familiar with the gameplay style. Those unfamiliar may have a bit of a curve with the mix of simple moving and combat with a more mental focus on the quests and puzzles to unlock the next places. Most are solved with a mix of exploration and finding the item to unlock the next part. Graven only gives you as much as the NPCs and quest logs state. However, it does update if a part is completed. Dying at any time respawns the player at the nearest checkpoint with enemies before still dead. Saving and starting up the game again will bring you back to the hub each time. Unsure if this will be changed or updated in future changes, it feels like part of the early access. I didn’t feel much consequence for dying. Combat itself is simple and mostly involves hitting enemies with your staff or other weapons you find along the game. Enemies seem to have only one attack while charging at the player. Most of the time, you will be walking backward to attack the stronger ones. Hitting the head does critical damage. Health is easier to get back from the number of pickups but is also quick to lose. The low detail of the style fits perfectly when it comes to hiding secret areas for loot and hiding if areas can be accessed. Like doors, you can see closed or parts where you break open with your staff to access. Even if the enemies and combat were a letdown, the exploration and puzzles made up for rewarding the gameplay. 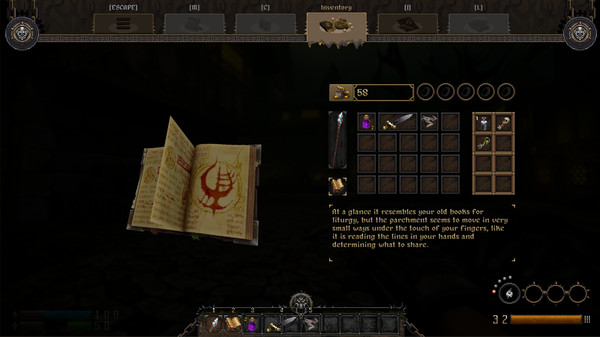 The style on the surface reflects the retro vibe, but the physics and mechanics feel newer—destructible objects. The horror-like nature of the game works with how they can litter the environment with intractable and destructible objects. The lower details help with being able to have so much at once. How they can be set on fire or affected with spells feels more akin to today’s mechanics. The game itself runs smooth and crisp with hidden notes of the lore around. It can be hard to tell what parts will be improved and what the final product is with it being more simple but early access. Hopefully, more flair and mechanics will be added as everything seems to be an ok foundation to build upon. 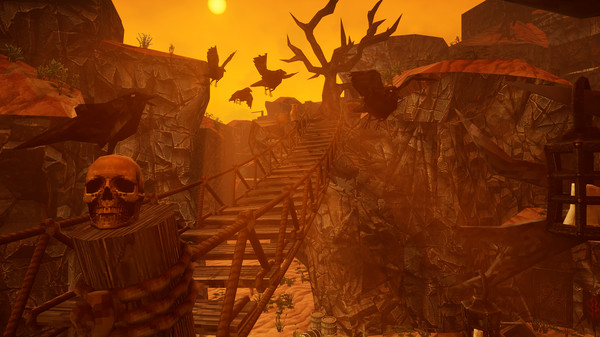 Overall the game feels like the core of it is to complete. I would say anyone into the type of first-person games from the late 90s should give it a look. There is a co-op multiplier to experience, but I felt it was an addon than something needed. Like something easy to add than needed. I feel the experience would be the same in single-player or multiplier. Graven has its charm, but I don’t know if it’s ready enough for anyone unfamiliar with the style of play. I feel the fans of this type of game will enjoy it and the progression of the early access.