Hidetaka Suehiro, more commonly known as SWERY, is the game designer behind some rather quirky titles with his signature eccentric style. After leaving Access Games, SWERY formed White Owls Inc., the development studio behind The MISSING: J.J. Macfield and the Island of Memories, and now this game, The Good Life. Ever heard of the Deadly Premonition series or D4: Dark Dreams Don’t Die? Yup, both have him at the helm, and so does this next game that I’ll be looking at here.

Billed as a “Debt Repayment RPG,” The Good Life was originally kickstarted back in 2018, with an initially estimated launch date in 2019; for various reasons, this was pushed back until the game eventually launched in October 2021, being co-developed by Grounding Inc. and published by PLAYISM. 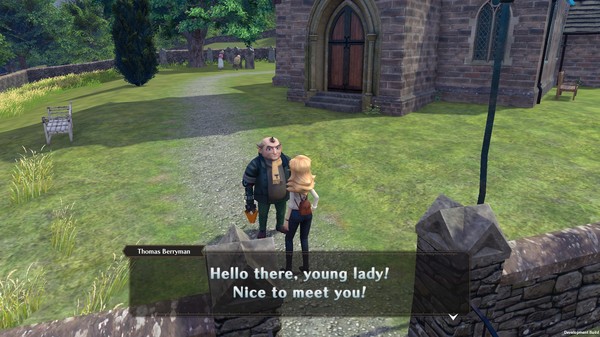 Struggling American journalist Naomi Hayward (that’s you) needs to wipe out a large amount of debt and is tasked with heading down to see why the small English town Rainy Woods is known as the “happiest town in the world.” She travels all the way from New York, is offered a place to stay, and gradually uncovers the mysteries behind the town…including the rather strange occurrence that everyone in the village turns into cats and dogs. Eventually, Naomi herself gets the ability to turn into a cat and then a dog as well. Oh, and then a murder happens. Oh, dear. It is thus up to you to get to the bottom of these mysteries and hopefully wipe out Naomi’s debt…hopefully.

The game plays out mostly like a third-person game. Much like real life, you must eat, sleep, beauty care, and shower to live out your days in Rainy Wood. You also need to earn money to continue living as well. As Naomi is also a photographer, she can earn money by taking pictures of people or items that match designated keywords (“hot words” in-game) that are trending, then upload them on a social network called Flamingo to gain more likes and money from it. 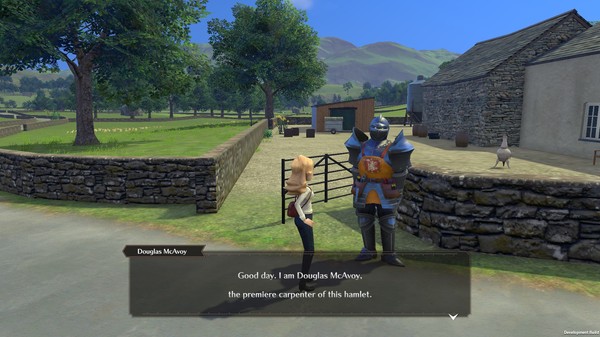 There are a fair few aspects to juggle carefully when living as Naomi. The aforementioned daily living necessities manifest as various meters in the top left of the UI. You’ll have to periodically keep Naomi well-fed and well-rested to avoid stress levels rising. Funnily enough, sleep is never usually a problem, as the meter doesn’t deplete too quickly for sleep to be exactly a mandatory action every day, just enough that you go to sleep once in a while. Like any human, Naomi will occasionally get sick as well, so looking after her health is important.

Unfortunately, the general bulk of the game consists of fetch quests — a rather antiquated method of providing gameplay nowadays. Almost every single quest, whether the main quest that progresses the story or a side quest that earns you a bit of money, consists of heading to some part of the (surprisingly and pleasantly) large world map to find some resource that you need, before hoofing it back to the NPC to turn them in. There’s the occasional quest where you do something else that’s slightly different from this tedium, but the proportion of those is disappointingly lower. 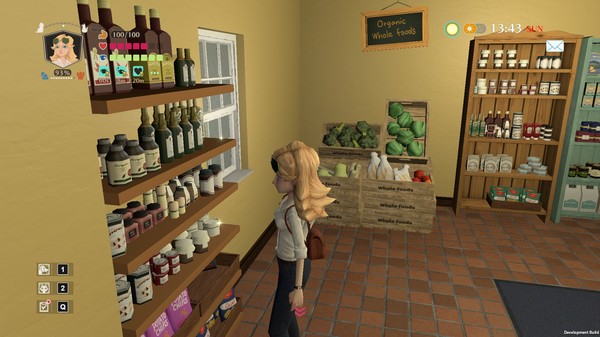 This heavy reliance on fetch quests is a shame as most of the rest of the game is incredibly enthralling. The characters are quirky in their own right, though some seem too one-dimensional. Naomi, at times, exemplifies the typical ‘dumb blonde’ stereotype and comes across as rather rude and money-hungry, making it rather hard to like this protagonist. Some of the other Rainy Woods denizens (most with rather ‘English’ names as well, including a parody of Sherlock Holmes) also come across as rather stereotypical, with a few of them acting rather snobbish, even speaking almost exclusively in prose. Yet, despite this and the fact that the production value could be better (character mouth movements don’t match the dialogue, and Naomi says “goddamn hellhole” too much for my liking, as if she doesn’t have any other repeatable voice lines), the characters are rather endearing, aided by the fact that the plot itself is rather comedic. (Heck, at one point, Naomi also remarks on being asked to do all these fetch quests herself, breaking the fourth wall in a rather self-aware manner.)

Possibly the cornerstone mechanic of this game relates to all the animal-related stuff you can do here. Transforming into a cat and later a dog gives you several abilities that Naomi can’t normally do as a human; it’s a fun touch. At some point, you also gain the ability to tame sheep and use them to transport yourself across the world so much faster. There aren’t any semblances of automobile-based transport, though there are a few car models in-game; transport by sheep thus ends up being similarly rustic and quirky, yet thematically appropriate. 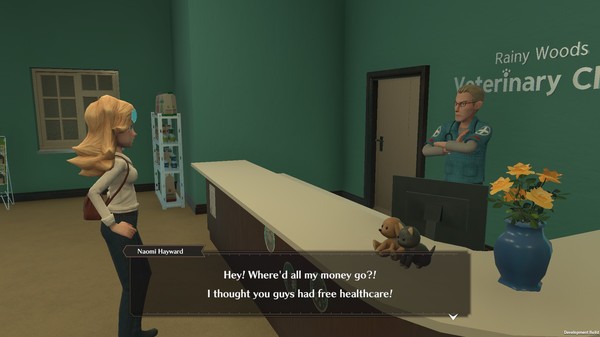 Ultimately, the entire package, while fundamentally flawed, is still a fun romp that should be experienced, with the story mostly making up for the over-reliance on fetch quests. At times, it deviates wildly into the ‘weird’ territory — but then again, as it features SWERY’s involvement, this is par for the course. It helps that the rest of the game generally looks and sounds fantastic, with a pleasantly calm and generally upbeat soundtrack married to the still-gorgeous world design. The main story offers a solid amount of gameplay time, but the completionists will be in for a slightly rude shock. However, some of the achievements (tied to in-game missions where you accept quests from various fast-travel shrines) are really grindy.

At $29.99 on Steam before the discount, The Good Life is slightly on the pricey end for what it offers. I would suggest waiting for a small sale.