The Big Con is a 90s-based adventure that tells the story of a teenager traveling from her home to the game’s version of Las Vegas. The focus of The Big Con is the comedy and crime story it tells. While being focused on stealing, it does it in a comedy and light-hearted way in the 90s style in the time period, art style, and music. 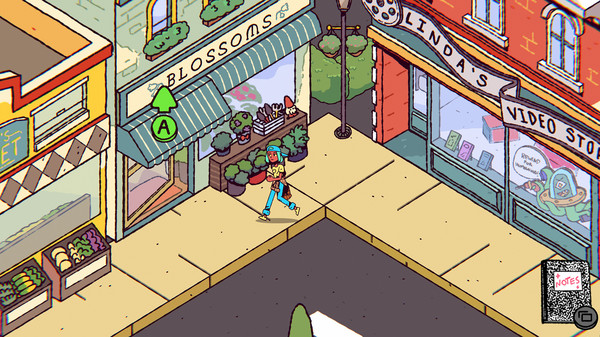 The Big Con starts the player in the video store and home of Ali and her mother. Loan sharks put their video store at risk to make Ali find a way to get the money without her mother knowing. This leads Ali on a journey as she steals from place to place. Though a crime-filled game, it has a wholesome story with horrid puns. Harder to go into more of the story without giving too much away. The length of the game is relatively short and could have been one that could have been slightly longer. More so if they did more in the later half of the story than the story near the beginning. The story itself, I wish, was fleshed out more, but it was solid for what The Big Con had. A couple more hours of story or such would have done it justice. In the end, it feels more or less rushed from what was built up. The side quests feel like they don’t pay off other than some money if it was involved. Even some recurring characters you run into on the side don’t add any impact to the story. With each area’s items not having been used to the next place, it feels all you do in one area doesn’t pay off in the long run. Leaving the story to feel lackluster or wanting me to replay it to find out more. 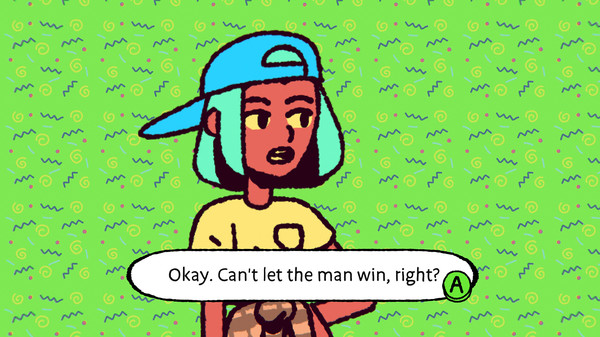 The gameplay is pretty simple, as the core goal for each area is to reach a dollar amount of money. More ways to get more are apparent as you progress. Each place has a big score to get the minimum you need to progress easily. The player can get it in many different ways, from finding items to pawn off throughout the area to pickpocketing or conning people in the area. I was surprised and happy by the semi-open-endedness of the goals. There are many objectives you have to do, but some you could do better or get more money for if done right. Information the player gathers plays vital to getting the most out of what you do in The Big Con. Your notebook tracks everything you have to do and the information gathered in each stage. Hidden stickers also litter each place to collect. Finding these while you seek a combination to a lock adds to the treasure hunt feel as you hunt down information and money. Failing three times at any of the cons or pickpocketing will force the player into a small silly segment that has you rewinding videos for about thirty seconds. 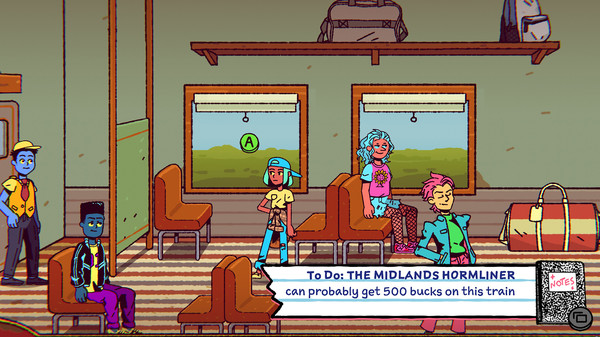 Parts in the gameplay are where the game can also feel lacking. Pickpocketing is simple, but dialog bubbles and pop-ups can block half the bar that appears. You have to stop it in the right place, or you fail at doing so. Having these pop-ups blocked, my view was a key annoyance in the game. That, mixed with some audio bugs, made it feel slightly less untested than unpolished. Along with this minigame-like action, short-changing the cashiers feels unneeded, feeling it could be replayed with something different than a choose the correct option. The Big Con shined more in the later half of the game than early on as it felt more puzzle and story-driven. 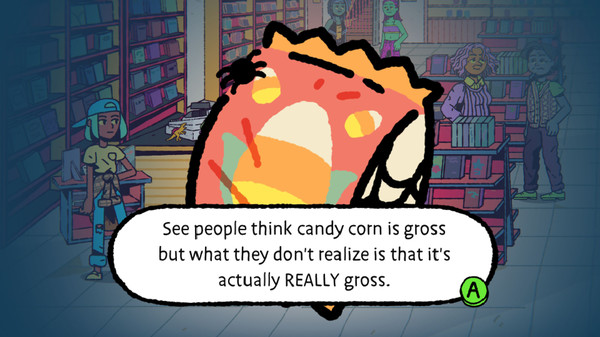 The style and way The Big Con goes about the design are very 90s cartoon-like. They got the vibe right, even done to some of the words used back then or popular around the time. Characters can be hit or miss to some. Overall the chemistry is there, but some may not enjoy the style of them. Many reused assets for the people compared to the unique levels and environment. Though there is no full voice acting, some of the clips and noises can feel mismatched as some adults sound more like children. Music works well as the song from the area will change its instruments used in real time depending on the building, store, or place you are at in the level. A good example is when you go from the street to a more high-end store, it is the same song but sounds in a way that fits the setting. 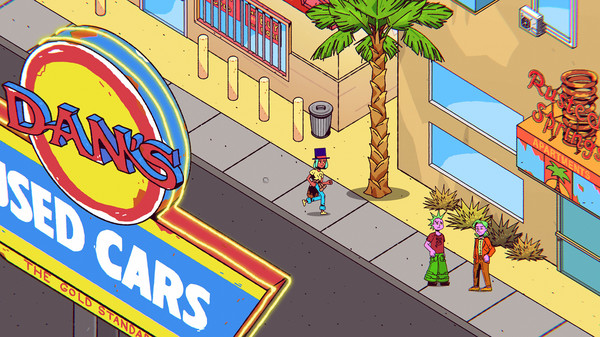 The Big Con as a casual story to play was an ok experience for me. Many enjoying casual story games may enjoy this one. I don’t see much of the game that makes me want to jump out to tell others to get it. It feels like it falls just short on the story and doesn’t pay off enough. The gameplay is mostly just casual and forgettable small minigame-like actions. The Big Con wasn’t bad but wasn’t something that made me smile when I completed it either. Most of it just feels lacking where more would have really made The Big Con an amazing story-driven game.