Have you ever wanted to play a stealth-based puzzle platformer with jump scares? If so, have I got a game for you! Gravewood High is all those things and a bit more besides—full of tricks, traps, and the usual spate of Early-access issues.

The first is, of course, incomplete. Really, the only thing I can speak on is the first part of what will eventually be three. You play a Tabula Rasa—you’re welcome (and some might think encouraged) to put any traits you please on our Player. The game won’t be giving you many hints. 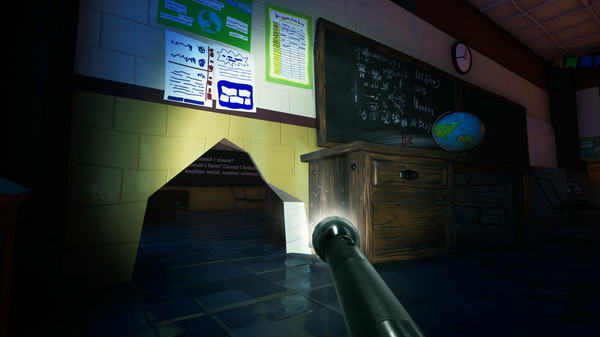 There are three major characters for this particular game: Erin, the Mission Control girl on the radio. She is brilliant at telling you everything you already know, sometimes several times. Sometimes I wonder what her relationship is with reality as it’s presented in the game. My guess? It was a particularly acrimonious divorce. At least she plays to the trope. The occasional nugget turns up, though, so not a total loss.

Next, we have the teacher, the appropriately named Mr. (Hadden) Hyde. This guy reminds me a lot of the Xenomorph, Freddie, Jason, and Mr. Meyers rolled into one and handed a flashlight. Avoid at all costs. If you’re super-lucky, you might not see much of him. You’re not that good. I certainly wasn’t. Not only that, dude’s fast. You’ll learn to hide quickly. 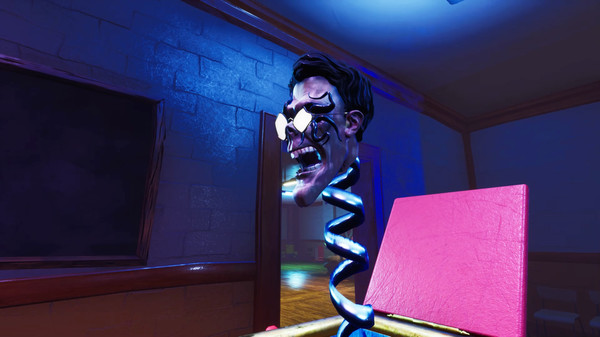 Our third character isn’t a person but a place: The school itself. It’s large, creepy, and full of tricks, traps, and wonky architectural decisions. Not that that’s necessarily a Bad Thing. It’ll help you in some places and hinder you in others. That said, there was one thing about it that I found supremely annoying (Not Erin-style). Every time you lift a gate in the school, you have to go to the other side to proceed. Unfortunately, when it comes back down (and it will), hopefully, you can’t go back with you on the other side. It’s called “sawtoothing.” It’s intended to control pacing in the game, pushing you along in the level. For an inveterate explorer like me, it’s frustrating. Your mileage may vary, of course. Some people don’t like spending twelve hours in an area making sure they haven’t missed anything. I’ve been known to do that.

The school itself is well-done for the nature of the game and the stylization of the game. Things at odd angles, weird bits, and bobs here and there are puzzles built into the structure. Other things that aren’t particularly necessary may be used to make your life a tiny bit easier. Later on, you’ll be able to destroy bits of the structure, and in some cases, you’ll have to just proceed. When shot, some of those things may even change into other things you can use to get around or solve puzzles. 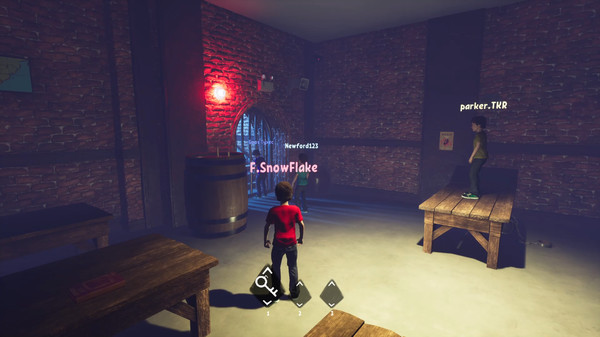 Each time you die, some of the objects in the area change locations—Never quite the same thing twice. There’s a very light “rogue lite” sort of thing going on. Your limited inventory stays in place, but bits of puzzles and artifacts won’t be where they were before. Occasionally, they’ll even turn up much too close to Mr. Hyde. Ouch.

Turning to the sound department, what there is of the voice work is well-done. Musically, it’s nice but not brilliant. The occasional grunts and squeaks enhance the already solid visual and gameplay. Nothing in there jumps out and grabs you before burrowing into your brain. The footstep sounds, on the other hand… 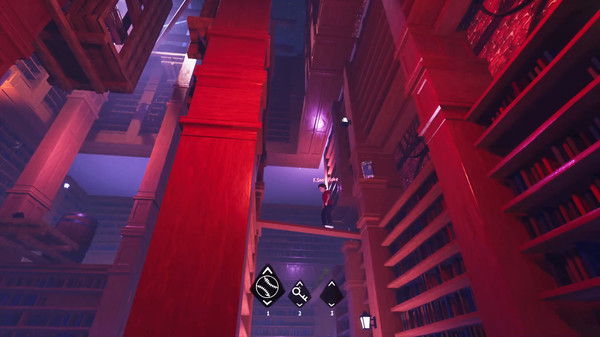 Technologically, it’s better than what I consider par for an Early Access title. The controls are clean and precise with the controller, the ever-popular mouse, and the keyboard. It’s light on resources and easily runs on 5+-year-old hardware with a mere 4GB of RAM. It runs like a dream on my 6GB GeForce RTX 2060 and 32GB of RAM. A creepy dream about solving puzzles in an ever-changing high school while trying to avoid a pursuing enemy.

So, for the Ultimate Question: Is it good? Honestly? I have to say that it is. I’ve heard that one before from other devs; while some have delivered, most have not. At three hours and change, it’s a bit short, but they’ve promised two more complete “levels,” with as much as ten hours of additional content going forward. These folks have a clear vision of what they want to do, with a level of detail that leads me to believe they have a plan. Even if they fail to deliver, the game stands as a potentially complete experience as-is. If you liked other games in this particular slice of the industry, then you’ll like Gravewood High. However, I recommend avoiding it if you have a weak constitution.