Tunche is a rogue-like beat ’em up where you are placed in a tribal setting in the amazon in hopes of fulfilling the goals of the playable characters while they bring peace to the rainforest. The hand-drawn design and smooth animations bring the world to life with its animals, monsters, and magic. Like most rogue-like games, you will improve over time as you slowly progress through each zone and defeat the boss of each. Tunche features Hat Kid from A Hat in Time as a guest character to use alongside the main cast. The game also is a co-op in local or remote play via Steam. 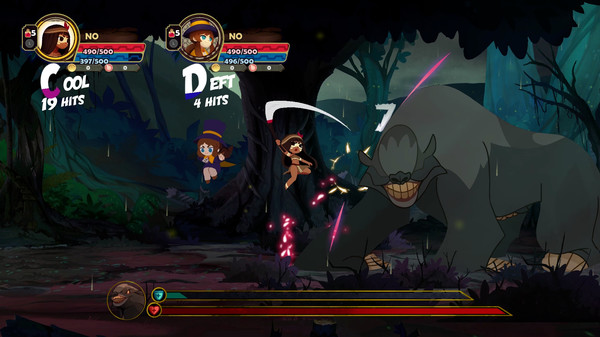 Tunche follows the stories of five individuals that brave the amazon for their own reasons. As you complete the areas by defeating the boss, you will be shown in a comic-like cutscene of their story and why they are braving the amazon. The characters you meet along the way have solid reasons to help and join your camp. Most of them have a shop or hold information. The story fits the vibe of Tunche; even if it isn’t complex, it’s enough to get invested that everyone and everything that happens is believable to the story. 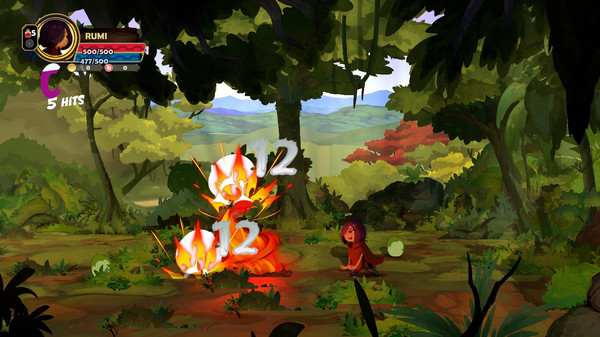 Gameplay is your classic beat ’em up. You have a few simple combos at the start but will slowly gain more as you send experience to unlock them, including ultimate style moves. Some upgrades affect the permanent buffs you find from each run. When you lose your health and return to camp, you can then spend what you collected. Your style rating in that round will increase as you use combos and different moves in combat. Combat revolves around dodging, a ranged magic attack, and a move to knock the enemy up to juggle them mid-air. Many unlockable combos and magic attacks use the mana bar. As you attack, it will feel up. The enemies will flash or show the area the enemy will strike. This helps significantly as many enemies can be on screen at once. Getting hit not only hits your health but harms the style meter’s grade. The player is rewarded for getting a high rating by getting more of a reward after combat in the form of EXP or Gold. The player will get to choose the next reward as you select a portal with an icon of the reward or NPC to meet mid-mission. 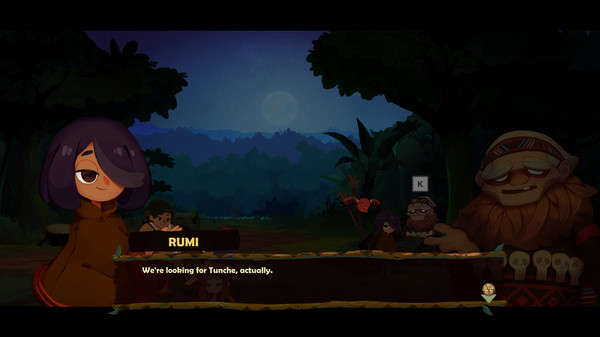 Bosses at the end of each area have different stages with a different attack to learn in each stage. The enemies have only one or two attacks, but mixing multiple different ones doing their own can be challenging but able to learn. The difficulty feels par with most beat ’em ups and rogue-likes. While that is the game’s highest point with multiple high points, I feel the lowest part is the rogue-like progression. It has all the base mechanics to be an amazing rogue-like, but it can feel slow compared to other rogue-likes. Replaying the beginning over and over can feel boring once you make it to the next few zones instead of starting in the new zone. 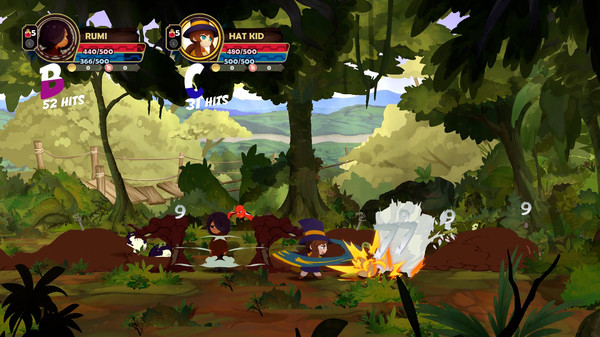 Style of Tunche is one of the highest points as it is all hand drawn with super smooth animation. The game runs super smooth, and I didn’t run into any crashes or bugs either. The controls were nice, but as it claims on starting the game, the game is better with a controller. I would also say the game is even better in co-op compared to single-player. The music and sounds fit perfectly with the magic and tribal setting. 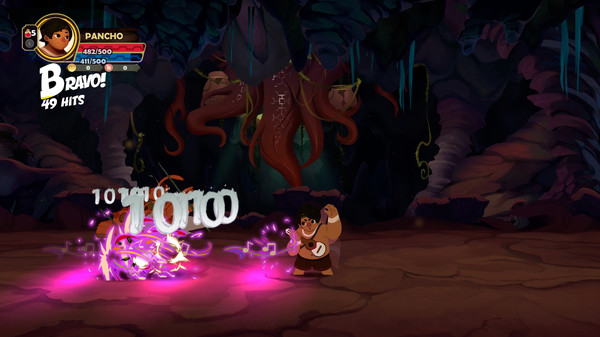 Tunche is a nice beat ’em up action game for co-op but lacks somewhat in balancing its rogue-like part. The game’s style and vibe are fun and bright and sure to be enjoyed. The hand-drawn style is perfect for the vibe and look they are going for, as I feel they couldn’t capture the style they got any other way. However, it seems far-fetched at first sight. The attention of Hat Kid from A Hat In Time makes sense and does it right. Including making her meme notorious “Smug Dance,” her idle animation if you stand still long enough. The look and feel and how they act in cutscenes are perfect for the game Hat Kid Came from. Many could look at the genius way they did this crossover and learn from it. The gameplay itself is fun with a friend and can bring some hours of joy, at the least. I do recommend this if you want a co-op beat ’em up before anything else. The remote play with Steam can be nice, but I recommend local co-op if you can fully enjoy it. If you are seeking more of a rogue-like experience, make sure you enjoy beat ’em ups fully, as the gameplay focuses on that than the decisions one normally makes in rogue-likes.