Brewmaster: Beer Brewing Simulator takes a first-person simulation game player into homebrewing. Simulator games normally take two routes. One route mimics real-world activities, while the other route uses it as a base but changes it for gameplay. My short time with Brewmaster has proved it is a highly accurate simulator to the point it could be a learning tool to understand brewing and how to do it at home. This preview was done as a one-shot run with a tutorial/walkthrough from start to finish on the first brew. 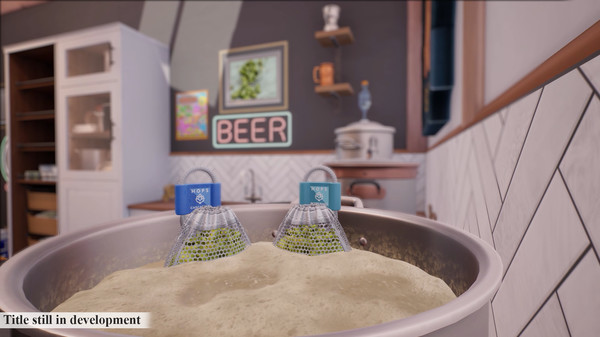 Brewmaster keeps its immersive feel from the start as all measurements you put in will stay in that container till removed. You start by putting the pot in the sink to get water. Turning on the tap will start to fill the pot, and you turn off the tap. Meaning you can overfill if not careful. The player will have to aim to get what is needed. The trick so far was to follow the recipe exactly while getting as close as possible to the measurements. Even pouring out ingredients or liquid into something, you will slowly tip it over to more or less, depending on the angle. The game shows you how much is being poured, but it can be hard to get it right on the money. I can understand not having to measure cups for twenty-liter pots, but I wish they had some for the smaller sugars and such you add. Understandability with this being an alpha build was to show what the game is to be. It was something on my mind at the time when playing. 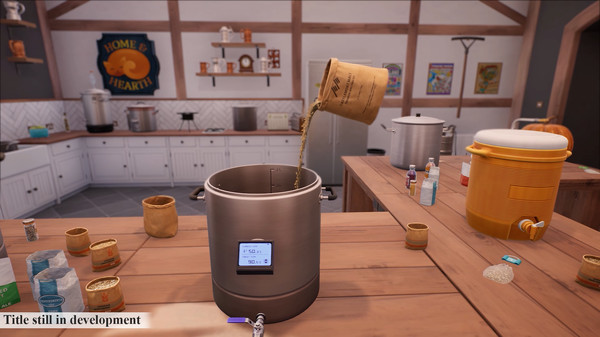 Going deeper in the realism feel is all the info on how brews are graded, including gravity and strengths. Everything has to come from somewhere when you use the tubes to connect. Nothing comes out of thin air in Brewmaster. Heat can be lost quicker without a lid. The temperature of water affects how things turn out, and items lose heat over time. I enjoyed aiming for the measurements while micromanaging the goal of what was needed for the recipe. It didn’t feel like a bland numbers game, as the walkthrough gave me the reasons why I have to do it that way. I learned about the process, what happens to the brew during that step, and what happens if it’s not done right. They even explain what you are creating and its use in the next step. I know somewhat of beers, but I came out knowing more and interested in learning more as I did the process. There are ways to fast forward time in days and just speeding up to let minutes pass in seconds and hours come quickly. Once everything is done, you can then take it to another room to be able to taste it and see all the final stats of your brew. I will admit it lost me here as I was unsure how good or bad I did. 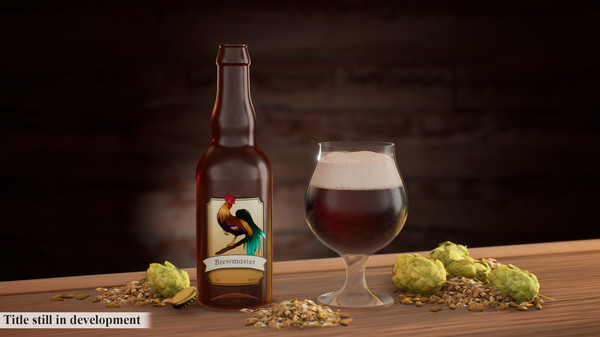 Overall it is hard to tell the full direction involving what happens to brews you make. I could see filling orders based on quality and taste wanted. I could also see more business-minded gameplay. Either way, I feel it will have the realism and ability to teach people who know nothing of brewing the starter steps while teaching the players knowledge of brewing for themselves. The game ran very smoothly for an alpha. This will be one preview I will be excitedly returning to for a full review. I can see this one being a good one for beer fans, and hopefully, the full game adds more surrounding the core experience I got to do.