Imagine waking up in the middle of a destroyed kingdom, not remembering anything except the fact that you can absorb the souls of the dead. Welcome to the world of Unsouled.

Even though the whole game is set in a 2D pixel art style, you will often feel like playing a 3D game. The change of perspective and incredible talent of the game designers is awe-inspiring and helps you fully immerse into the game. And despite the 2D pixel art style, everything around is incredibly detailed. It is being set in a world that will get you a lot of ancient world vibes. The world around you is beautiful, even though it is often ruined. Going through the world, you will see places similar to ancient Greece, Egypt, China, and many more. They are all very distinctive and never look the same. 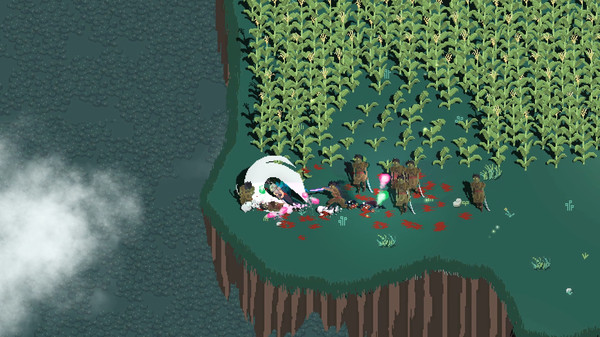 The soundtrack of Unsouled is very subtle. It’s more of a chill addition to the action that will be happening on the screen. You can think of it as background noise so that the game isn’t too quiet when not fighting. The only exception is music in boss fights that is very powerful and energetic, which adds to the fast-paced combat, and makes it much more intense. On the other hand, the audio effects will be what you’ll be hearing the most because the game is so focused on the fighting part. The sounds are very detailed, and you will easily distinguish whether you are hitting the enemy, his shield, or your surroundings.

Yes, I said hitting your surroundings because that can be a very helpful part of the battles. Since most of the things around are destructible, you must be careful about what you break to have more freedom of movement and what you keep around to use as a shield from enemies. But not only can you use them as a cover from enemy attacks, but sometimes you can even use them as weapons. The fighting system is very detailed and will allow you to, for example, cut trees or pillars and drop them on your enemies. Speaking of fighting style, you won’t be forced to go along a linear path. You can easily customize your battles to how you like them. Yes. Some tactics are required when fighting some bosses, but other than that, it’s all up to you. That is all thanks to many different attacks that can be chained or used in combos. Whether you prefer fast, agile attacks or heavy ones in combination with shield and counter-attacks, you also get several special moves, but those will require souls. 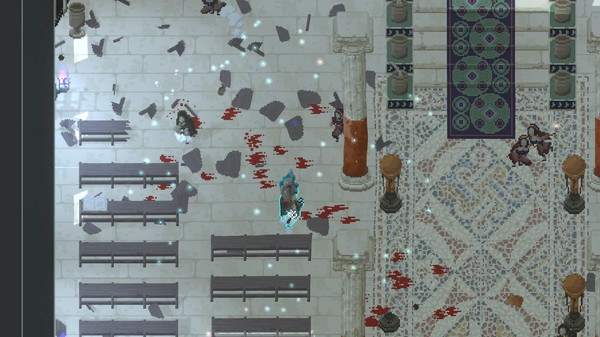 And souls are the central part of the game. There are several types of them. First, there are “common” souls of different colors. Depending on the color of the soul, thez will allow you to upgrade your skills and attributes, heal you or help you regain stamina. Next, some passive souls will give you many different game boosts and unlock new fighting moves. And finally, there are active souls you will be getting from main bosses that give you unique skills.

The challenge of the RPG part of this game is that you can’t just upgrade your skills anytime you want. For that, you need to visit special places called Gradiva statues. Usually, those statues can be found after clearing every stage. But beware because they only have a limited amount of uses. You want to plan wisely on which skill you need now and which can wait for later. 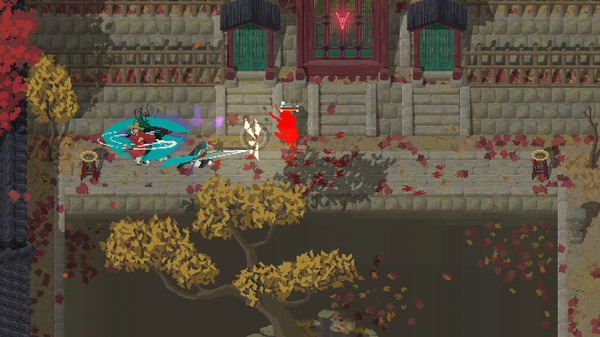 And how do you earn the souls, you ask? Well, except for the obvious way of killing your enemies, you will be meeting many loyal subjects to the kingdom who will give you their part of the story before passing away and leave their souls behind for you to collect them. Also, there is a place called Abyss, which can be reached either through the Gradiva statues or after finishing a stage. It’s like a training dimension, where you can try out all your abilities and complete little training challenges that will earn you some more souls.

Now even though the story is more of a supporting part of the fighting, it’s very fair to appreciate the style of how it’s told. You only get small shattered pieces of it, so you have to keep pushing forward to uncover the whole mystery. The mystery of who you are and what happened. At the beginning of the game, all you know is that you are a Prince of a Fallen kingdom who woke up in an old dungeon. You can’t remember anything, so you depend on the memories of others to start putting the whole big picture together. 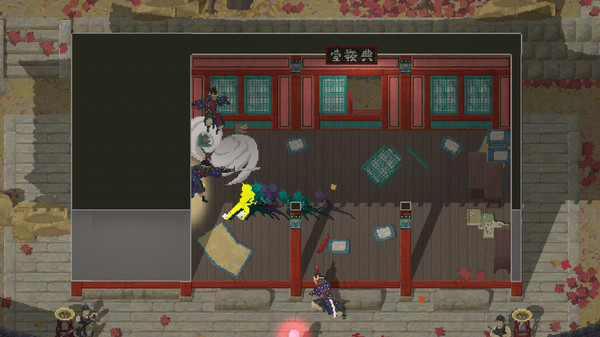 And to do all that, you only need to do one thing. Keep fighting. Now when it comes to fighting, I would recommend using the controller. Because there are many different moves, skills, and attacks, using the keyboard can sometimes be tricky. But if you decide to use the keyboard, some settings will help you. Auto-chaining makes the combos easier, block adjustment will help you turn the right way to block enemy attacks, and dash adjustment will help you target enemies. It might take a while to get used to the controls, but once you get into them, you should have no problems. You also get a lot of help from the game itself as the tutorial and game hints walk you through every move, and the abilities list has the controls written down, so you can easily get to them again. If you’re a fan of roguelikes, Unsouled is worth trying. Even though the game is still in its early access, it contains most of the entire game experience, according to the developers. So you don’t need to be afraid that you’ll be getting less of the game.