Kingdoms of Amalur Reckoning were first released back in 2012, yet almost a decade later, we get a new DLC to the remastered version. Although unusual for a new DLC to be made for a remastered game. I feel this should be more common in the remasters and remakes we get. Some remasters of late have done more than a graphic upgrade and remastered or remixed music, art, and extras to find. Kingdoms of Amalur Re-Reckoning – Fatesworn does what I wish more would do in a DLC. 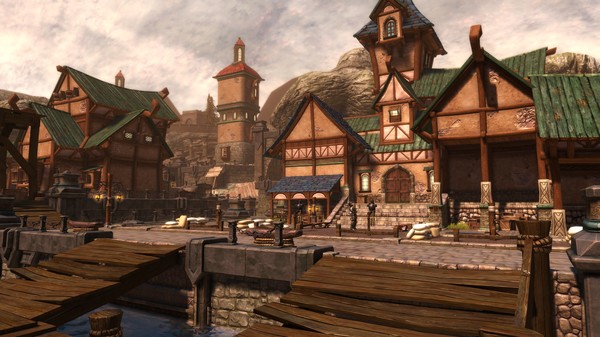 First off, Fatesworn takes place after the main quest of Kingdoms of Amalur. Fatesworn feels like it should have been part of the original game. If one never played Kingdoms of Amalur before and continues to Fatesworn, they wouldn’t be able to tell this wasn’t part of the main game before. This is one of the many things this DLC did right. It feels like it betters the game with its addition. I felt nothing niche or silly about the DLC that made it feel like it was a DLC. If anything, it felt like a big story expansion that brings a true end to the story while leaving open enough for a sequel. The ending of Fatesworn feels like a better ending than the original’s ending. 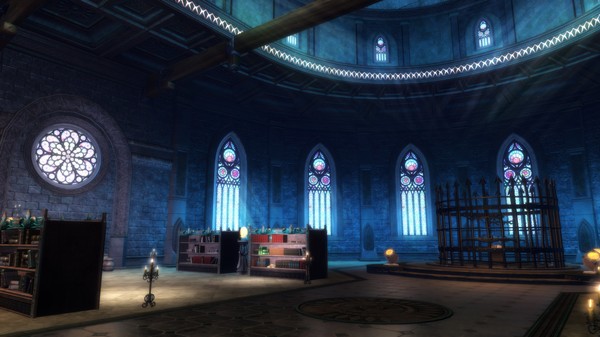 The gameplay in Fatesworn adds a couple of mechanics due to the story, but nothing will feel different to the player. The feel of the classes at the original end game feels the same as this current endgame with the DLC. The few mechanics don’t ruin any current builds or playstyles while giving enough spin to keep things of interest. Kingdoms of Amalur had a good feel to it, and I’m glad they didn’t touch anything “Just to touch it.” Fatesworn didn’t add much on this side, but I felt it didn’t need to. If anything, I felt Fatesworn gave you a nice DLC to now take your super-powerful character to show off the hero you now are to everyone. 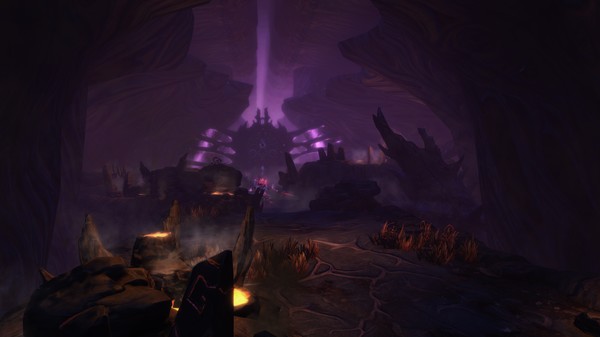 Most of the time and effort in Fatesworn was put into what Kingdoms of Amalur did best. The story. The voice acting and writing quality is kept to the same levels like the base game. If you enjoyed Kingdoms of Amalur from start to finish, this would be a must to get. Without spoiling too much. A god of chaos is in Amalur; you are tied to the event being the fateless one. The story goes further into fates and their power in and around Amalur. Side quests and more litter the new DLC to the point you can easily put eight hours just in Fatesworn. New NPCs and returning NPCs from the main story help carry the story along. 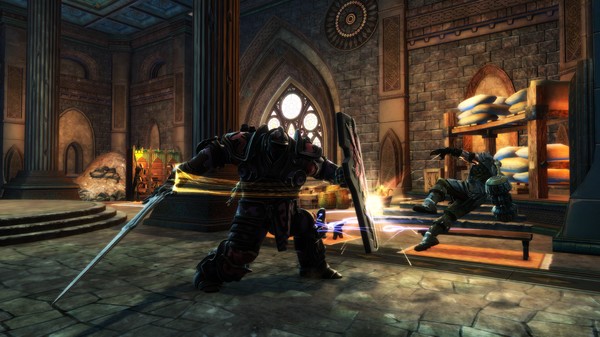 The downside to the DLC is, oddly, its greatest boon. More of the same in the case of Kingdoms of Amalur is an amazing thing with its story and full voice acting with every NPC. a rarity nowadays. The flaw is you really get more of the same. Fatesworn is a must for the fans or those that enjoyed the game as it adds a final chapter. Those who didn’t enjoy it or find it ok may not feel they will get a lot from it. The additions are not crazy or over the top. They made the areas in the DLC bigger and wider than other parts of the remake. They played it safe in a good way. Doing wilder mechanics or adding game-changing changes would take away the charm of the game. Part of me wishes for more safer additions or different weapon types to try. I can not complain too much as it is done to the style of the main game. The additions made sense, and I wouldn’t be surprised if a developer came out saying the story and side quests of Fatesworn were cut due to time creating the original game. It feels like it should have been part of the game as the final chapter. 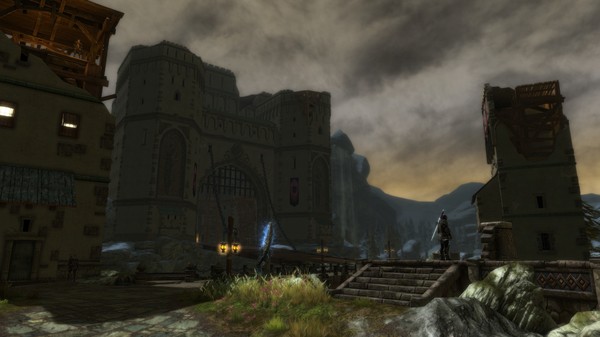 Overall this is a solid DLC many developers need to take note of—a welcomed attention to a remastered game that kept all that was loved in the original game. Many games have optional DLC where the player can get the full experience and story without them, and Fatesworn isn’t that. Although it adds more of an endgame chapter, it helps make the game feel complete and come full circle. It does broaden the story and expands the world to give a potential sequel to Kingdoms of Amalur. Fatesworn is directed toward people that love the game, and it is a must-have for it. For a DLC, it does a great job of adding to the game, even if I wish they would have added more throughout the main game as well.

FoxieEXE gives Kingdoms of Amalur: Re-Reckoning – Fatesworn for PC a Drastik Measure of 8.7 out of 10.0 (87)