Many are the tales of the adventures of Adol Cristin, and many are the hearts he’s broken along the way. Alongside his (too) faithful sidekick Dogi, he gets into (and somehow out of) every kind of scrape imaginable. With a few that aren’t… Frankly, I’m surprised Adol hasn’t been banned from getting on a boat. Every time he goes on a sea voyage, the poor things run into some trouble. Take Ys VIII, for example—he’s aboard, and the ship gets wrecked off the shore of a cursed island. To be fair, the same thing happened before Ys I, too. Only that time, he didn’t take anyone else with him. 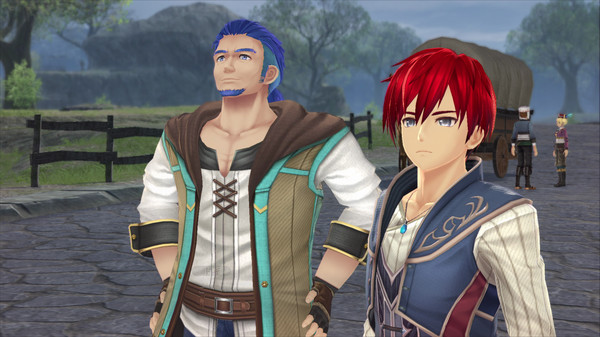 This time, no sailors needed to fall into the ocean—Adol and Dogi arrive at the gates of the city of Balduq, home of the mighty Balduq Prison, on foot. After which, Adol is immediately arrested for crimes against a country he’s never been to. Of course, if these things didn’t happen, we wouldn’t have a game, would we? Because, of course, he is. He wouldn’t be Adol Cristin if he hadn’t. We simply MUST have Adol getting into some trouble off the top. It wouldn’t be a Ys game otherwise. 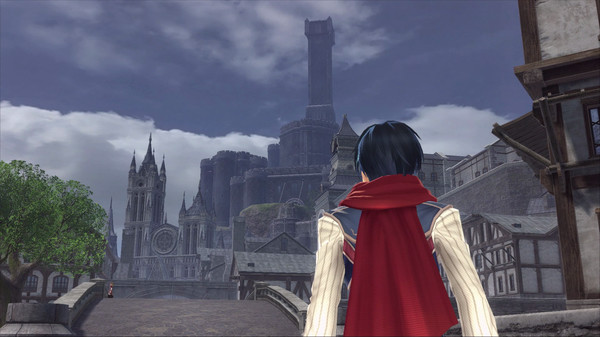 Each chapter is dedicated to dealing with the issues of one of Adol (Crimson King)’s companions—known collectively as the Monstrums—White Cat, Raging Bull, Doll, Hawk, and Renegade. I’ve not seen a more… eclectic collection of types and personalities in a great many years. Some are easier to deal with than others, and another is far too young to be doing this sort of thing, and so on. Others join the cause to guard the home front and supply the team with useful stuff, and so on. Of course, your selection of fellow brigands along for the ride plays into the combat system. As you firmly ally yourself with the various Monstrums, Adol picks up their abilities, and he can take them along for trips out, continuing the slash/stab/bash weakness thing that came out of Ys VIII. You should take one character who can do each and switch control between them as you pile on the damage. It feels a lot like Ys VIII’s combat as well, which isn’t a bad thing. It can be a right pain in the tukkis if you’re missing a damage type. 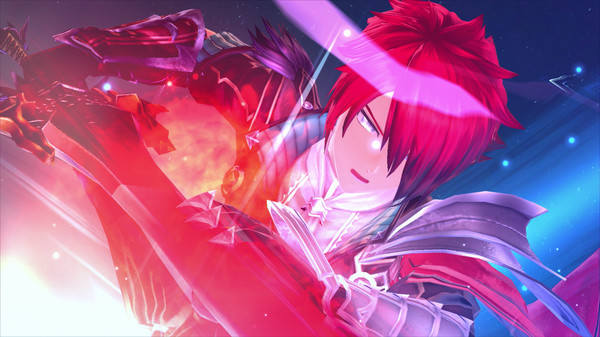 As in all of Falcom’s games of recent years, expect to spend a lot of time hunting collectibles. Some of them can be tedious, others frustrating, but all are reachable if you have the right allies amongst your fellow Monstrums. The game feeds you access to the various spots throughout the entire game—No shortcuts for you! 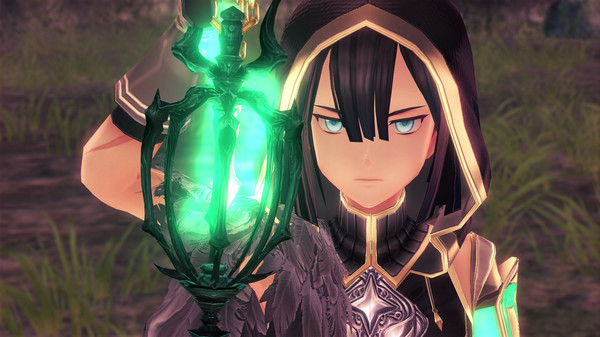 One of the most notable things you will find in a playthrough is how much variation there is in the geography: Unlike previous games, they’ve used every polygon they could wring out of the engine to create new places to explore, utilizing all three dimensions. To me, the small loss of potential texture quality seems to be a reasonable sacrifice for the added gameplay value of being able to traverse nearly every surface the city has to offer. Never mind, you’ll need all that talent to get the things you need to deal with the problems you’re facing throughout. It’s not the best-looking stuff texture-wise, but I must say, running up the outside of the Cathedral is way more fun than it should be. It looks good and gives all six degrees of freedom (depending on what areas you’ve opened up) that most people seem to want and very rarely get. Even the inside of the prison is fully realized, and it gives the game a sense of scale far in excess of the size of the city on a global scale. 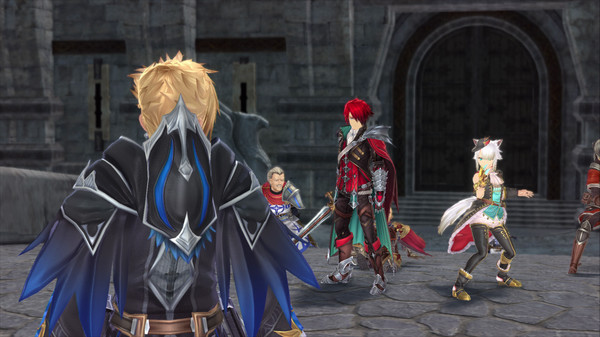 Story-wise, Falcom is on solid ground here in that although they’ve remained fairly formulaic when in comparison to their earlier titles, they go to the trouble of adding references to other games in the series, which for Ys fans is something of a relief—much speculation about the order of the games in Adol’s chronology was resolved this time. Although they’ve kept the earthlike names for places, it doesn’t take long to realize that our world is not the one we find outside our windows. The “world” that is Balduq and its immediate surroundings are well-realized and internally consistent. That they’ve mated it up with Altarra, the Isle of Seiren, and other places in this twin-mooned world in a way that makes sense is all the more impressive. Too many times, I’ve seen games that are supposed to be related that are not. Each chapter also has an interlude wherein another Adol gets to wander around inside Balduq Prison to pry into yet more of its secrets. Someone has a figure out which closets the skeletons are hiding in, right? 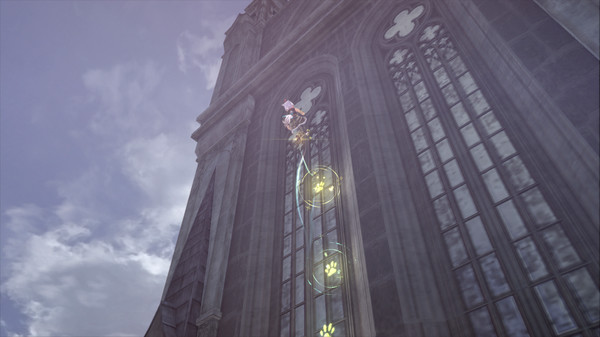 Ys IX stands out from most of the games around it in another way: It’s the first game in a long time that’s tempted me to buy the soundtrack. It’s beautifully scored, and significant care was taken to ensure the rest of the soundscape measured up. Fantastic. I played this particular game on PS4 shortly after being released on that platform, which went pretty well technologically. While I’m not sure how this would run on the average five-to-ten-year-old potato, it worked pretty well on my system. The port quality isn’t the most brilliant I’ve ever seen, but it was eminently serviceable. It was nice seeing the game on PC in a workable state. I did get the occasional crash until I got everything tweaked (and an update). Not perfect, but it got corrected quickly enough. 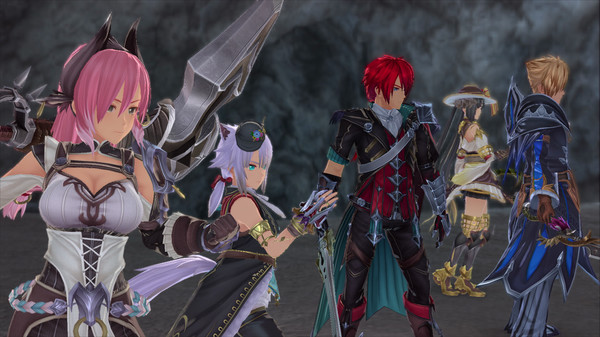 That said, I do have one gripe… A small pile of expensive DLC. Again. Not as many individual chunks, but three large packs (sans soundtrack) that run up quite a sum. Unlike their other major series at the moment, the about forty-five dollars we’re spending above and beyond the sixty-dollar asking price is lackluster at best, and the consumables bundle can greatly affect gameplay if used at the right times. The other two are cosmetic and are of some value if you like to look special, but I was left unimpressed by many of them. Falcom loves this stuff, and while I can see why, it can get a little old after a while. Is Ys IX: Monstrum Nox a good game? I think so. It certainly stands up well against other games in its own series and some of the others as well. Combat is solid, albeit lightly retreaded, outstanding soundtrack, a deep story, and a playground for a city come together to weave a fine tapestry of danger, excitement, and redemption for our intrepid heroes. It makes a fine way to spend sixty to a hundred hours exploring all the nooks and crannies of ancient architecture, bopping monsters on the head, and otherwise making a nuisance of yourself to the local constabulary. If you’re a fan of action RPGs with a hard fantasy bent, you could do a lot worse than Ys IX.