Be Hero is a mashup game pushing together open-world (ish) combat games with farming simulation, base building, RPGs, and the building of villages, all with a cutesy sort of art style. The premise is basic—Protagonist-chan finds a rusty sword and sets out to be a hero by slaying the Demon King (or a Dark Lord). They sell all their worldly possessions and set out for the Place of Places near the lair of the Big Bad. Only the journey takes FAR longer than strictly necessary to get them there.

Predictably, the Big Bad has already been defeated by the time Protag-chan arrives and has been for at least a month. Going back from whence you came isn’t an option either, as the Ferryman now wants a million credits (or gold, etc.) for the return trip. Yes, that’s highway robbery at its finest. Looking around the area, everything seems to be in ruins (no Big Bad means no adventurers, means no money in, and so forth). 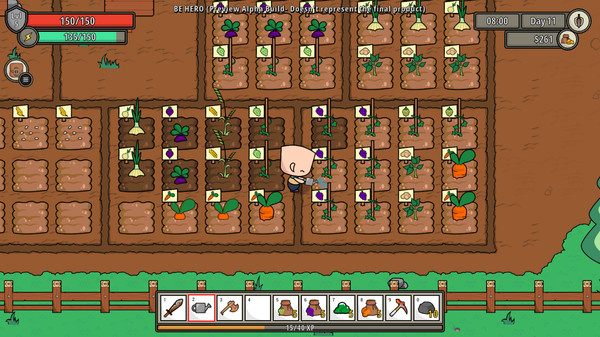 So, time to roll up your sleeves and become a different sort of Hero (as there are different kinds now), and start questing, gathering, growing, and so on to bring the village back single-handedly, despite the best efforts of the townies.

No, really. At some points, it seems like they’re going out of their way to make life as difficult as they can for you. In one quest chain, you have to obtain a pickaxe, break a rock for the key that’s wedged in there somehow (with predictable results), track down the critter with the spare, and invade a magic forest (random dungeon) for it. We don’t talk about inventory restrictions, limited stamina, skill trees, and the like. 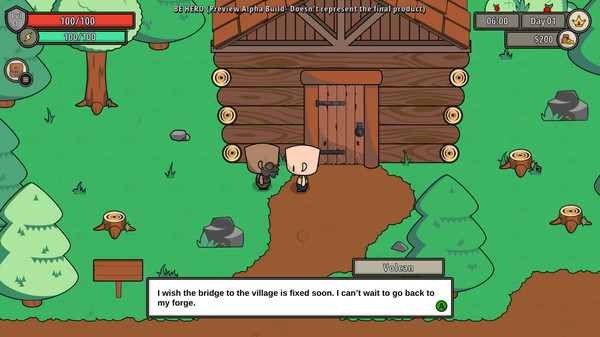 On top of that, some of these things require you to craft an object that may or may not have any perceivable connection to what you’re trying to accomplish. I get that they don’t want to make things easy for you (and they milk the McGuffins out of that), but really? It’s a LOT of busy work.

Some of it will cost money and time for seeds and the growing of ingredients. Beer is a popular thing hereabouts. Mind you, this all happens before you get to the village proper. That compounds Protag-chan’s issues, of course. I feel bad. If I hadn’t started the game, she (or he) wouldn’t have ever left home. 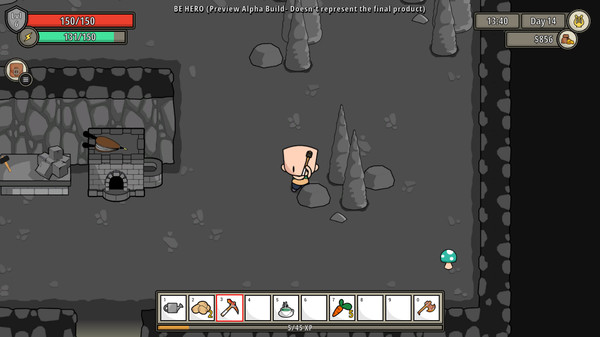 Speaking of Protag-chan, there are plenty of ways to modify the character to your taste: Hair, clothes, names, and so forth. There aren’t millions of options, but there are loads of combinations of the options they have. I’m not sure if there are any marriage options available for the game, but the writers have given Protag-chan a distinct personality. Otherwise, s/he is Tabula Rasa—they are whatever you choose for them to be. I approve—it certainly saves on the animation budget. Not that the art style requires it, but still a good design choice.

Story-wise, it’s about par for other games of its general type, even if it’s more busywork than the average. The different genres added to the RPG template will eat away when you have to go adventuring; it will be pretty limited to the first few levels between the time of day and your stamina meter. There are ways to improve things, but the number of skill points you get per level doesn’t amount to much, especially with all the skills available to purchase. From the looks of things, the chances of you getting enough points for every skill before the level cap. Not a hundred percent sure, as I haven’t gotten my particular Protag-chan to the cap, but I wouldn’t be surprised. This makes for a nice segue: leveling isn’t based on how many critters you’ve murdered, but across most (if not all) of the other activities you engage in. All the things—farming, mining, cutting down trees, brewing, and so forth all add to your experience total. Just don’t take your ax to the pine trees. That has terrible consequences, according to the villagers, and a sign I found somewhere early on. 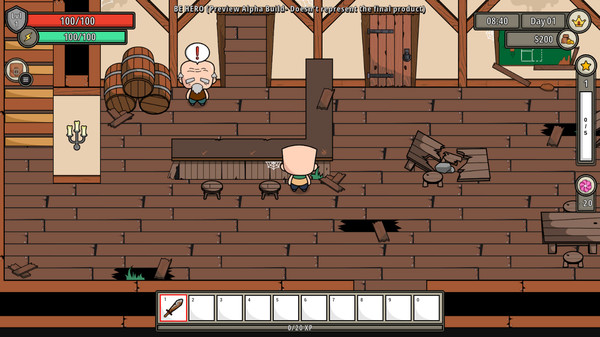 Be Hero is an entertaining game if you’re a fan of RPGs, farming sims, and so forth. It does have its issues, mainly in the localization department, but the stiltedness of the language still gets the point across—they made an apparent effort, and we always have patches. You can see the occasional twitchiness caused by Chinese grammar rules, but not enough to drive me ultimately up to all five walls of a round room. I got by on just one this time. Otherwise, Be Hero is a solid game that is, at the very least, well-thought-out.