The first year was marked by a variety of updates including the Katana-wielding Braver class and the nimble Bouncer class. The year’s largest update, Sandstorm Requiem, debuted the new desert region, Retem, new enemies, and new characters as well as the addition of Chapter 2. Players celebrated all year long by participating in seasonal events like the Autumnal Equinox, Winter Event and Spring Fiesta, which featured limited time quests and rewards. Players also commemorated the launch of Sonic Colors: Ultimate with a special collaboration campaign that featured Sonic-themed rewards.

The Reminiscence Collection, which brought back beloved cosmetic items, emotes and motion changes and Gilded Glamour, which featured luxe embroidered dresses and detailed attire, were the most popular AC Scratch Ticket Collections. Summer Sky Seaside, which included perfect outfits for summer such as swimwear, was a community favorite. 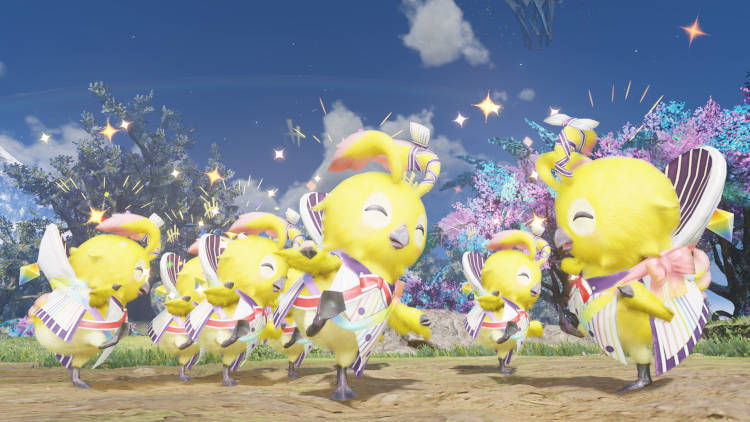 Starting today, players will be able to partake in a variety of in-game festivities to celebrate the one year anniversary of Phantasy Star Online 2 New Genesis! 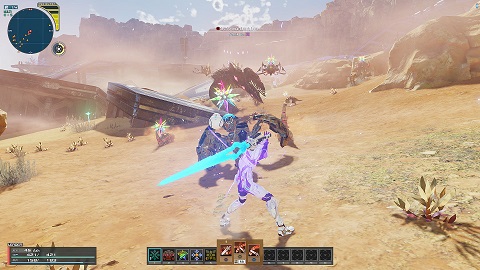 PHANTASY STAR ONLINE 2 NEW GENESIS is a new online action RPG game by SEGA. Set 1,000 years after the events of Phantasy Star Online 2, PSO2: NGS takes place on Halpha, a planet on which ARKS (soldiers of the Oracle colony fleet in the Phantasy Star Online 2 series) are locked in a battle for dominance against the mysterious DOLLS.

PSO2: NGS features new and improved action combat and character customization, allowing for more flexibility and expression than ever before. Choosing from four unique races and seven classes, players can join forces with other operatives to experience unforgettable battles and boss fights in brand new locales, with an emphasis on flowing, flashy mobility to conquer and explore sprawling open environments. Players will be able to do all of this with friends on both PC (Steam / Windows 10 / Epic Games Store) and Xbox One thanks to cross-platform play.

The Global version of PHANTASY STAR ONLINE 2 NEW GENESIS includes fully localized text and character voices in English and will remain content current with the Japanese servers. Details can be found at https://ngs.pso2.com/.  For additional up-to-the-minute updates, players can follow @play_PSO2 on Twitter, @PSO2Official on Facebook and @play_pso2 on Instagram.

SEGA CORPORATION is headquartered in Tokyo, Japan, a worldwide leader in interactive entertainment both inside and outside the home. The company offers a variety of game contents for console, PC, wireless devices including planning, development, sales and operation, and amusement machine including planning, development and sales. Moreover, it provides game content developed by studios in countries around the world through global publishing bases.