Surprisingly you don’t see many games that are published and developed by the same person but there are a few that are willing. Inexistence Rebirth is Jonathan Brassaud’s remake of the original release Inexistence that was released on steam in 2016. In the game you play as Hald that was chosen by the gods to be a “Keeper” with his sister Hania, living out your lives in a hut on an island. Peace doesn’t last forever though when Claos breaks into your home and places your sister into a crystal unconscious and tosses you around like a rag doll. The only way that Hald can save his sister is to get stronger and to find and defeat Claos thereby breaking the spell. 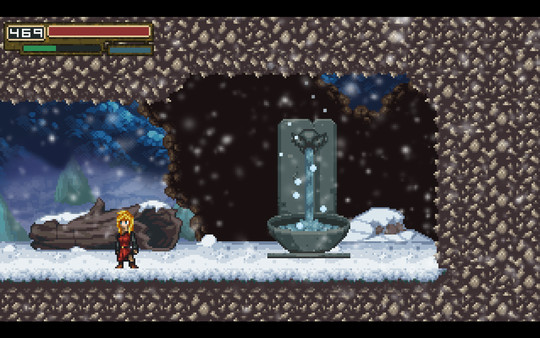 The control scheme of this game is similar to a lot of the Metroidvania games though besides sliding back as a dodge, Hald does a small roll I do not understand this change but it makes it easier to fall off of ledges and can make controlling Hald slightly more difficult as well as making two separate buttons for both directions rather than just one that makes you dodge backward. As for the rest of the gameplay just like most Metroidvania’s, there is an EXP system as your character kills more creatures the stronger Hald gets and gain AP points to spend on perks that can increase your combo by one, a minor life regeneration (1 hp every 2 seconds), and others. Although the abilities that you can gain with AP points can be beneficial most are so minor that you will forget about them quickly, the most useful however is going to be the magnet ability that attracts money and EXP toward your character. When leveling up you also have a couple of attribute points to distribute to strength, defense, or magic. The biggest boost that can be received is buying new equipment that can be bought by the magician in the hut. Although I have to appreciate some of the references that some of the weaponry and the armor give to other series favorites, for most people, they will only go for the strongest weapon and forget the rest that is being sold. As for the drop rates of enemies giving you better equipment is kind of laughable since you can buy better once you have them drop. 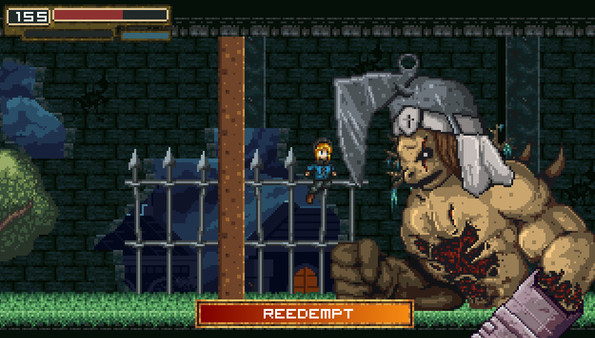 As for the graphics for the game, there is some really good pixel art that is presented in the game, although I feel like it’s trying to go for a Castlevaniaesque vibe, its thrown off by how some of the creatures within the game look goofy rather than spooky like the castle magician that looks like something from Disney. Although the game has some bosses they only come in two generic forms, the big powerful creature that will do a lot of damage and the smaller but quicker enemy that is harder to hit. The sound work however was ok, as the music seemed pretty good at first but quickly forgettable leaving no impression. The sound effects however seem to be very generic from the sword swings to the footsteps that you make. The one thing I did enjoy however is if you did make too many mistakes and die that your character will be transported to the last save screen rather than the game menu. But the biggest disappointment this game gives is the lack of story and the depth of the story, without going into spoilers, in the intro scene is about roughly more than half of the story you will receive. Although after beating the game there is another play mode that you can dive into in which you play as Hania going through the same game as if trying to copy Castlevania’s: Symphony of the Night. 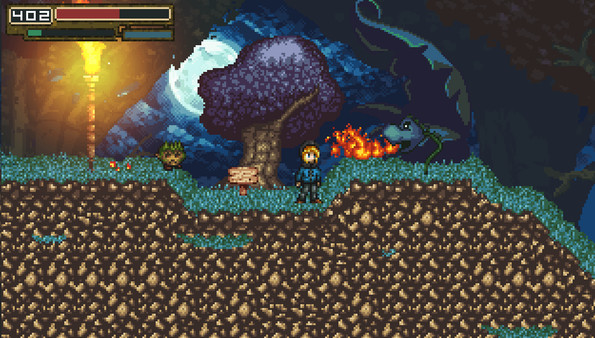 Although the player can go back to previous areas and discover new rooms from newly acquired items like an item that allows the player to double jump, going back and getting everything from the puzzle pieces and the extra items do not extend the gameplay at all with a complete first playthrough run of 2 hours, completing both inside and outside of the castle.

As a fan of the genre, I was severely disappointed how shallow this game was overall and it shows with almost every aspect of this game, the worst part is that this “remake” of Inexistence promotes that is three times larger than the first one. At the price of $8.00 for this game, I would stay away from this game as the only thing that it did was run correctly.