Video games have always had a large audience in Chinese-speaking territories due to the large population of these territories in general. Unsurprisingly with this popularity, there are a series of developers based out of these regions looking to join the industry.

One of the latest to join this list is HAAK, developed by Blingame, a Shenzhen-based developer team. Their past portfolio includes a few mobile games, and as far as I can tell, HAAK is their first PC title. 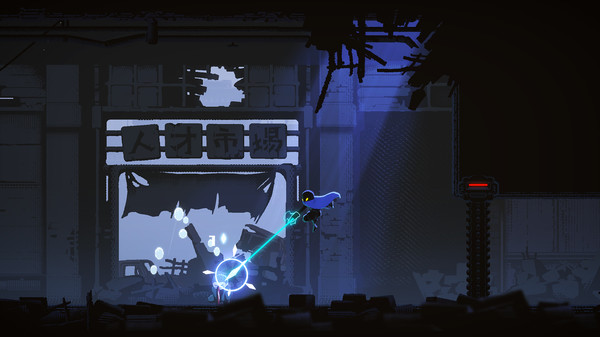 The game is set in a post-apocalyptic wasteland, likely somewhere in China (due to the artwork having all sorts of Chinese characters and the locations having pinyin names). You control the titular character, Haak, on a journey to find his brother, who’s named…erm, Baak. At some point, he finds a watch belonging to an agent, a rather high-tech one, inadvertently leading him into the inner workings of a mysterious organization.

As with all typical Metroidvania games, areas are gated off until the player finds new abilities. Haak starts not having any semblance of abilities besides his standard physical traits, like walking, jumping, and being able to fall high distances without taking fall damage. (He’ll get stunned for a moment as he recovers.) 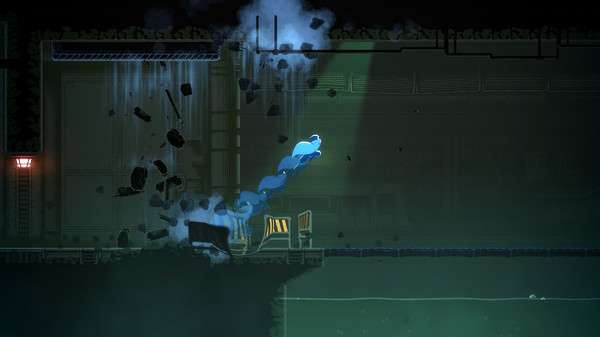 This initial bit of HAAK is strictly non-combat, where HAAK will have to dodge all the enemies coming at him, as he’s practically helpless…until eventually, HAAK will come across The Glove. After an explosive cutscene, he gains the ability to attack and to use a grappling hook. At various parts of the world, he will eventually discover more new abilities to open up so he can traverse more of the terrain.

While HAAK starts in the Sanhe Ruins, he will eventually leave and gain access to the World Map, where he can travel to other places, each with its large layout to traverse. The game has three main chapters of sorts, each in its dedicated place; the story will continue in further updates. 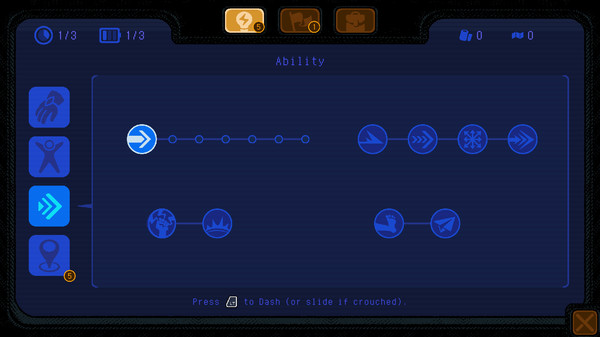 The key to a good Metroidvania is the gameplay aspects, and HAAK nails it. Almost. The platforming feels solid and tight, the game responds well to my button inputs, and later on, the combat is simple yet decent. The platforming challenges are good, though they may require a few tries to pass, as some of them are tight and have very little margin for error. Thankfully, the checkpoint system in this game is very forgiving, although the tutorial failed at its goal somewhere because I didn’t realize I had to press up at the checkpoint itself to save.

This is wrapped up in a gorgeous retro-looking feel, with mostly pixel-based graphics. Interestingly enough, a more minimalist aesthetic is used for HAAK, depicting him as a masked figure, but the full character portrait that appears in dialogues indicate otherwise. This portrait appears in dialogues with the organization’s mysterious Tr8, who instructs HAAK to track his agent 3kyo down after he obtains the watch. The names seem weird, so I wonder if there was any context in the original Chinese names that may have been lost in translation. The rest of the audiovisual side isn’t bad either, with the soundtrack being rather atmospheric rather than in-your-face, and complements the visual style perfectly. 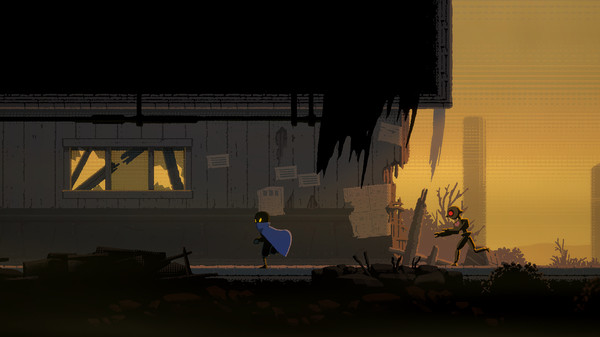 Of course, the largest elephant in the room is that HAAK isn’t complete yet. There were only three main levels to go through, with a few other areas to explore (including a town of sorts, the only place with other humans to interact with). When I finished the last of these levels, I checked the time spent, and it clocked out at just under 3 hours, so that’s not a lot of game for the asking price at the moment. Oh well, it’s still early days yet; plus, the current content ended on a cliffhanger, so I want to see how it progresses when the Chapter 4 update drops sometime in October (at the time of writing, it had not).

Early Access — not content-complete areas need to be fleshed out.
Current content is around 3 hours long only.

HAAK feels very solid, tight, and great. The key letdown is the amount of content. It is understandable since it’s in Early Access. If the idea of a solid and responsive feeling Metroidvania-like appeals to the Metroidvania aficionado in you, and you don’t mind the lack of content, it currently retails for $14.99 on Steam, with price increases forecasted for additional content.