Outpost Delta is a Sci-fi Action Metroidvania-style game where you play as one defending the outpost from invaders after being activated by the A.I. of the station. With the A.I. of the station, you seek out to restore the station and defeat the intruders. The Klaath invading the station is the main threat, but the station’s defenses also work against you as you explore, upgrade and unlock areas to complete your mission. 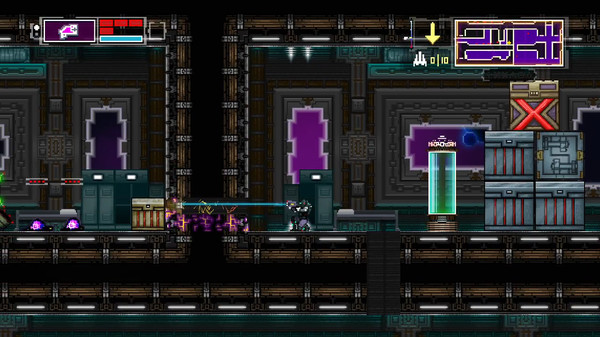 The gameplay of Outpost Delta mixed with bugs and lack of many quality of life features that greatly bring down the game. You start out having a pistol that has infinite ammo and is your default go-to. The mining tool you get is a utility device as it can destroy more damaged parts of the station. These turn into more-so doors that are not doors when exploring with nothing hidden to find with it. It also allows the player to use it on robotic enemies to disable to dismantle them. You eventually get a rifle, but the limited ammo and usefulness to destroy boxes you normally can make you not want to use it a lot. Considering it is key to opening up more rooms and progression with no way to farm for more ammo or health makes you resistant to use it. Platforming is just as major as combat as if you are not fighting enemies in a room you are platforming. Around getting boots that allow double-jumping and allowing to attach to blue magnetic plates on the walls and ceilings, the game makes them more complex. The complexity would be bad if the mechanics worked correctly. Many times they don’t seem to want to stick to them when you jump at them or are too stick where you can not do the complex jumps the games want you to do. What is worst is these turn into the major game mechanic and the many bugs with it make it a horrid experience. From getting stuck within the walls to the point you have to quit the game to reload your last checkpoint or save to jumps where you are always just out of reach to the point you to do odd jumps to do something simple. The jumps on the walls and ceilings can be extra buggy. The game can’t decide if you want to stay connected to the wall or not can lead to death by the lasers and starting back at your last checkpoint and save. Enemies’ A.I. seems very simple and off on top of the issues with the platforming. The aliens with guns seem to be dumbfounded if you are no on a horizontal path and will stay next to a box and be shot. In turn, when they can just run at you, it is relentless, and you will die quickly if you can not kite them into another room or have the grenades to kill them instantly. The amount of bullets is nearly impossible not to take damage facing them. They also can be aggressive when barely on screen that makes it like an ambush even when it shouldn’t. The entire gameplay feels highly unpolished, and they even throw in the ability to change the station’s gravity. With a fuel system for the zero gravity that feels untested with the amount of fuel is needed. 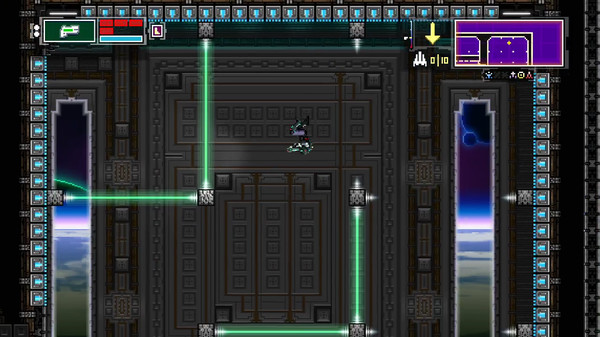 The station is divided into sections from the central lobby. This is one of the worst quality of life issues of the game is no map, no options, and no logs. The only indiction to help track where you are in the elevators telling you the follow and the minimap. The minimap itself is next to useless with no data or indicators. This includes if you have been there or not. The entire gameplay of the exploring is finding the keys of each section, and activate X console to get an item that allows Y to continue. Though meant to be a twin-stick 2D shooter, I would avoid the controller over the keyboard and mouse. You have to swap often, and the controller’s layout feels awkward compared to the keyboard and mouse. The lack of logs means you better read quickly and remember what the A.I said, as there is no way to go back and know your objective or where it is at. When the A.I. tells you to go to the armory, you have no clue where that is unless your standing in front of the door of it. It was very tough to take breaks as coming back I couldn’t find out what my objective was other than being trapped in this section of the station. 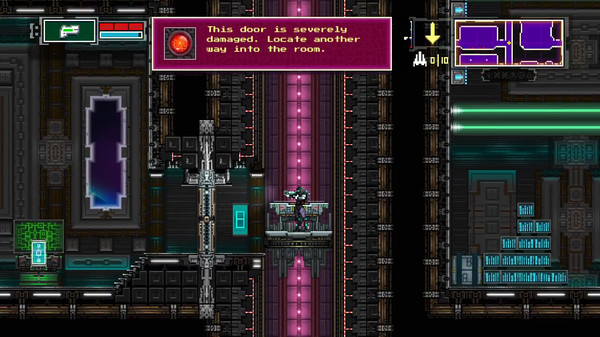 Outpost Delta gives a nice first impression with its style and art. The station gives a nice dark atmosphere of a forgotten station. You quickly gain the feel of the environment and the pace of the game by the speed of your character. The music backs up the tone of the game, but this music doesn’t do much else than ambiance. The music doesn’t seem to change or keep up with what you run into the game to make it just feel like ambiance, even if there are slight changes for boss fights. The style and graphics are one of the high points of Outpost Delta, as the rest doesn’t seem to keep with the same quality of the smooth running game. Going a bit more of the style is on the darker side, with most bright colors going to doors, pickups, traps like lasers, and helpful things interactable consoles like the save points and buttons. The contrast works for the most part, but at times the space between rooms can just seem it is too dark at times. Projectiles from the enemies and yourself also seem too dark as they are also small. You will run into times where you cant see what you are meant to dodge as it blends into the background. Sound can feel missing as enemies, and the save points feel like they are missing sound files or its meant to be silent. 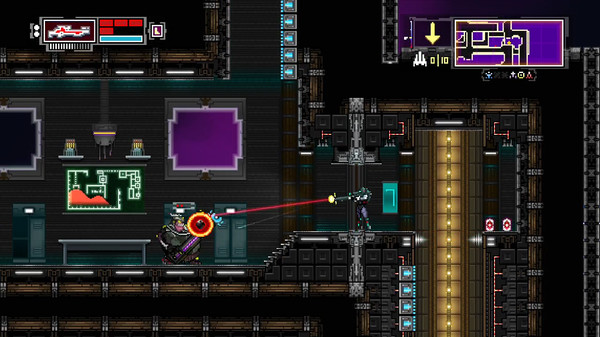 Overall I would avoid and can’t recommend Outpost Delta to anyone at this time. The game feels untested and unpolished. The developers are looking to patching, but there is so much that is needed to be done in almost every part of this game. The style and graphics are nice, but I can’t say much else about the game.