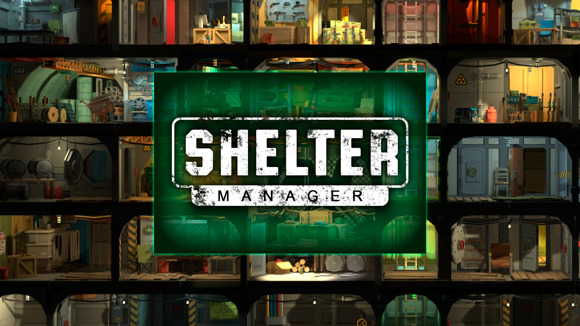 Prepare for the End of the World on October 8th

October 6th, 2021, Ukraine – October is here, and Hamsters Gaming wants you to stay warm in your own newly furnished apocalypse shelter! Featuring all of the amenities of the modern home, Shelter Manager launches into Early Access on October 8th, giving players the opportunity to become a bunker administrator to see if they can help others survive several long months underground during the apocalypse. The game introduces its many systems through an engaging storyline, while the sandbox mode lets players customize the threatening scenarios they face. Different challenges await in the dark days ahead, such as nuclear war or deadly plagues. It’s up to the player to decide what type of civilization they wish to lead in a post-apocalyptic world.

Players must make sure food rations, electricity usage, and sleeping habits are all under control, while bunkers and the civilians occupying them must be managed in order to stay safe and healthy. As the structure deteriorates over time, it should be expanded and reinforced. Be prepared for anything as it is impossible to predict the end of the world.

What’s the best way to survive? Is it to assemble a utopian enclave of scientists, researching new technologies to confront the threats ahead? Or would it be better to lead a hard-working town of laborers, mining for resources to trade with other bunkers? Every choice matters in Shelter Manager.

Be sure to line up for the chance to survive any disaster when the Early Access version of Shelter Manager becomes available on Steam this Friday, October 8th for $14.99 (with a 10% launch discount)!