It all started when some unidentified creature took a bite out of a boy in a large city. The creature is gone, but patient zero still exists. Soon after, it spread faster than wildfire; they were speedy and moved like some giant morph ball of the human dead. Cities fell, the military was spread thin, and the world collapsed. They could climb on top of each other to overcome any obstacle; their mass and speed made it hard to stay in one location for long. All we can do is keep moving and attempt to find a safe place.

World War Z: Aftermath is a horde shooter where you take on troves of zombies on various maps in locations worldwide. It has several classes to choose from that can specialize in healing, combat, and defensive measures. With a plethora of weapons and upgrades to select from, that will help you against the zombies. 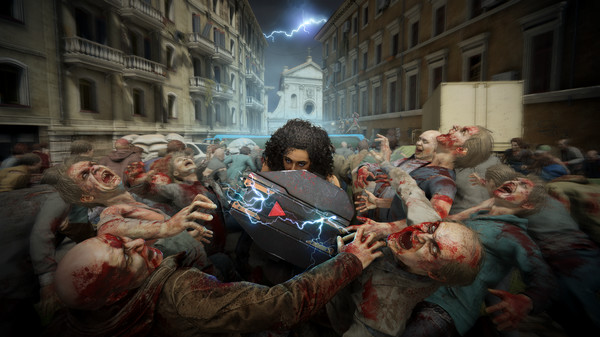 Let’s preface this by saying that World War Z: Aftermath is just a release version that is the game of the year edition with added maps, upgraded optimization, some new guns, and a new class. It is not an entirely new game for the WWZ franchise.

There are core maps around the world where you will play as one of either four characters. None of the characters have any unique attributes, and they are just there to play as. The locations you get to play usually only have five sections per country, while newer DLC only have three. Each map takes place in a select area in a country that generally has some unique objective related to that place that needs to be done. These objectives can be blowing up a well-known monument or bridge to block the incoming hordes or launching nukes and defending a yacht. Each DLC comes with more maps to play on and new characters or returning characters that have reached other locations. While traversing through the campaign, other things need to be done to advance, such as finding parts to repair something, protecting survivors as they make their way to safety, or making a last stand at a point until help arrives. Other more minor things can help you along the way, like opening crates for better weapons or equipment and finding bio containers for research or breach charges to unlock additional equipment for defenses. 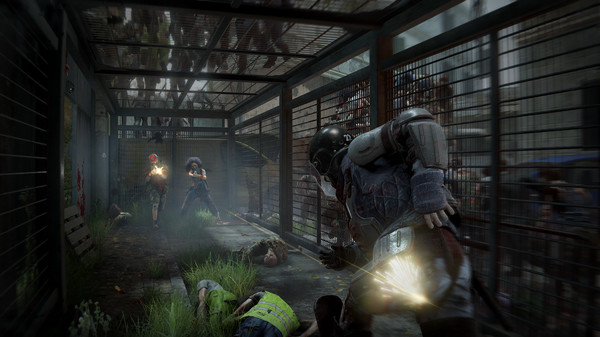 Classes have many different uses that help in any situation. Gunslinger, as the name suggests, has perks related to just using guns. Hellraiser’s specialty is with explosives with close-ranged combat weapons like shotguns. Medic can heal quicker, better and use stims for additional protection. The Fixer is good for protection ability and supplying your team. Slasher makes use of melee weapons and defense against zombies. The exterminator likes to play with flames. Dronemaster uses drones to protect allies and specializes in crowd control. And the newest class at this time is the Vanguard. They use a shield to tank damage and clear out waves while also specializing in health. Each one gets to spawn with a specific weapon to the class but is not limited to that said weapon. Anyone can use anything, but some classes may get bonuses for using special weapons or regular weapons. As you level up a class, you will spend currency you receive to complete levels on perks for the class you are playing or weapon upgrades. Depending on what you prefer, there are usually different types of weapon upgrades you can choose, such as silenced or not silenced with more ammo. It isn’t very extensive as it’s still a linear weapon progression based on how much you used the weapon during the playthrough.

If you’re looking to face others, there is a multiplayer where you verse another team. There are separate classes for this depending on your playstyle, and you have to take points or kill opponents to win. Zombies still roam here and there, but the main objective is against other players. Other game modes include an endless mode where you try to last as long as you can for a special currency that can be used to unlock skins or endgame tier weapons. Depending on the difficulty is when how much the multiplier will go up. 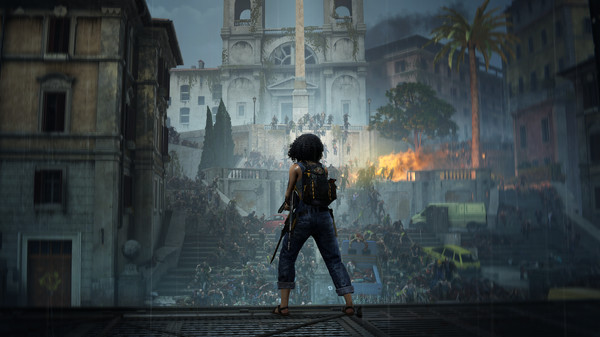 While the story is based on the movie and the book, it isn’t explained in the game. They expect you to know already what’s happening while playing as characters that take place near the beginning of the outbreak or during outbreaks. So, if you’re looking for a smidge of a story or expect them to explain anything, you’re out of luck. This seems more like a mindless shooting of a mass of zombies type.

With its new optimization, it allows for more zombies on screen and better-looking graphics. The game itself looks nice and always seems to run smoothly regardless of what’s on the screen. Everything from the blood effects to the explosions of multiple body parts makes it come together as a horde shooter. The soundtrack is a little less impressive, barely noticeable because it sounds like generic battle music. It does have different tracks for each country, but it doesn’t have anything special that makes it feel any different from the last. Though the sound effects for zombies are decent, along with other effects such as being in gas, makes the sound feel muffled and lighten or sound queues that alert you if you’re being surrounded. 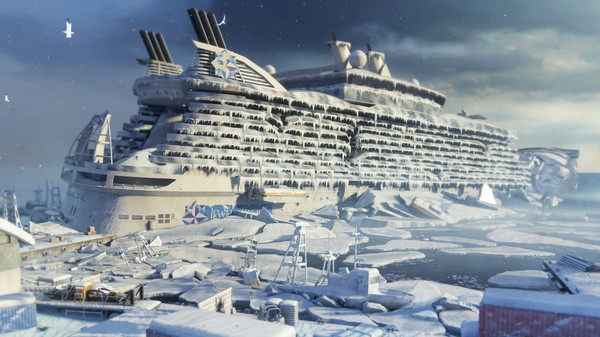 Problems arise around most of the DLC content and gameplay loop that comes with Aftermath. Other things include the A.I. and weird pay-to-win mechanics in a full-fledged released co-op / singleplayer game. Starting with the DLC, the newest ones either occur in new countries or return to a certain set of characters from the base game. The number of chapters you get is reduced by half and is even shorter than the regular chapters. Alongside that, you only get one new class with a couple of new weapons next to all the additional DLC that was added for them. It seems odd when it’s something that isn’t focused on the story and mainly about just shooting zombies that more wasn’t made. The A.I.s are almost impossible to play with alone. They do have excellent auto-aim ability but will often get taken out by special zombies or bug out when trying to help you while you’re down—always ending up behind unless you get to a point where it can teleport them to you. Lastly, you have paid fully upgraded weapons. The main point this game gets you to do is leveling weapons, so they do more damage and leveling your character to get perks. You can spend money and have the best weapons instead of leveling them at all, leading us to level them in the first place. Leveling weapons progressively get more demanding, but an odd mechanic is in a place where you can only get a certain amount of XP per run—requiring you to run multiple missions to have a chance at leveling the weapon you want if you even get it or if someone doesn’t take it. It blocks progress for gameplay inflation.

Again, this needs to be said; this is not a new World War Z game; Aftermath is just a definitive version packaged with the base game and some of the DLCs. Its co-op feature can be fun with friends, but it isn’t anything new from them. If you already own it on Epic Games, then don’t bother with getting it on Steam. If you’ve wanted to play it but have never owned it, you can pick World War Z: Aftermath on Steam for $39.99.