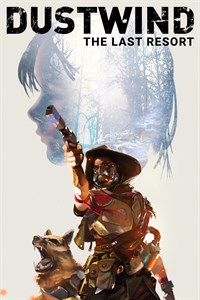 Ever felt like living in a dystopian post-apocalyptic era? Me neither! But for those who want to live the life of a road warrior, Dustwind Studios had just released their single-player game based on their multiplayer game three years ago. Being new to the series and the Isometric top-down view similar to computer games in the mid to late ’90s, I started with the tutorial. The tutorial was clear enough on how the game’s mechanics worked from movement, the rotating dial for skills and equipment, stealth, and building structures. Right away, I could tell that stealth was going to be something that was going to be used and can be abused as there are no penalties for going into it, and as long as the enemy does not have direct sight of your character, you can go back into stealth mode. The worst of it all was how stealth mode could be abused by the enemy A.I. as they were not the brightest. When you duck behind a hallway or a rock and go into stealth mode after aggroing an enemy, they will ignore you entirely as if you never existed. I have even experienced at times that the enemies will not even react to getting shot at if you are at a far enough distance! Speaking of distance, the tutorial teaches you about vehicles, though, through my playthrough, they were hardly in the storyline or used. Same with how they teach the player how to use a squad to its full extent, though again barely to never used in the single-player experience. 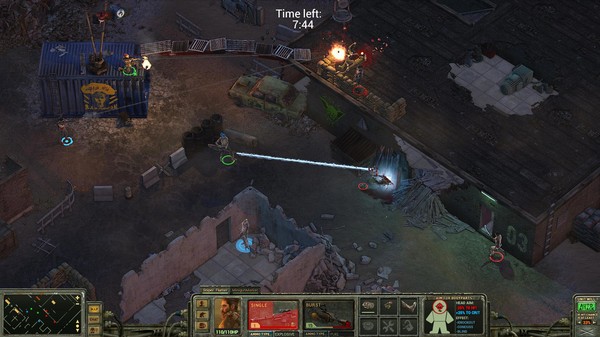 So onward into the campaign as the game starts as the player named “Player” (no, this is not a joke) wakes up with amnesia and is saved by a mysterious man, though she will be his dinner if need be; thankfully, things did not end up that way. It is rather unfortunate that the other character’s names on this game will have the same uniqueness as quite a few of the NPC’s in your playthrough. The same is said about the story, as it was just as bland as the characters themselves, providing only a small amount of personality. I think they might have been slightly more likable if it was voiced, but only the ending is, unfortunately. Though there isn’t any voice acting, the game’s sound effects well enough as the gunshots and the grenades exploding were recognizable. 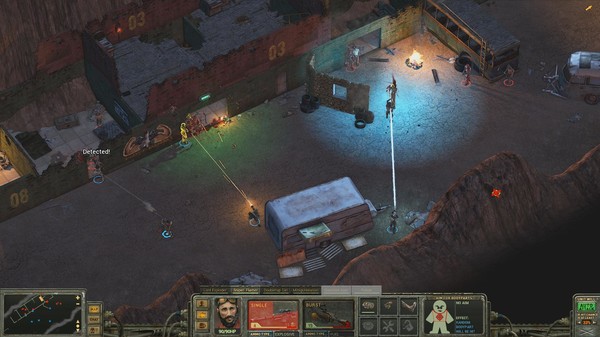 Now for the mechanics where the game is supposed to shine. How the player levels up is when an enemy is killed, the player will get points and can use those points to upgrade a specific skill or acquire a trait. I appreciate that the game allows the player to gain negative traits as these will give you points that you can put into other skills and give the player options from the beginning. How the developer scales the skills is that, as the player continues to level that skill, it requires more points to get to the next upgrade. So to get to the first level of a skill will need 100 points; to get to the second level of a skill to improve, it will cost 200 points and so forth and so on until the cap is hit for that particular skill. Some of these skills include increasing the firing rate of a gun or the accuracy of that type of gun, carrying capacity, max health, stealth, running speed, traps, medicine, mechanics, overall damage, and the all too powerful life regeneration. I say too powerful because this skill is a passive that never stops working, not even in combat! Even when healing with a bandage, the skill healed me faster than the healing item! 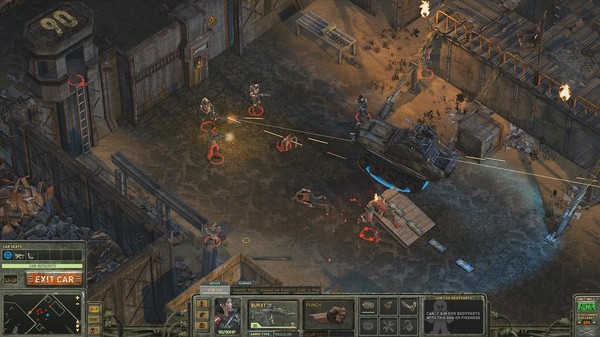 Now let’s talk about equipment, a crucial part of games of this genre. In the beginning, you are only equipped with a rusty scythe and some ragged leather jacket. I could tell the stealth mechanic that even though ranged weaponry can be more potent, I could do a lot of damage if I could get in close and take enemies out close with a melee weapon. As the game continued, I had to force myself to use firearms as they became the best way to take out enemies quickly. The player can use three types of weapons: melee weapons, light weapons, and heavy weapons. With these, they will alter the weapon’s damage, range, and other attributes. Even if you pick up the same weapon, they will have a grade as they will add to the weapon’s name, such as rusted, improved, and other unique names. As for the other equipment, armor follows the same formula though healing items have more unique names. The one thing I do want to point out is that each gun requires a different calibur for the bullets. On top of that, there are bullet types that are either upgraded bullets of your standard bullet/shell and ones that have specific effects (Such as firefly shells, shrapnel shells, slugs, and EMP shells). I have not seen this in many games, and I enjoy these different bullets’ options that the game gives to its players. 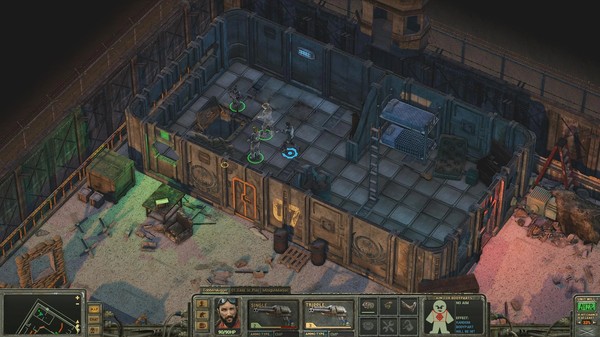 Now for the Combat! How combat is done in this game seems similar to a CRPG or a twin-stick shooter. Thankfully whenever you want to pause combat, the player can touch the PS4’s touchpad to enter tactical mode, where the player can assess the situation and give commands to the “player” (the character you are playing as). Another great function that the tactical mode gives is that if you have a far-off location, you can command the main character to travel there as you sit back and relax. As for the shooting, accuracy percentages are on top of the enemies’ heads, indicating how likely you will hit your enemy when firing. There are multiple ways to increase and decrease this percentage, such as getting on one knee to increase the number, moving will reduce it, and height will improve it. However, when playing this as a twin-stick shooter style, I have found that it was not easy aiming at the enemy as half the time I would target something else behind it or that I had to be spot-on accurate to hit him. The game’s translation from a keyboard and mouse to the PS4’s controller was frustrating, to say the least, because of this. 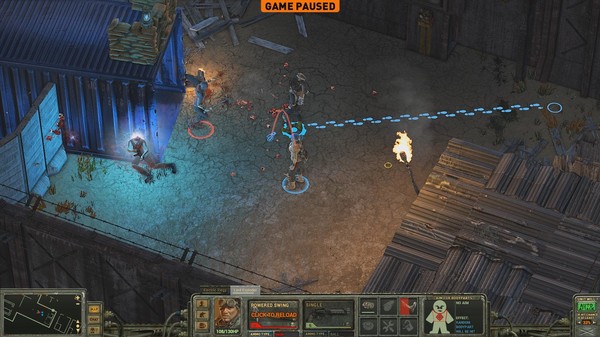 Even though this is a tactical isometric game, this game has equal parts of tower defense as well. At multiple parts of the game, the player will be asked to defend the “players” encampment from waves of bandits. The player does this by placing barricades to funnel the bandits into kill zones, turrets that you can build to help the player defend the encampment, and lay down traps/explosives. By the last tower defense section of the game, I have spawned lots of mines, barricades, and turrets that past that point, the game played on an estimated 10-15 FPS until the end of the game. It was infuriating as the lack of FPS made me miss targets and cause more accidents. The other frustrating thing about the tower defense sections of the game were the laying down of the mines as…. you have to pass a skill check to lay down one successfully, and if you fail, you will place the mine down inactive, in which the player will have to brute force it down with enough checks that can be frustrating. There were other points of the game where gross amounts of the map were seethrough where you can see the different objects clipping into the landscape. Even with all the graphical glitches, the graphics were decent, but nothing that would be framed on a wall though I would like the game resized to see all of the U.I. on the bottom.

Dustwind on PC was a fantastic title that had a lot of things to like. Unfortunately, many of those systems or features have been remove from the PS4 version. They focused on single-player content and when porting it from PC to Console it just doesn’t port well. It becomes a very cumbersome experience that is held back by the system, and its controls. While we cannot recommend the PS4 version we can however say if this kind of game catches your interest to check out the PC version of the game.  At the time of review, the PS4 version of the game costs $17.99.