Putting a darker spin on the Survival RTS genre, and challenging both new and expert players alike, Age of Darkness: Final Stand launches into Steam Early Access on 7th October.

Wednesday, 15th September 2021  – Team17 has today announced a partnership with PlaySide Studios to publish their upcoming dark fantasy survival RTS, Age of Darkness: Final Stand, which launches into Steam Early Access on 7th October. In a world shrouded in fog and ravaged by a never-ending evil, strategic planning and careful execution will be pivotal to surviving the onslaught of Nightmares that lurk in the darkness. During the day, gather resources, fortify defences, and recruit new members to the cause in preparation for nightfall when Nightmares will arrive en masse, relentlessly tearing their way across the procedurally generated map in order to reinforce ‘The Veil’, leaving darkness in their wake.

Step into the darkness: 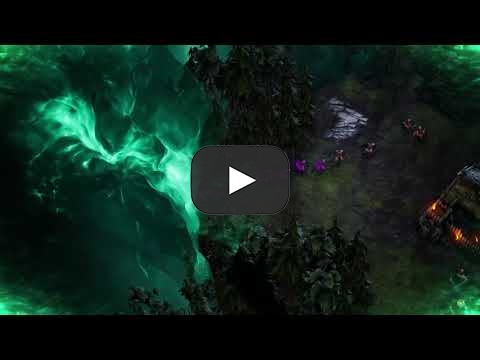 About PlaySide Studios
PlaySide Studios is Australia’s largest independent video game developer. Focused on creating AAA titles with 90+ experienced developers from some of the largest studios including EA Visceral, Riot, Epic, 2K, and THQ. The company’s portfolio consists of 50+ titles delivered across a variety of platforms, including PC, Console, VR, AR and Mobile. The company was founded in 2011, listed on the Australian Stock Exchange in December 2020 and is based in Melbourne, Australia.

Founded in 1990, Team17 Group plc is a leading developer, video games label, and creative partner for developers around the world. Floated on AIM in 2018, Team17, with its extensive portfolio of over 100 titles, embodies the spirit of independent games. In addition to the award-winning Overcooked!, Yoku’s Island Express, and the iconic Worms, which celebrated its 25th anniversary in 2020, Team17 has helped bring critically acclaimed titles including Hell Let Loose, Moving Out, Golf With Your Friends, Yooka-Laylee and the Impossible Lair, Blasphemous, and The Escapists to gamers everywhere. Visit www.team17.com for more info.