Pathfinder: Wrath of the Righteous Surpases Expectations at Launch

The Critically Acclaimed title out-performs all goals for its first few weeks of sale! 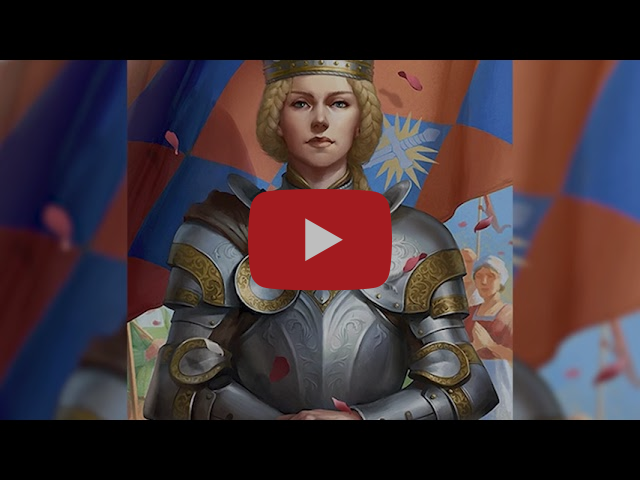 Moscow, Russia, September 10, 2021 — Owlcat Games and META Publishing announced with pride that Pathfinder: Wrath of the Righteous has surpassed 250,000 copies on PC alone during its first week of sales. As well as seeing more than double the number of concurrent players during the first weekend enjoying the game compared to Kingmaker launch! But it’s not just all exciting numbers, players and press alike have given overwhelmingly positive feedback.

“For a long time, we’ve been working extremely hard on making Wrath of the Righteous everything we originally conceived at the start of development and even more after the phenomenal support during the Kickstarter campaign. We wanted this to be a landmark moment for CRPG fans, pushing the genre into new spaces, with mechanics that tried to give players an experience that brings the flexibility and freedom found in Tabletop adventures,” says Creative Director Alexander Mishulin. “We’re glad that players and critics are really feeling that we’ve given them that and even more. We truly are overwhelmed with the response”.

As with every video game launch, there are still issues to solve. Owlcat is already working around the clock to resolve these and give players a truly friction-free experience. With 3 patches already released and more coming every week, the team isn’t slowing down now that the game is live.

“This is truly a big moment, no doubts here. And it’s only the beginning! We’re determined to give players what they expect, and I’m genuinely blown away by the energy the Owlcat Team is putting into fixing the issues players are reporting. It’s really awesome to see!” Says Ilya Salamatov, CEO of META Publishing. “It goes without saying that we’re listening to the community incredibly closely, so please keep your feedback coming, as it’s invaluable to us.”

Meanwhile, Owlcat teamed up with Creative Director at Paizo James Jacobs to create a video that dives into the background lore of Wrath of the Righteous – to help ease some players into the Pathfinder setting overall, and give a bit more insight into the Worldwound itself. Players can check it out here!

Pathfinder: Wrath of the Righteous is now available on all major digital stores including Steam, Epic Games Store, and GOG for $49.99. It will also be available on consoles for PlayStation 4 and Xbox One versions slated for release on March 1st, 2022. Prime Matter, Koch Media’s premium gaming label, will distribute the physical console copies.

About Owlcat Games
Owlcat Games was founded in 2016 by a group of developers united by their love of CRPGs. The team is led by veteran game designers behind titles like Heroes of Might and Magic V, Silent Storm, Etherlords, Evil Islands: Curse of the Lost Soul and other games. Team members also took part in the development of popular MMO titles, Allods Online and Skyforge. The first project unveiled by Owlcat Games was 2018’s Pathfinder: Kingmaker, an isometric computer RPG based on the highly popular Pathfinder pen-and-paper roleplaying game by Paizo Inc. The success of Kingmaker has allowed them to continue working with Paizo on a new Pathfinder adventure, Wrath of the Righteous.

About META Publishing
META Publishing is a rising video game label powered by industry veterans and gaming enthusiasts worldwide. We do not only publish games but create unique relations between the game and the players. With love and passion for games, we cater to developers’ needs and help them make each game shine!

About Paizo
Paizo Inc. is one of the world’s leading hobby game publishers. Since 2002, millions of players have joined the goblin army by playing the Pathfinder® and Starfinder® roleplaying games across tabletops, at conventions, at their favorite local game store, and digitally on virtual tabletops. Paizo.com is an online retail hobby destination for millions of gamers that carries the latest products from top hobby game publishers. Players also find accessories, like dice and maps, miniatures, T-shirts, goblin plush toys, and the newest releases to quickly replenish those adventuring supplies for the next dungeon run.