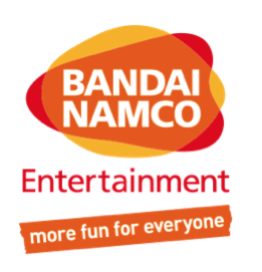 Join the Epic RPG Adventure That Is Tales of ARISE

The Next Evolution in the JRPG Franchise Is Available Now for PlayStation 4, PlayStation 5, Xbox One, Xbox Series X|S and PC

For 300 years, Rena has ruled over Dahna, pillaging the planet of its resources and stripping people of their dignity and freedom. In Tales of ARISE players will lead Alphen and a team of powerful heroes to forge a new path and free Dahna from the tyranny of Rena.

Tales of ARISE carries on the legacy of the much-loved franchise while also introducing an evolved combat system that allows for a sense of spectacle and direct player feedback based upon their actions. Players can utilize the new combat system to overcome epic Boss Battles with combos, Boost Strikes, the always powerful Mystic Arts and more.

A new “Atmospheric Shader” developed by BANDAI NAMCO Studios adds subtle touches to the look and feel of Tales of ARISE world evoking a hand-drawn painting. The graphics, combat system, characters, and story all work together to present a vivid and realized world that will immerse players as they are transported to the many environments and biomes they will explore throughout their time with Tales of ARISE.

“Being the first title on this new generation of hardware, and with the adoption of new technology, Tales of ARISE marks a big change for the beloved Tales of Tales of series. Beyond its visual flourish, the team made sure that the story went beyond the ambitions of our previous entries,” said Abelina Villegas, Associate Brand Manager, from BANDAI NAMCO Entertainment America Inc. “The narrative features mature themes rife with moral dilemmas and emotional weight. We hope that players will be engrossed in this new world.”

Multiple versions of Tales of ARISE are now available, these different editions will feature the following contents: