Sophie started the trilogy off strong, but now the time has come to pass the torch to her new apprentice, Firis. This title is much like the previous one in the Mysterious Trilogy, so many of the same points will be touched on again, though there are more than enough differences that have an impact on the overall game. The real question now is whether this impact is positive or negative. Let’s dive in and find out.

The story opens with Firis, a young girl living in a sealed-off mining town. Her special gift to sense materials such as ore places her pretty well in the VIP list of the town, but she wants more. Every day she dreams of exploring the outside world, but that pesky door and the wishes of her family stand in her way. This lasts until the main protagonist of the previous title, Sophie, blasts her way through that giant door. This leads Firis down a path of adventure and alchemy, where she meets many new friends and allies along the way. 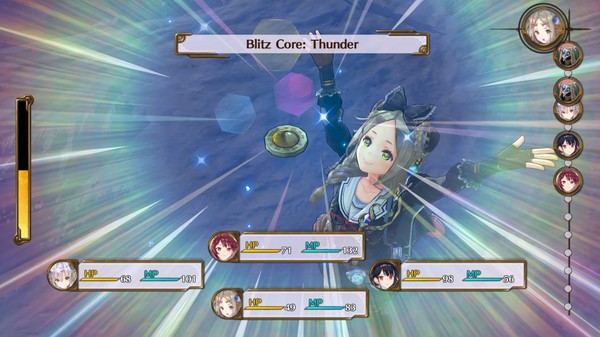 This time around, environments are much larger and connect through a variety of pathways. This leads to fewer revisits and a much stronger emphasis on exploration. Each area also has a ton of collectible resource nodes, giving Firis full access to many new items and materials for performing her masterful art of Alchemy. You’ll want to stock up as much as you can because you’ll need a whole lot of random resources to craft everything from new weapons, armor, tools, and other usable items.

Combat is still here with the same systems seen in the previous title, though this time around you’ll find a few more support style abilities. Still, these are limited to only one of your many party members and are sadly not very effective, but they’re there. Items will still play a strong role in combat, all created with the alchemy system. 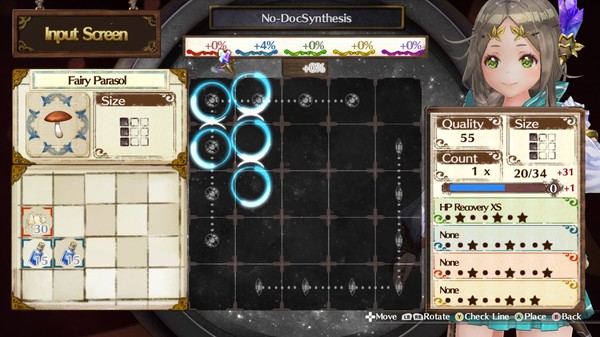 If you played the previous title, you’ll be very familiar with the alchemy system found here in Firis’ journey, though this time around, you’ll unlock new forms of synthesis that have their special requirements and limitations. If you’re used to the grid system, you won’t have any trouble making great items and raising your alchemy level. You’ll be using this system throughout the whole game, so it’s worth mastering to get the most out of your crafting time.

Unlike the previous entry, you’ll run into two hard time locks during the story. The first one hits you right out of the gate, giving you 30 in-game days to finish up all the tutorial tasks and officially begin your journey. This one’s hard to fail but will lead to a comical joke ending if you blow it off. The more important one lasts for 365 game days and requires you to complete the first half of the main story in that time. It’s best to focus on completing this portion of the story instead of getting lost in sidequests. Don’t worry, you can still go back and clean them up after you lift your time restriction. While the credits do play after releasing yourself from the time prison, that’s when the game truly opens up, and all the endings become available. Even if you don’t complete the required tasks the first time around, you’ll still get a new game plus file that can make your next attempt a bit easier. 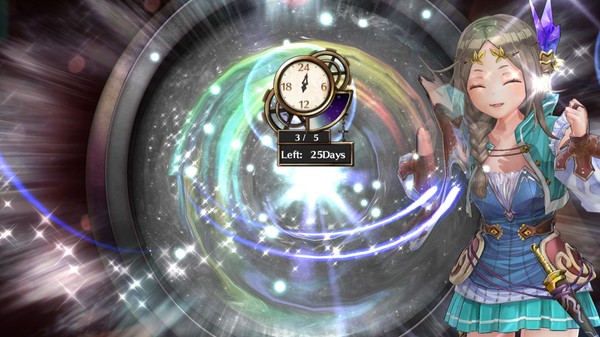 The visuals and audio are just as beautiful as the previous game in the trilogy, and there are still a large number of English voice lines making for a solid dubbed experience. Much like last time though, some segments are not voiced in English. You’ll get all the key points, but you’ll need to do some reading for the full story. All the same, points apply as they did in the previous title, so I won’t waste more time than is needed here.

The options menu and graphics settings are laid out in the same way as the previous title in the trilogy, so many of the same criticisms apply. In short, setting text language and graphics options is done in the launcher’s settings menu rather than in-game, and the graphics options are a bit lackluster. This works out though, because the game is not super demanding, much like the previous title. Just about any modern machine should have no problems running this at max settings with no problem. 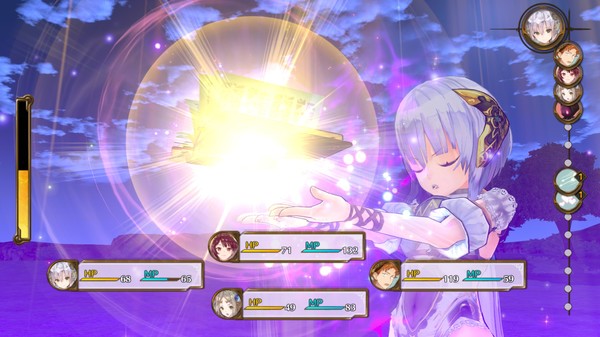 Controller support and remapping make a strong return here, and the default controls are the same as the previous title, making jumping from one title to the next a breeze. The keyboard/mouse mappings are back as well for those who choose them, but I recommend using a good gamepad if you have one available. These types of games just seem to feel better when played with a controller, but that just might be my personal preference.

As a final note here, before I get to the conclusion, the new game plus option I mentioned earlier gives you access to all special costume abilities at the same time, which gives you a massive boost to your time and resource management abilities. This bonus can be applied to new games after reaching any endings past the joke for not completing the tutorial within 30 days. If time limits aren’t your thing, stick it out or use the new game plus trick to make it easier. The whole story is worth it, and the limit, while moderately strict, is still easily doable if you don’t lose yourself in a massive grind session. 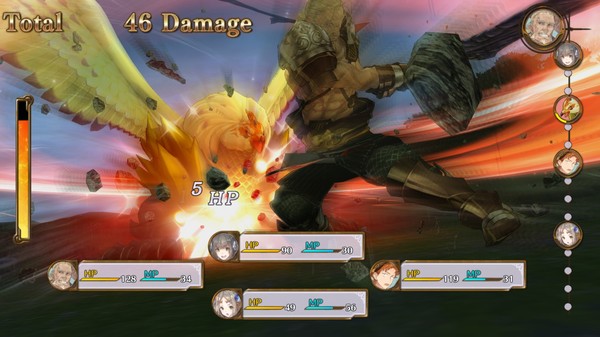 If you enjoyed Sophie’s journey, there’s little reason not to continue the saga, but the time limit may turn away some players. If you’re interested in the series, start with Sophie, then move to Firis if you enjoyed the previous title. This one’s not the best starting point, but it’s still a solid experience if you can get past the hard time limitations.

GlitchedVision gives Atelier Firis The Alchemist and the Mysterious Journey DX a drastik measure of 7.0 out of 10.0 (70).

The time limits make this game tough for me to recommend to newcomers to the franchise, but the game is still solid enough to stand on its own. Grab this one if you enjoyed the first and don’t mind a little time management.