A few months ago I had the glorious opportunity to get an early look at the first game from the minds behind the original Dungeon Defenders since their rebranding to Chromatic Games. I now have the pleasure of giving you a full review of the finished product. Back in the beta when I last played the game, some things were still a bit rough around the edges. I’ll cover these as we go and give you a nice before and after the description to showcase the changes. Let’s dive right in and defend the land of Eternia with our towers and skills.

First off, Dungeon Defenders: Awakened is a hybrid action/tower-defense game where you must defend the Eternia Crystals from waves of increasingly more difficult foes. You can do this either alone, or as part of a team of up to 4 players. You can choose from one of 4 classes, each with different skills and towers with which to obliterate your foes. For reference, previous entries in the franchise were graced with several more class choices, but the dev team made the tough call to return to the original 4 heroes from the original Dungeon Defenders title. They have stated that additional DLC characters are not completely off the table, however, there are no current plans for them. The reduced roster size may be a turn-off for some players, but I found it refreshing to revisit the original four. 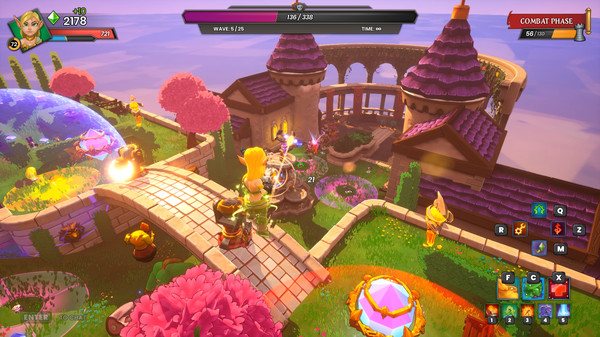 The storyline has even been slightly altered to keep the original cannon of the series intact while revisiting the events and areas of the first title. I expected them to not make any changes at all but they surprised me by using the common trope of time travel and the four heroes being pulled back in time, losing their strength and experience, forcing them to relive the events while still allowing future games to continue the timeline from the end of Dungeon Defenders II.

The graphics are vastly improved and rival those of a AA or even AAA game. Most of the maps are unrecognizable from their original versions, though the layouts are identical. This means that the same strategies you used in the first game will mostly work here as well. I say mostly because waves have been tweaked and some enemies have had their patterns updated. All four heroes now have gorgeous new models and enemies look sharper than ever. Beautiful vibrant colors add to the magical feel of the world’s various maps, and each location now feels unique. In the beta, many fans did not like the look of the Huntress character, so the devs retouched it and made it better than before. This shows a dev team that listens to their fans, which is a massive plus. 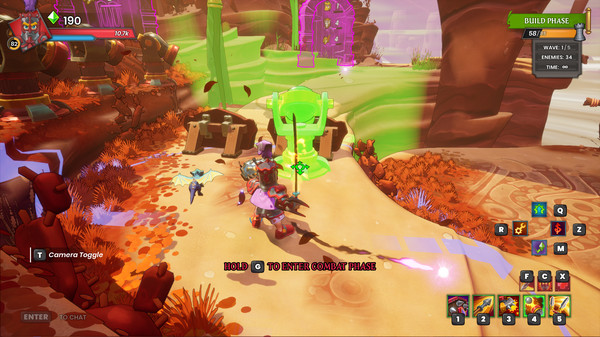 The interface is no longer a barren landscape of pale blue, now we have brilliant reds and completely redesigned panels. The inventory screen saw the largest change with stats being moved to a second tab.

Let’s take a quick look at each of the playable characters. First, we have the squire. He’s all about that tank life. With heavy armor and close-ranged weapons, he can easily cut through large crowds. He does have to get in close though, so it’s a good thing he can also block incoming attacks. His defenses mostly revolve around controlling space and enemy pathing. The huntress is a ranged damage dealer who mostly focuses on sustained DPS from her crossbows and guns. Her defenses are traps that when activated, have a massive impact on the battle but in exchange, have a very long cooldown time. The apprentice deals moderate ranged damage, though he also has an AOE pulse for when things get too close. His towers are some of the most useful damage focused defenses in the game and offer decent range. To balance this, they are also some of the most costly to place. The monk is the final hero this time around. He has a primary melee attack and a secondary ranged blast. He’s not the top of either pile though, but his aura placements can turn the tide of battle. These auras can slow down or weaken enemies, or strengthen heroes as well as their defenses. You can actually add all four of these heroes to your hero deck, allowing you to cycle between them on the fly in between waves. On top of this, inactive characters also gain experience, though at a slower rate than your active hero. This allows you to keep your characters in sync so you can use whichever one best suits the moment in question. 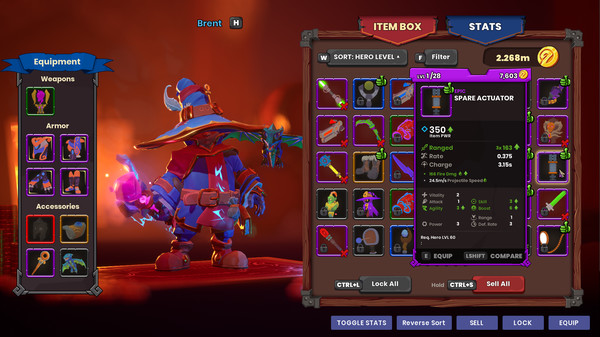 There is a nice in-game tutorial here which takes place during the first mission of the campaign. This short tutorial only bothers you for the first couple of waves, then it leaves you to fend for yourself. This is not a problem however as the game is simple to play but difficult to master.

As for performance, the game runs flawlessly under most conditions. I did have a few jumps during my gameplay, though this could have easily been attributed to network lag. They are always patching bugs whenever they pop up, so I can strongly recommend grabbing this one. If you find a problem, wait a week and it will probably be patched. 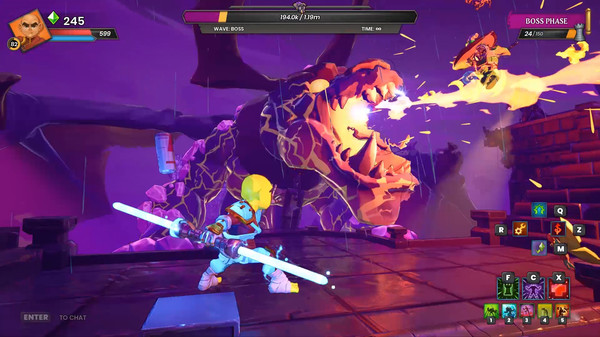 I really enjoyed my time in the beta, and the final release has lived up to my lofty expectations. This is a game that any fan of tower defense should try, and any fan of the series should buy without question.

GlitchedVision gives Dungeon Defenders: Awakened a drastik measure of 8.0 out of 10.0 (80).

They have plans to release this on Switch with full cross-save and cross-play support, so if you like this idea and want it on the go, just hang in there. If you haven’t played Dungeon Defenders yet, this is a perfect place to start though I still recommend checking out the earlier games in the franchise.