F2P MMO strategy game, if you don’t play many games, the only words there you might recognize are strategy and game. Conqueror’s blade is a game that hopes to fulfill every single one of those words and in trying to do so, falls short on several ideas straight into the mud pits of failure, staining the rest of their ideas with the muck of mediocrity.

First is the idea that this is any semblance of a strategy game. If anything, it can only be said to be strategy lite, if even that. The only strategy I’ve seen in the game is picking which units to bring to battles. This could be worked around by brute-forcing it with whatever my strongest units were. Almost always bringing my strongest units even if they weren’t designed for the style of combat on that map, worked far better than bringing the units designed for combat in that style. There are some hints of more strategy much later in the game, but it seems to only be for those who achieve the rank of guild master and have a large enough guild to be able to defend your territory taken over instantly by a bigger guild. This would require an immense amount of dedication to the game or spending real-world money that is just not available to the majority of players. And as such, these strategy elements are not available to the majority of players. 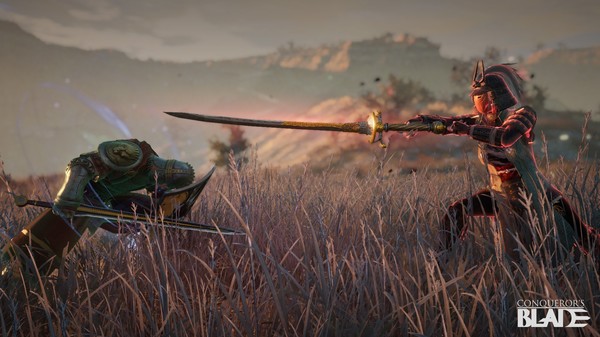 That brings up the second idea that this is F2P, or free to play. It is certainly free to download and jump into its match system and even play a few territory wars. As I got further and further into the game, it just seemed like it was pushing you harder and harder to go and buy the special currency, first for cosmetic items, then for armor, and finally for the best weapons the game has to offer. It all felt very scummy, and yes technically, you could earn everything in-game, every time I obtain a level, it just seemed to pay out less and less of what you needed to earn said items, to the point where I didn’t want to be obtaining levels, a key part of the MMO part of the game.

Most of the MMO part of the game consisted of matches where you would play as either, the attacker or defender or in some cases both as the attacker. You would be able to bring five units that fight alongside you and are tasked with capturing or defending points on the maps. These maps can range in size from teeny tiny too so large you get lost inside. You will be in groups of anywhere from five to fifteen people, depending on how many people want to play at one point and the size of your map. The more people you have, the more often any sense of plans on your part fall into utter chaos, and you quickly lose track of everything going on at once. Several times there were matches I lost not because of anything on my part, but because the enemy team just had the better units, or because of my team. They dived right into the middle of enemy troops, which got them instantly killed, something I quickly learned not to do only a few matches in. After each battle, you and your troops would gain a little exp, so you can improve your character and troops making them a little more unique than troops of the same type and rank as someone else. The problem I found with this was it seemed to be super inconsistent with how much exp you got. Fight one of the rebel AI groups that only have like fifty troops, here have three hundred exp, fight a long siege having several times where you held the line against the enemy and fought a really hard match but just barely managed to win in the last minute, here have fifty. Add onto the fact that each level needs more expand the rewards get less and less each level once you reach about level fifty you slow to an absolute crawl. Most of the exp as you progress gets shifted over to earning it through the territory wars. This can be frustrating as these events are only open at certain times, and if no one in your guild will collaborate, you might as well not participate. You might be saying at this point why not just play the territory wars independent from a guild, that is a joke, to get anything done, you must be in a guild. The territory wars seem to be heavily geared towards guilds, and if being on guilds is for you it is fine, but for those who don’t enjoy or for some other reason can’t be part of guilds, it is a death sentence in Conqueror’s Blade. 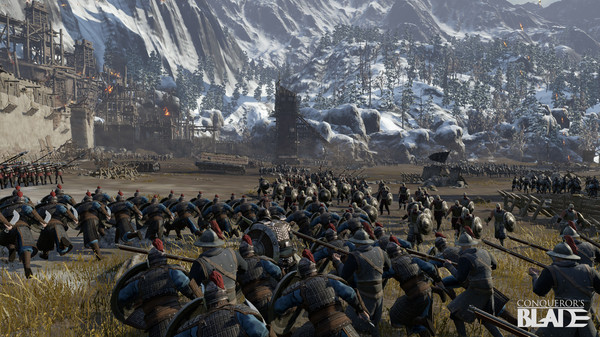 The ability to do the matches is always there, and I did enjoy fighting in the matches quite often and with the variety of weapons the game has to offer from bows and arrows to maces, the stuff way out there like the naginata, which was my favorite weapon, everyone has an option for combat. Even the matches I ended up losing were quite enjoyable in simply the fact of the story they told. Each match I played, I mastered my weapon a little more. I still felt like I had no idea what I was doing half the time, but it was fun, and I thought I was learning while playing.

The most frustrating thing about all this was the lack of tutorials throughout the whole process. That is not to say they didn’t have a tutorial right at the start plants you into their tutorial, which teaches you things like how to move, how each weapon fights, how to ride a horse, and attack from horseback. The only tutorials they have are combat tutorials, which do not help when you have no idea how to open menus or get new units. I spent probably half my time trying to figure stuff out myself or having to look it up on the internet because there was no way I was ever going to find out on my own.
Conqueror’s Blade feels like a game designed to wring all the cash it can out of its players. It is poorly designed for people who do not play MMOs and those who have played MMOs in the past. Conqueror’s Blade doesn’t seem like it has enough content to keep them playing in comparison to other MMOs. 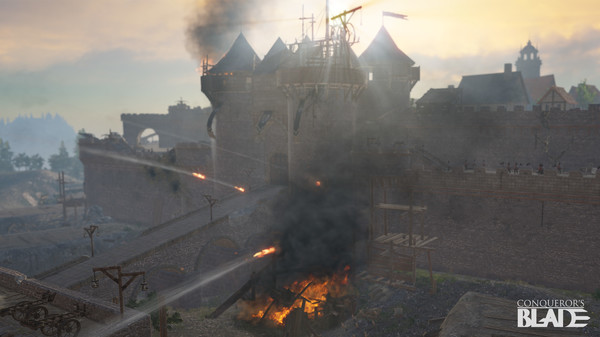