To understand Iratus, you must first understand death itself, or the lack thereof. The game centers around the mighty necromancer by the same name as he wages war on the living. The catch is that this time around, you’re helping him do it. Darkest Dungeon made the ultra hardcore tactical RPG popular, bringing with it many unique gameplay mechanics. Iratus borrows many of these but flips some upside down.

The game is a roguelike in nature, but there is some meta progression involved to unlock new minions for future runs. You begin with enough resources to make a few minions, a single starting relic, and not much else. You gather all your resources from the battlefield, expanding your treasury and horde. You have a map and can choose your path between nodes. Don’t think this makes things easier though as the only way to heal your minions is to have them set out of the battle for a fight or two. This means you’ll constantly be forming new minions and swapping teams around to make sure your stronger units stay healthy while spreading experience around to your weaker ones. 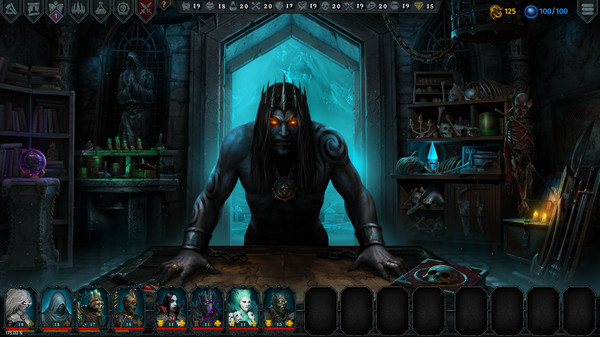 Each victory brings you more pieces to use in your craft as well as experience for both Iratus and his minions. One of these many reward types is brains. These valuable resources allow you to raise the levels of new minions, or simply those who did not participate in the last battle. These brains are valuable though, so you’ll want to plan very carefully on which minions to upgrade.

When Iratus gains enough experience, you gain skill points you can use to give yourself many different unique advantages. These range from passive buffs to your minions to active dark magic spells you can cast during battle. These spells are quite powerful but have sizable cooldowns. They also cost a mana-like resource that is refueled by winning battles, so deciding to cast one of these spells a huge one.
There are several minion types, each with their own skills and positional abilities. These function as class abilities as your units must be in the correct position to activate each ability, however, all abilities are available at all times, given positional restrictions of course. This gives depth to strategies and means you’ll never be without an ability to cast on a given character if your foe disrupts your alignment. This is a massive help as it is difficult to move minions around on the field during combat. Doing so takes skills that only certain minions possess. 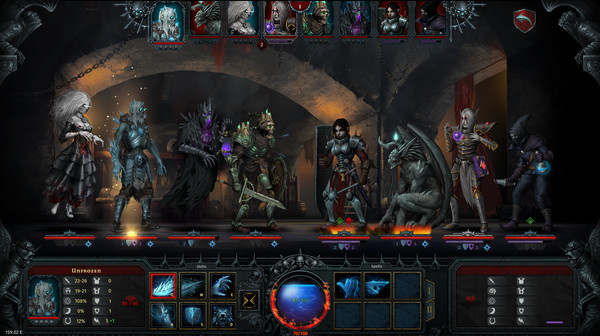 There is a stress system also at play here in Iratus. The catch is that the undead horde does not feel fear. You get to use this system to your advantage here. Some foes have a weak resolve and high health, while others have low health and high resolve. Be careful though as bringing a foe to the brink of insanity can have negative effects on your game plan. They can become inspired, gaining powerful beneficial effects that can sometimes buff the whole enemy party.

The battles are definitely the focus of the game. Every aspect is there to prepare you for future battles. Every other system feeds back into the battle loop. There are also no long exploration sessions with low light and many traps, no tense situations where you hope for a blessing on your units, and no getting wiped out by that one trap you just had to poke at because there could be something good in it. This one’s all about the combat. 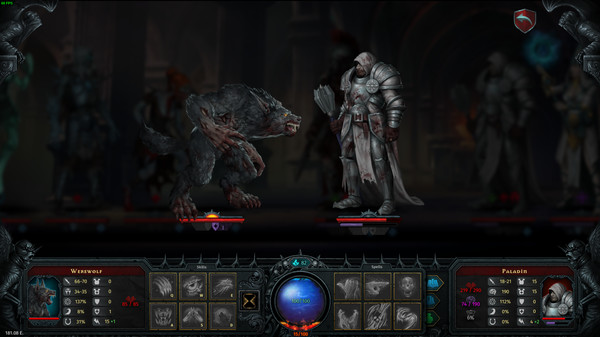 As you slaughter your numerous foes, you will be treated with excellent commentary from the voice of Iratus himself, though this does get a bit old after a while. The animation and graphics are clean and give the desired dark vibe and make you feel like a master necromancer as you force your minions to do your bidding. Some minion models skins are better than others, which is why it is definitely nice that there are some choices. Some of these you’ll need to pay a bit extra for, but others can be unlocked, through gameplay. The music is also quite suitable, though it isn’t very memorable.

In the realm of performance, the game runs flawlessly. I did not notice any hiccups, and a decent framerate was held, throughout my time with the game. Admittedly though, fps aren’t that important for a game that moves at your pace. 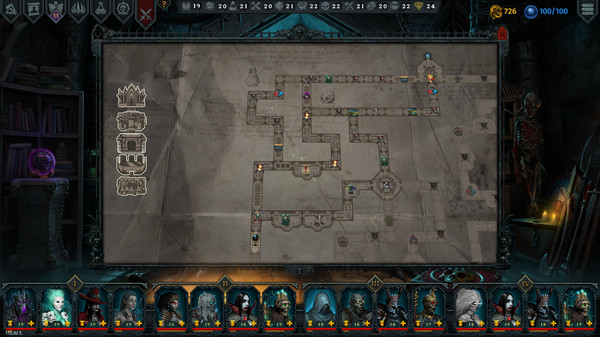 Finally, I would like to mention that there is DLC planned for the fall of 2020, including two new minion types, new story content, and expanded systems. The devs plan to support this game long term, and it is indeed a solid experience, though I would personally try to grab it on sale if possible.

GlitchedVision gives Iratus: Lord of the Dead a drastik measure of 8.0 (80)

If you want to experience a similar title from the other side of the line, Iratus is definitely worth your time. If you are simply peaking in, wait for a sale.