Death and coffee, this is likely not a combination you would expect to mingle, let alone work side by side in a story format but sometimes, it is these odd but inventive setups that make for a visual and reading experience like no other. Necrobarista is a supernatural-inspired and themed visual novel developed by Route 59, then published by Route 59, Coconut Island Games, and PLAYISM. This hot take of a visual novel, while it does focus on matters of both coffee and death, also stands out for its art style and deep, yet rich story lying beneath its frothy espresso coverings.

Like the slow drip of the bean juice itself, Necrobarista starts out slow and builds itself up to more interest points as the story goes on. While the main focus character can shift a bit, your main focus falls on Maddy, a bar owner in the realm between realms, and Kishan, a recently deceased spirit who has wandered into Maddy’s bar upon coming to as a spirit. Maddy explains that spirits have twenty-four hours in this realm, and once it is up, they go to the world beyond, though this can be broken, at the risk of angering the council. While the story does go much deeper than this, I will leave the rest for you to discover in the novel. 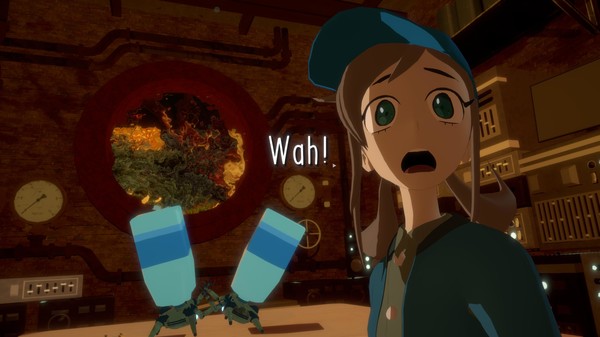 This novel does offer some side stories in the form of memories. These stories can be unlocked via the symbols or icons obtained via the main story through special words that appear in the text in yellow. Clicking these will give the reader more info into the world and at the end of that main story block, allows you to select seven to obtain as symbols. This mechanic of unlocking and discovering additional information about characters you meet in the novel is a nice addition and something I feel more novels could use to expand on the lore of the world and the characters inside of it.

As a story, I get mixed feelings though which isn’t always the best feeling to have. On one end, I feel like the separate stories they tell between the main narrative and the unlockable memories are charming and when needed, downright gritty, explaining how things became the way they are or how someone becomes as you see them in the story. On the other hand, it does give the story a pretty big disconnect overall, leading to some more confusing narrative at times. 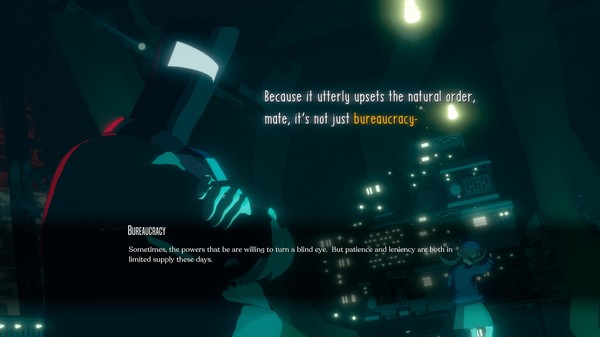 Walking into the open and yet dimly lit coffee shop, Necrobarista comes in with one of the more unique art styles I have come across for any game as a whole, let alone a visual novel. The world, characters, and all objects in the said world have this 3-D model style that while it can be rough in a few places, looks interesting and stands out from other novels and even games. The backgrounds, as an example, are full of details like bottles on shelves, signs that glow and are distinct, even extending to the character models, that are full of expression and emotion by their face or body motion. My only criticism with this art style is some textures can look far rougher than intended, leaving objects like a bottle to, on occasion, have edges you wouldn’t expect to see, though it doesn’t break the aesthetic of the world in the process.

Listening to the chatter of the patrons, or sometimes lack of, the music and soundtrack of Necrobarista is classical, with a twist from time to time. The classic styling of the soundtrack does fit the darker tone this particular novel gives off, though it does have a small vibe at times of synthetic tones. Some instrumentals are added in to try and brighten up the tone as needed. The biggest missing element here is some form of voice acting in the main story segments. There were several segments while I was reading the main story that just gave me that itch to have someone be reading that line and push that scene’s emotional impact further than it already was. 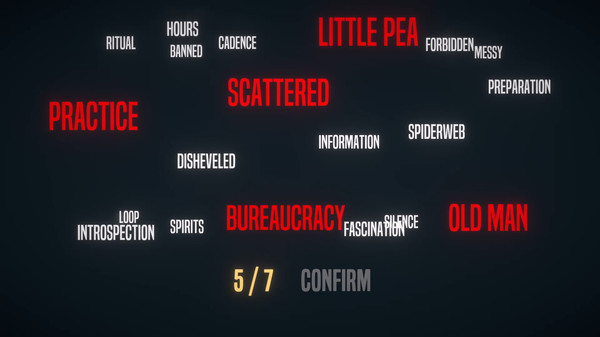 As the last sip of coffee is drunk, I feel like Necrobarista as a whole is a cup of coffee served black that the reader adds the sugar and creamer to their taste. The story itself gives readers enough to sip on, with the memories just adding some sweetness as the reader wants it with a visual style that stands out and adds the final touch of art on the latte.

For the price of $19.99 on steam, this visual novel is a great read and one I can easily recommend for how unique it is, both in story and visuals.