There’s treasure within these castle walls, and all we need to do is steal the key from the warden and find the vault. This money will help the people and whatever else we need to be covered. Watch the shadows though others are willing to do whatever it takes to stop us from extracting with our hard-earned valuables. Get ready, and let’s move in.

Hood: Outlaws & Legends is an action PvPvE where you sneak into a castle to steal a chest full of treasure. Some guards patrol and guard key sections of the map, and when a team secures the goods, you must defend against both other players and the AI to extract with the gold. 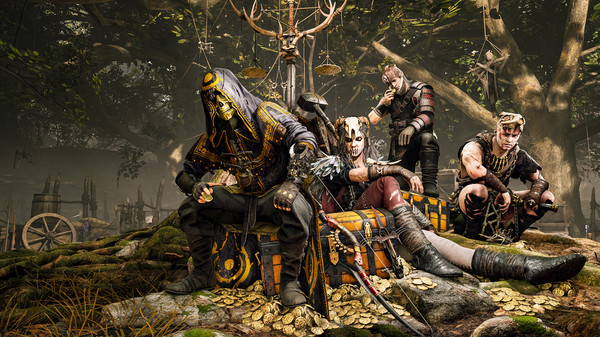 Let’s go more in-depth with the gameplay. There are four different classes to choose from. The ranger specializes in ranged attacks from afar and explosives that can kill or flash opponents. A hunter who uses stealth to the max, having a wrist blade, short-ranged bolts, and near-invisible movement. The brawler, having a high health and stamina pool with a giant hammer. Lastly, the mystic has a ranged melee attack that specializes in poisons and heals. Each character can interact with the map in different ways. If the castle is alerted, the brawler can use his strength to raise gates with his bare hands to allow himself or his teammates through, while the ranger can shoot down ropes to help teammates get over walls. One of the three main goals is to steal the key from the hulking captain. He slowly walks around and is un-killable while also being able to one-shot anyone he grabs ahold of. The only way to get the key is to stealth behind him and grab it without alerting anyone. After snatching the key, you’ll need to find out where the vault is. If you don’t have the key, you either need to track down the enemy who has it or find the vault first to guard against them opening it. Then when the vault is open, you and your team need to figure out where to take it. Stronger characters like the brawler and mystic will be able to carry it faster to the extraction point. It can be brought to an equally long-distance point where both teams will constantly need to fight over spawn points and will be punished hard if killed or bring it closer to your spawn point, so you don’t need to worry about capturing anything while also countering their spawns. During all this, you either need to be careful not to drag around castle guards with you as they can become overwhelming and show your location to the enemy. The last thing to do with your team is to extract. There will be several node checkpoints when you are extracting as each one is completed you score gold for your team. Again, the two classes that excel at extracting will be the heavy hitters, such as the brawler and mystic. Two can crank at a time, which will make it go faster, but if the enemy interrupts you, they may take over your checkpoints while also taking gold away by hitting other checkpoints. Whichever team extracts with the last crank win the match.

After a match, you will be able to split your gold between the people and yourself. Giving gold to the people will upgrade your hideout, and gold for yourself will let you spend it on whatever you want. At the hideout, you can unlock cosmetics, upgrade your characters with perks, or look at daily missions, which will reward experience and gold. Each character can use three perks that all require a certain level to unlock and some other things in the hideout. Some of these need you to upgrade your hideout itself to use. Perks give small upgrades to a specific character at the use of gold. Some may have bigger impacts, but it doesn’t switch the gameplay up that much. If there’s nothing else to do in your hideout, you will also start matchmaking from here. 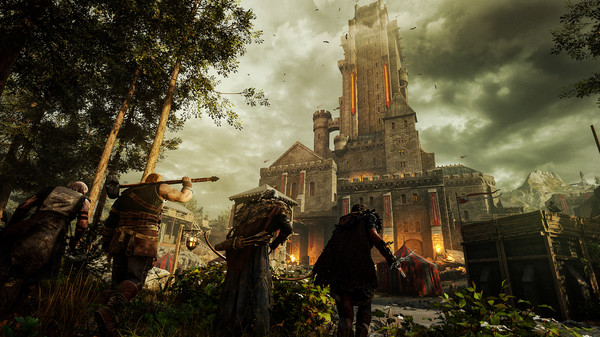 Visually this game looks alright. It has nice graphics, but at the same time, it looks unoptimized in some areas. It’s a weird mixture of okay textures overlapped with a weird blur. Though this does work well together with the stealth aspect, it does make it difficult to track people in the dark gritty atmosphere. The audio is set up pretty weird. Usually, it’s quiet during the first couple of minutes of the match. There aren’t any audio queues besides the loud thumping of the captain or if the chest is dropped by someone. Then you have the music that plays when the chest is being cranked through the checkpoints, which kind of tells you how far along to the end it’s getting, but it’s paired with a visual aspect to let you know more clearly. Other than those things, nothing stands out.

Understanding the entirety of the gameplay is a bit confusing. Starting with the A.I., having it in-game doesn’t make sense, but at the same time, it feels needed. If you were to take out the PvE aspect of this game, nothing would change but it would feel empty. They’re easy to take care of and usually serve as no threat to the players, which gets rid of most of the stealth in the game also. Besides being an annoyance, you can easily just outrun or run behind them to assassinate, which doesn’t require stealth to do, just needing to be behind them is enough. Then we move on to the stealth itself. It feels stealth used only the first minute of the game to get rid of a few guards at the beginning while you spawn by and grab the key, which makes the un-killable captain useless. He’s extremely slow and loses his aggro quickly. Stealth could be used against other players, but all you need to do is be behind them to kill them for a quick and easy kill, so sneaking barely makes an impact. Next are the classes themselves. These unique characteristics to the characters quickly are turned useless. Because any importance from the special map interactions ignored by the fact that it’s faster to climb a ladder or go through a door that anyone can unlock. Alongside this, all the classes barely feel different from each other. Everyone can assassinate, everyone can do stealth stuff such as the brawler with a two-handed hammer and the mystic with their ball and chain. Three of the four characters have ranged attacks, and one has a gap closer with a large stamina pool that makes ranged useless to them. Everyone can grab the chest, crank the objective, and unlock various paths. The only real difference is their ability. Brawler gets near-unlimited stamina, mystic gets a heal and can track enemies through walls, the hunter gets the sticky explosive, and the hunter gets near invisibility. Since stamina is a big part of the combat and there is no other way to heal, you can tell which two are used the most as there isn’t a limit to the same character on a team. And since they can all do the stealth and assassinate, it’s clear why these are used more than others. Lastly, we have the combat, there’s no interaction between players. It’s so clunky and awkward it just feels overall awful. This isn’t good, considering PvP is the main focus and is what everyone does right off the back. Hitboxes feel off while you can’t do more than a couple of attacks because you’ll be out of stamina. And since everything uses stamina, it feels even more unbalanced, running, blocking, or cranking. 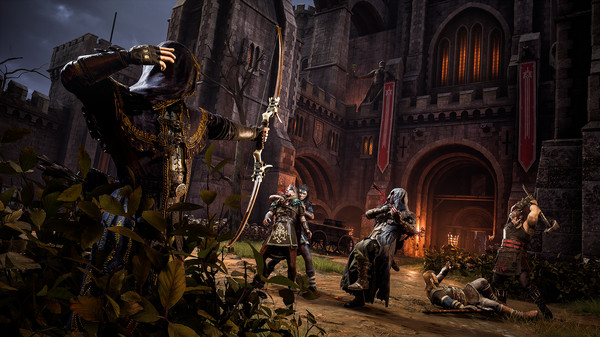 It was exciting to experience at first until you find out how everything works within the first couple of matches, then it got lackluster with its core gameplay loop. Nothing felt satisfying to do and finding out how everything they were going for clashes in all the wrong ways made it disappointing. Even the cosmetics had nothing to them, re-colored with few variations and perks having little defining features.

I was under the impression this would be more of an attack and defense PvPvE where one would defend against a team trying to get the chest. But it’s purely just run, and whoever gets the chest, will get it. From experience so far, everyone ignores the stealth aspect and runs past any A.I. while trying to get to the objective first. This is with max-level players too. While an interesting idea, it feels like it doesn’t work currently. The developers currently are pretty communicative with responses to the game and are applying it to the game, but I don’t think it will be anything big enough to reinvent the game itself. If you’re interested in this game, you can pick it up on Steam for $29.99. But I would recommend getting it on sale for at least half off and making sure you have three other friends to play with.