The Pokémon series has been one of Nintendo’s mainstays ever since the series debuted in 1996. Satoshi Tajiri’s enduring creation has stood the test of time, with multiple other titles riding off the series’ long wave of success and longevity. However, as the series solely remained exclusive to Nintendo’s consoles, this left a gaping void in the monster tamer genre on other platforms.

Other development studios have tried to leverage off this gaping void. Crema’s latest title, the MMO Temtem, entered early access at the start of 2020. Meanwhile, here we are, with the Nexomon series. 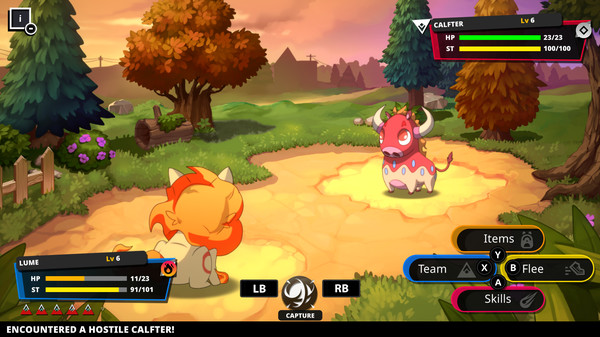 Nexomon, from Vewo Interactive, originally started as a mobile game before getting a PC port. The latest title in the series, Nexomon: Extinction (originally Nexomon 2, and henceforth abbreviated to N:E), has no such ties, instead of being a fully-fledged PC and console game from the ground up.

Having not played the first Nexomon, I am unsure if the second game draws on plot elements referenced in the first, but apparently, when you start, you get to name your character and pick from a choice of characters to represent yourself…and then you get blamed for causing some calamity. Gee, I wonder what I did so wrong. 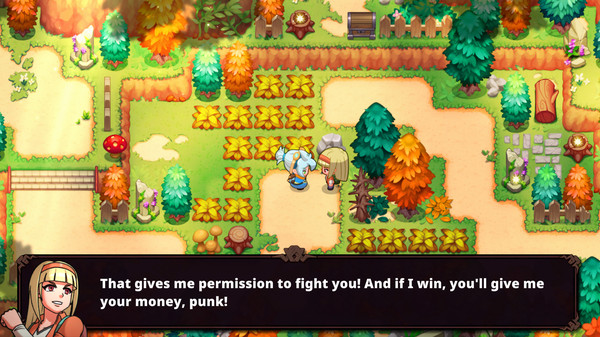 A few cutscenes and dialogue later, you finally get to pick your first Nexomon! Only…all the cutscenes leading up to it aren’t exactly what you’d expect. The stereotypical peaceful build-up to the fated first stepping stone? No way, let’s have an unwinnable tutorial battle against a humongous and ferocious legendary dragon Nexomon, using a piddly starter. To the game’s credit, it does give you a large choice of starters with each with its unique type.

N:E, from the get-go, does not take itself seriously (maybe to attempt to stand out in the genre). There are many fourth-wall-breaking references and a whole bunch of subversions. One hilarious example is how you are given absolute carte blanche in other monster tamer games to just waltz into almost everyone’s house and steal their loot. N:E subverts this by actually having people complain when you break-in, and in some cases even throwing you out. Despite the humorous undertones, there are still a few interesting plot twists and events that can throw you for a loop. 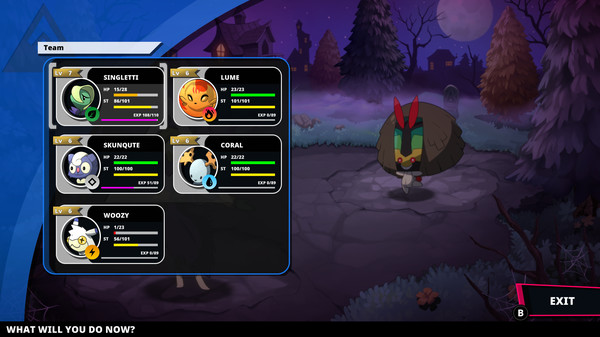 The game is a top-down RPG game with a huge world; you start at a town, travel through other roads while catching Nexomon in the grass, and battling other Nexomon trainers. You always have access to an encyclopedia that tells you various info about all the Nexomon. Encountering wild Nexomon is, in my view, a far less frustrating affair compared to the monster tamer game standard — instead of having a random chance to encounter one by walking in the grass, you can see the rustling grass patches that indicate where a Nexomon is (and then determine whether to encounter it or to avoid it). These rustling patches randomize after a short period.

As there are 381 Nexomon in the game, keeping track of what you have caught and not can be a daunting affair. Thankfully, there’s a helpful indicator that tells you whether a Nexomon you’ve encountered in the wild is something you’ve caught before; the game doesn’t tell you where would be the best place to find them, however. Nexomon is also fairly customizable, per se, as you can acquire Cores to give to your Nexomon to hold, granting them various boosts in various areas. 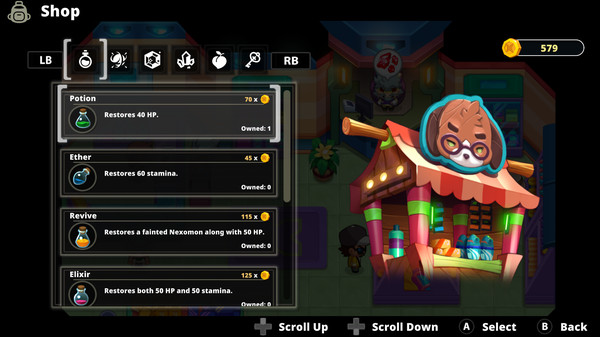 Speaking of catching Nexomon, it feels too much at times like the odds are stacked against you. The game tells you the probabilities of catching the Nexomon, but it doesn’t work entirely the same way as weakening it, will still only increase the percentage by a fraction rather than increase the chance to almost guaranteed. This makes Nexomon catching in the earlier stages rather frustrating and is compounded even more so by the fact that Nexomon traps are also relatively expensive to acquire. I’m also not entirely sure what is the point of the QTEs you have to press directly before catching a Nexomon — does it help? On the bright side, you can get coins by fighting wild Nexomon and making them faint, but then, this introduces quite a level of grind to the game.

The battle mechanics of Nexomon are simple; you only need to take into account merely a series of flat statistics that improve the higher the Nexomon’s level is. There are two ways to look at it here — you cannot attempt to min-max the game as you can in some other monster tamer games, which I find good, because there’s too much to consider in the process; but others may miss such a challenge. 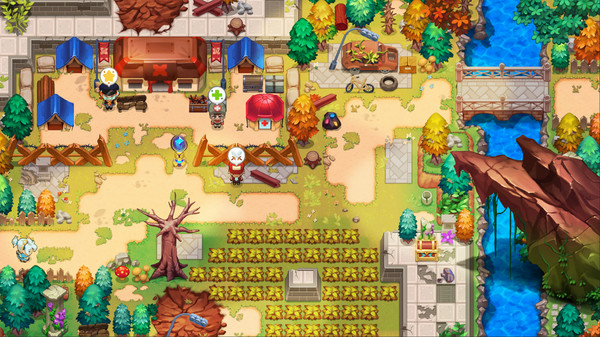 Overall, the game is a decently enjoyable affair. You are afforded some freedom, with which to complete the main story quests or progress some sidequests, catch more Nexomon for your collection, and so on, and being a Unity engine game, it runs pretty smoothly for the most part. There are, however, a few other issues that lower this experience in my eyes. I can’t entirely put my finger on it, but there seems to be a small disconnect in some of the art assets. The Nexomon design and animations, the cutscene illustrations, and the character illustrations are amazing, but I generally can’t quite say the same for some of the overworld assets, only looking more passable rather than outstanding. The same goes for the soundtrack, with some songs like the combat tracks being fun to listen to, but others feeling incredibly out of place. There’s also no map that I could find, other than a general map of the overworld at fast-travel warp stones, so it’s ludicrously easy to get lost.

The most egregious flaws lie in the design decisions involved in the control schemes. Playing with a controller feels good, but I have no idea which person on the design team decided it’d be the greatest of ideas to NOT implement any semblance of mouse support whatsoever! Not only am I unable to move with a mouse (in a point-and-click fashion), I am also unable to use ANY menus with the mouse either, which seems like an incredible oversight. The default key bindings are also pretty weird (K to do an action? Really?) as there is no tutorial on what the key bindings are, (necessitating a glance into the options menu) and the game does not seamlessly switch button prompts when switching controller modes from controller to keyboard, and vice-versa.

Nexomon: Extinction is available for $19.99 on Steam, PS4, Xbox One, and Switch. It’s not a bad game by any stretch, and if you’ve exhausted the Pokémon series, this is a decent replacement, but the PC-exclusive technical omissions set it apart from greatness, and there are a few other decent alternatives around.