Drake Hollow is an adventure-based community sim where you a teenage boy or girl who gets taken by a wise crow who is like a spirit guide or familiar. As he travels with you, he explains how he’s looking for someone, but his mind is becoming foggy in this plane of existence and says to pass through a doorway to the other side, however before you do, so you’re sucked in and thus starting the adventure in the hollow. As you start, you are quickly introduced to the Drake, which are small plant-like creatures that act as your villagers with general needs like food, water, entertainment, and shelter is then given a weapon. Also, that is introduced to the feral a dark entity that attacks you and the Drake on sight, the main objective of the game is to go from island to island collecting supplies finding other Drake, and upgrading your home island while protecting and feeding the Drake you already have and defeat the feral. 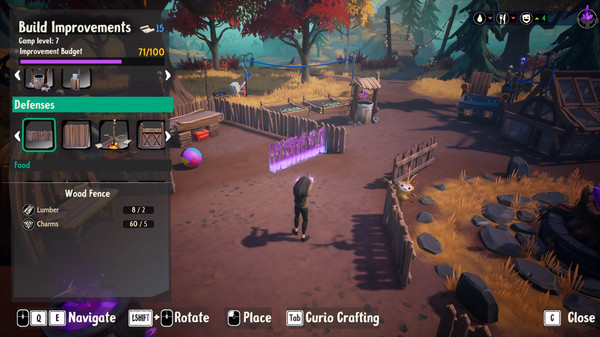 Onto the graphics, the hollow is a very mystical place with plants not seen in the human world but with ruminants of civilization with houses, cars, trees, and highways cluttered throughout the map. But it also doesn’t have the sense of others living there rather buildings long forgotten and taken over by nature, and instead of natural water flowing between the islands, there is this thick aetherial fog with thorned vines curling out from the depths, the only way of crossing are purple gems to craft into an aetherial ward which disperses the fog and letting you pas for a short time. All these effects are nicely done, and each area feels very different but feels like part of the world you’re in. Even the finer details like the patterns on the Drake or the feathers of the crow haven’t been skipped or even lacking, and it’s all well done and fits well with the theme of the game. 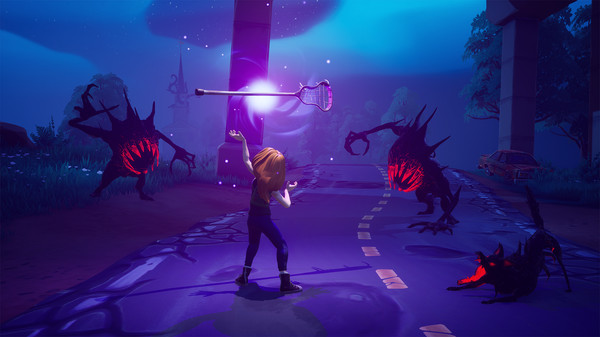 As for the music, it’s ok, it’s not the greatest nor is it the dullest, there are a couple of tracks while exploring with a soft guitar melody and a little bit of violin playing which fills out the silence and is pleasant to listen to but it is just there to pad out the silence which otherwise would be present most of the game. The sound effects are solid, and you can hear when you hit the enemies sound as sinister as they are, but there isn’t too much to say either way it does its job well but not amazing. 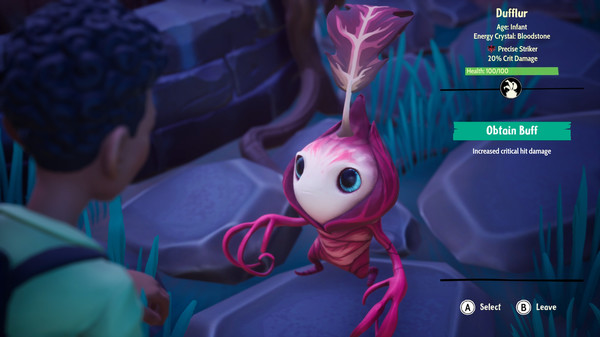 Now, here’s a couple of things I want to mention the game has been out on Xbox since June of 2020 and only just coming to steam with no set release date, which is fine, but there are a couple of things that need mentioning. I had to play the tutorial three separate times because of glitches, the first I picked up the starting weapon before I was meant to, which locked me out of progress, the second, I couldn’t figure out what was needed, and I couldn’t get the prompt to tell me again, so I was completely lost, and the third finally worked, but even after the tutorial I still wasn’t sure what I needed to do so the starting missions aren’t the best. The last thing is more my view on the game as a whole, I would see it as just a time-waster game, something that would be on a phone or tablet just to kill a couple of hours here and there, there’s no real substance to it. One thing to the game’s credit however is the game plays well on both a controller and keyboard which I would hope so means it came out on the console first.

I don’t have a whole lot left to say about this game its fun for a little while but quickly gets same-y and boring, for me at least, but it’s not necessarily bad, it does look good, and can’t fault the controls, but it’s just empty others may enjoy it more than me however and if you do like these types of games sure I can recommend, but I wouldn’t pay $29.99 for it wait for it to go on sale.