Pascal’s Wager: Definitive Edition is a full release of a Souls-like action game that was originally for mobile devices. This edition cuts out the in-game transactions to give what most would call a normal game. The game itself is a dark and horror-like world while being based on the philosophical argument of Pascal’s Wage by the seventeenth-century French philosopher Blaise Pascal. The argument states that human beings bet with their lives that God either exists or does not. Most of the game’s issues stem from being made to work for a lesser platform with mechanics that were once in monetization and feel like they only exist to be in monetization. 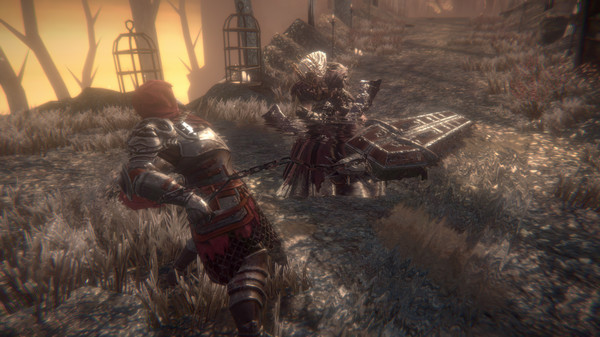 The story of Pascal’s Wager is of a man and companions that are known as couriers in the Dark Mist. The Dark Mist is the root of many issues and problems as you uncover the secrets of it and the ones that fight against the Dark Mist. The overall story is told through cutscenes, while stories of the locations you visit are done through the side quests. It is hard to tell most of the story in a summary as it unfolds slowly and any bit is spoilers the creation of the world is disturbing. Different in a good way as they tried to make something unique. Design and music fit the theme, and I feel if it wasn’t originally made for a mobile platform, they could have done a lot more to it. Though, small the areas are dense with different enemies around. 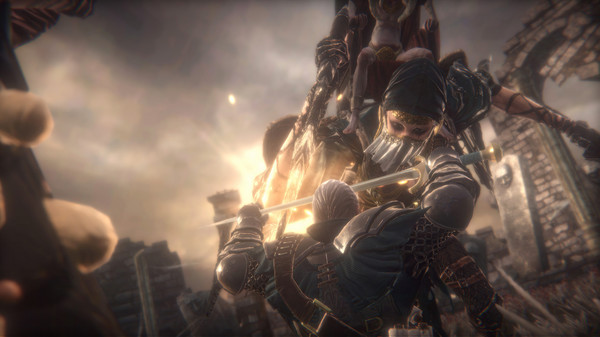 The gameplay is a motley mix of good and bad. I want to love the simplicity of the combat, but it feels too many mechanics included in the menus. You level up from the collectible bones from enemies, the stats are simple enough, but the creation consumables are tied to other permanent creations and the leveling up. Side areas in the maps and doing the quests can unlock special materials to create equipment that does large stat increases and let the player level those up. On top of that, rewards and drops are used to acquire skills or a more passive bonus per character. And of the multiple ones, you can unlock, you can only take one at a time with you. I feel they could have left out the skill trees that are per person, but they may have made more sense to their minds trying to add extra things to monetize at the time. 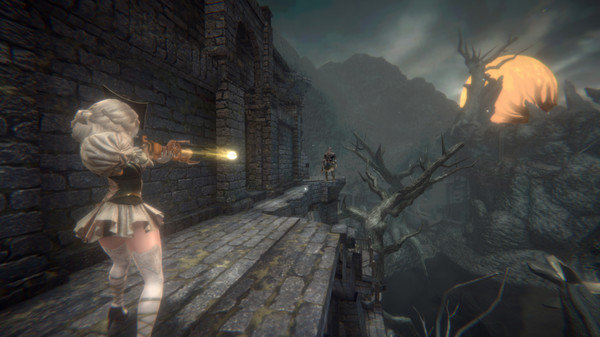 Besides the backend of the menus, the gameplay itself is ok at best but fails to get simple correct. Attacks are light and heavy, with combos being a mix of them. Each character has different methods of combat, but they all don’t seem to fit the game, while some feel useless to use compared to other characters you could bring along. The best example of this is a lady that has a gun, but the gun feels weaker and longer to use than anyone else’s melee, or even her melee attack is better. Heavy attacks tend to be better for all enemies as they stagger the enemy for the most part, but not all attacks stagger the enemy. The annoyance from combat is the insanity gauge. Every time the player attacks the enemy, the character’s insanity goes up and debuffs/arguments the characters in some way, and lowering it requires resting at a shrine that resets the enemies or using consumables. The entire mechanic seems to punish the players that survive longer than most as you have to spend your earnings to create consumables to reduce it. This, in turn, makes it feel punishing as it happens quickly, and maxing out the insanity spawns a strong enemy that can kill the player easier or weaken the player. Dodging and blocking can feel odd as some dodges make you take damage, and with no animation of the player being damaged but the health bar, it can sneak up on the player. The insanity is independent of each person but still feels misbalanced. With gameplay, seemed to be dumbed down for mobile game use, it feels unpolished for a PC game. 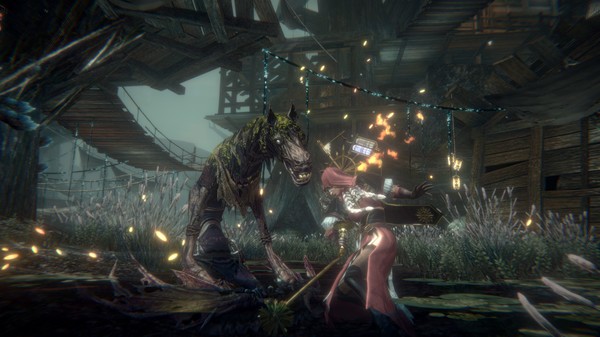 Overall, Pascal’s Wager: Definitive edition is ok at best but can’t say I could recommend it to people that are looking for another souls-like game compared to others on the market. I feel if they removed some of the mechanics, it would be a better game, including the insanity or other parts that were formally monetized. Some games make a good move going from mobile to PC, but this one misses the mark. The unbalanced nature of the characters does not with an ok story with a world that did have care put into it. I feel this game would have been a great one if it wasn’t dumbed down for mobile, to begin with, and without the thoughts of features added for monetization.

FoxieEXE gives Pascal’s Wager: Definitive Edition for PC a Drastik Measure of 6.4 out of 10.0 (64)