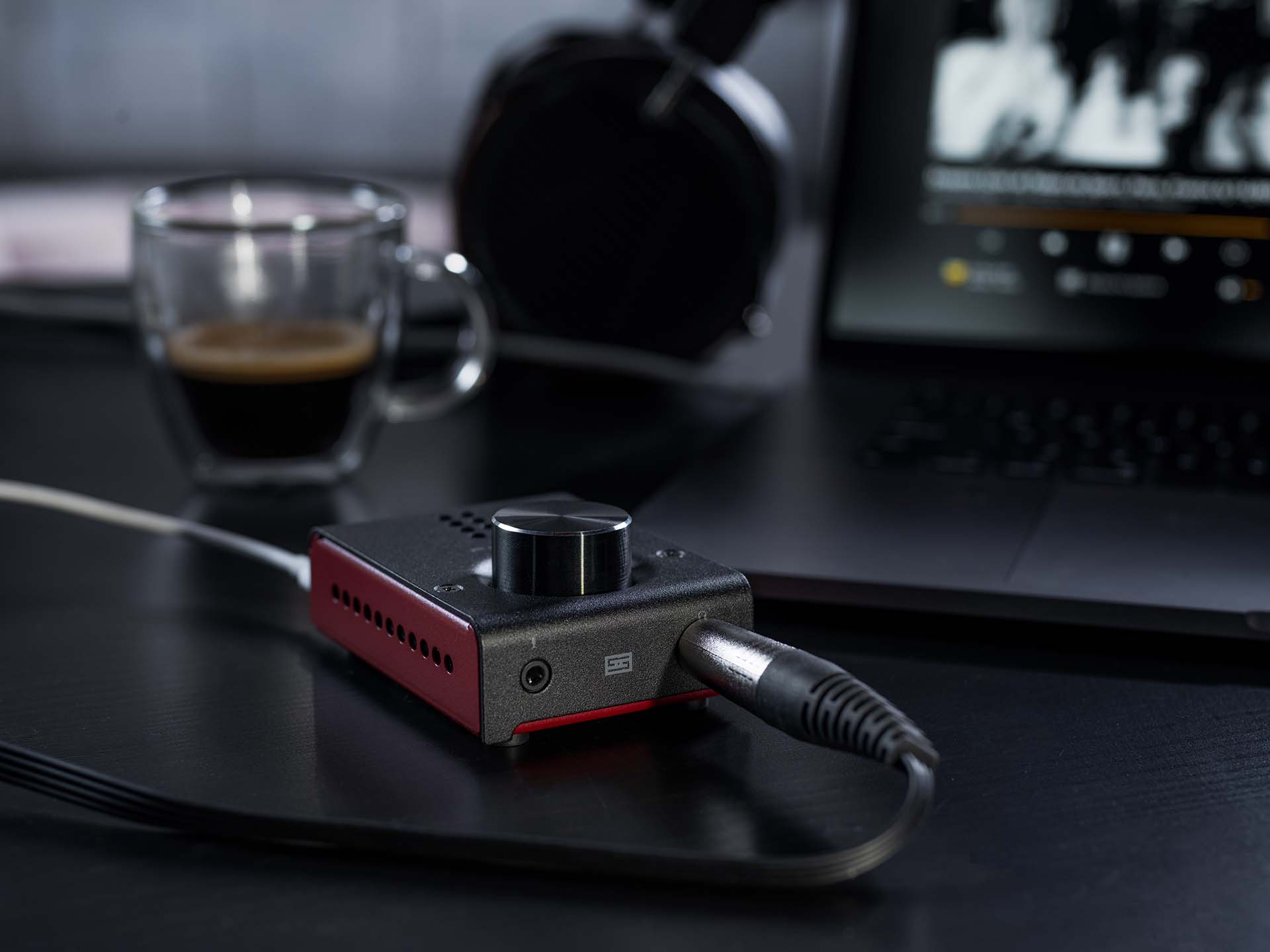 INTRODUCING FULLA 4
Schiit’s Newest Affordable Communications/Gaming DAC/Amp
May 20, 2021, Corpus Christi, TX, USA | Today, Schiit Audio announced the availability of Fulla 4, a significant update to the Fulla platform, enhancing its connectivity and versatility to the point where it really is “Hel 2’s little sister.” Adding UAC1/2 automatic switching means Fulla 4 is now compatible with many popular consoles, while the new optical port means it can be connected to virtually any smart TV. This flexibility is unparalleled in a small, transportable DAC/amp. Despite these extensive capabilities, and while being made in the USA, Fulla 4 retails for only $109.

“Fulla 4 is an ideal, single-connection box for a whole lot of people,” said Jason Stoddard, Schiit’s co-founder. “Connect one USB cable, and you have a great music DAC/amp for virtually any popular headphone. But that’s really just the start. If you’re a gamer, you can connect to many consoles and enjoy both excellent headphone sound and crystal-clear voice communications. If you’re working in a home or remote office, you get podcast-quality sound. Heck, if you just want to watch a movie late at night without bothering anyone, just plug it into your smart TV and put on some headphones.”

In addition, quality parts are used throughout. With TI OPA1654 and OPA1656 devices, Fulla 4 offers the highest performance of any Fulla, ever. A custom Alps potentiometer gives the owner precise, fingertip volume control. And an active stage featuring 0.5% thin-film resistors and film capacitors, together with a DC-coupled design, means Fulla 4 delivers exceptional sound.

“For example, everyone wanted USB-C,” said Jason. “It’s really just a connector when used for audio, but we agreed, it’s a better connector, so we added it.”

Like all Schiit products, Fulla 4 is designed and built in California, with the vast majority of the cost going to US companies making parts in the USA. Schiit’s strategic partners in chassis development, for example, are less than 5 miles away from Schiit, while Schiit’s PCB assembly is done by another strategic partner less than 30 miles away. This close coupling allows for rapid product development and excellent quality.

Fulla 4 is available today at Schiit.com

About Schiit Audio
Founded in June 2010 by Jason Stoddard and Mike Moffat, Schiit has grown into a leader in affordable high-end audio, with a wide range of products spanning DACs, headphone amplifiers, and preamplifiers, from $49 to $2399