Liberated… A noir comic-book style of a dystopian crapsack world in six issues, each a distinct story of a revolution. The baseline is a complete surveillance state, complete with social credit system embedded into society. The overwhelming majority take it in stride. They have their barbecues, max out their credit cards, and all manner of other things that at least some of us would find horrifying. Is it the first game that’s done something like this? Not so much there have been several noir-styled games in my memory. The game itself even presents similarly– Each panel is a gameplay stage, and when you have dealt with all the panels, that are the end of the issue with six issues in the main game and two extra in the form of free DLC. All in all, not a bad deal for the $20 asking price.

Our friends at Atomic Wolf want us to stare into the abyss that is our world and get a clear idea of what they see staring back. There are definite shades of Orwell’s 1984 here, updated for the modern age– technology and things he could never imagine, woven into the very fabric of his most famous work. The transition from Big Brother to the cabal of power-mad elites that permeate the background in Liberated is nearly seamless to the modern viewer. If you know what to look for, you can see the bits of paint the story has had a coat of paint splashed on. Yet, the story seems almost better for it. Orwell’s 1984 was intended to be a warning, and Liberated seems to have taken the idea to heart. Mind you, our list of protagonists is much more active than Winston Smith from the book, but that does not make the deep cynicism of the characters in-game any less effective. 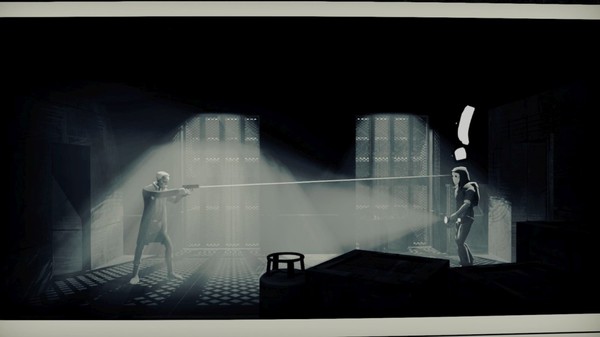 As for the gameplay itself, it’s a mixed bag of combat missions, puzzles, and quick-time events, the first is fine if you are used to twin-stick side-scrolling. The second is clever but occasionally requires some out-of-the-box thinking. The third is annoying in the way most such are in other, less-interesting games but are infrequent enough that you’ll get over it fairly quickly. At least Mission Control is not too annoying where the combat is mostly about gunplay. You are either aiming or not, and if you are not, you are free to move. Aiming is with the right stick, and the best way to deal with enemies you know are coming is by ambush. When stealth needs to be a thing, there is a mechanic for silent kills that works pretty well. The enemy AI tends to ignore corpses and open fire in the microsecond after they spot you– so expect to run through at least part of most frames at least twice on your first run.

If you make it through combat (which is not all THAT hard), your injuries heal at lightning speed, indicated by the only splash of color in the entire game, the color of your blood staining the panel. Once that clears, you’re fully healed and ready to go another round. If you have a nice hidey-hole, you can heal even faster. Not sure why that’s a thing, but glad it is. The first few fights with the controls were murder. Should you fall in battle, you’ll be sent back to an earlier part of the frame, so you can run down the line to try again. The part that interests me most about the combat is the guns themselves. The damage they do to the target is closer to real-life than most games of any genre you can mention. Even the heaviest-armored foes can be taken down, with two or three shots, and headshots are immediately disabling, helmet or no. There is a bit of leeway for gameplay and balance purposes, but still far better than the bullet-sponge mechanics one is used to. At least there are not any zombies to eat you if you lose. If you like that, wait until later… You get to play the OTHER side. 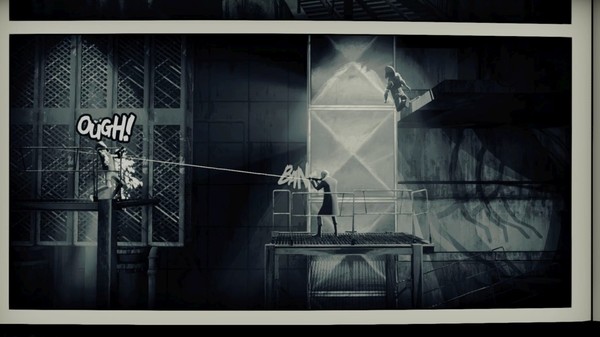 Everything else is… Fine. It works. Better than okay, but not what I’d call brilliant. In my playtime, there were no major bugs and just a couple of potential minor bugs. Most of the atmosphere is set by the art style, with the story overlaid on it designed as both horrorshow and warning. It does a lot of things right, but the game as a whole doesn’t particularly stand out. The story and worldbuilding are its greatest strength, while the rest seems a hodgepodge of mechanics adapted from other games. Don’t get me wrong, it’s solid work—but I think a bit more work could have taken it into the good category and potentially well beyond.

Lord Crocosquirrel gives Liberated a Drastik Measure a 7.3 out of 10 (73)