Ever since it was released, Dark Souls has had many games compared to it. This comparison has even become a genre in itself. When you try to merge this with another genre popularized by games like Metroid and Castlevania, one of two things can happen. You either get a brutal masterpiece full of mystery and danger, or you wind up with a confusing mess of a game that doesn’t know what it even is. Thankfully, Vigil: The Longest Night comes closer to the brutal masterpiece side of the spectrum, however, it does have its flaws.

Vigil sees you taking the role of a young woman following the trail of her sister through a town where everything is not as it first seems. The journey takes you all over the surrounding landscape, and every area is visually stunning. To be honest, as the story is told entirely through on-screen text, with no voiceover, I did not pay much attention to it save for picking out the important bits that told me where to go next. This is because the text size feeling a bit small for my poor vision to keep up with. There were no options to enlarge this text either, making all that reading a bit difficult for me.

The gameplay faired much better though. I used my 8BitDo SN30Pro Plus gamepad with this game. The default controls were easy to pick up and understand, however mastering the combat system took a bit longer. You have a stamina gauge that depletes as you attack, dash, and block incoming damage. If you let this meter deplete, you’ll find yourself stuck standing still for a few seconds. This may just be long enough for the big boss to plant a devastating attack right where it counts and put you down for the count. 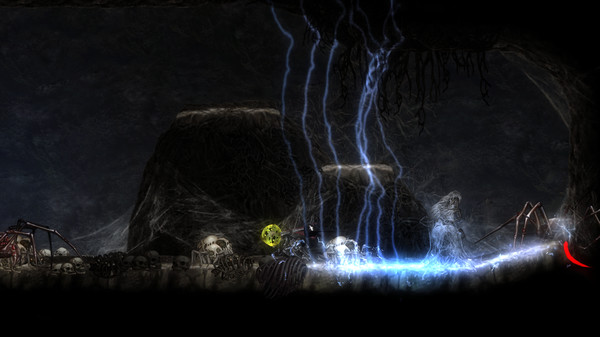 Minor foes don’t pose much of a threat, however, bosses will knock you flat in an instant if you don’t know their patterns or how to defend against their most destructive attacks. Thankfully there are a number of weapons divided into four distinct groups for you to use. One-handed swords are balanced and pretty easy to understand. Your starter weapon is one of these. Next up are the slow yet powerful heavy weapons. These offer a massive attack increase and a wider melee range at the cost of attack speed. Dual blades offer fast weak attacks at a close range but combo quite well and use very little stamina in exchange. Finally, we have bows and other ranged weapons. These offer much longer attack ranges but have a very narrow damage arc. This makes it harder to hit smaller targets and nearly impossible to hit flying foes. Within each category, there are even multiple options, each with its benefits and drawbacks.

Combat is only one piece of the puzzle that is Vigil. Exploration is what threads the needle effortlessly through each and every encounter. You will need to think carefully before you step off that ledge or drop down from that platform, though, as the game features fall damage. It’s not as much fall damage as it is all kills though. It doesn’t matter how high your health is if you fall too far, even on the same screen, you are dead. Death here is punishing. You are taken all the way back to your last save point and must retread your steps to reach the point you died at. No corpse runs that progress is just lost. On top of this, much like other classic 2D games, enemies respawn if you scroll them far enough off-screen, making backtracking tricky and dangerous. There are difficulty settings, though these do not affect death drops. These settings mostly affect the damage output of your foes. 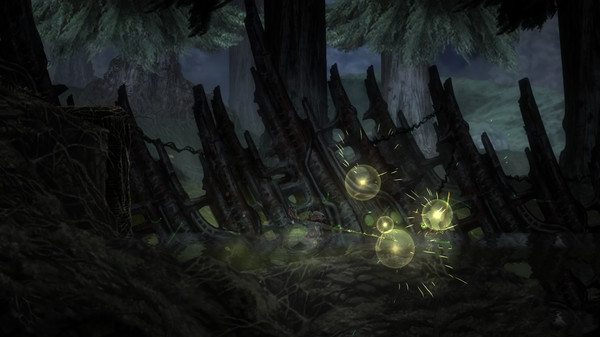 The game features a leveling system that allows you to progress on five different skill trees. Each weapon class has its own tree, and there’s one final one for survival skills like increased health and item effectiveness. Skills in the weapon trees offer similar bonuses, from increased damage to unlocking new combat abilities. Overall, the system is a bit on the basic side, but it serves the intended purpose quite well.

There are several useful items to equip into the secondary gear wheel, each with its own unique properties. Everything from potions to thrown weapons can be gathered along your journey. The most interesting note to make here is that healing potions are always mapped to the up button on the Dpad if playing with a controller, so you don’t need to put them on your gear wheel. This brings me to an initial issue with the controls, I prefer to play games like this with the Dpad for movement, however, this was not an option at launch. The devs have recently dropped a patch that fixes this along with much other quality of life issues. The devs have stated that more updates are on the horizon, which is nice. 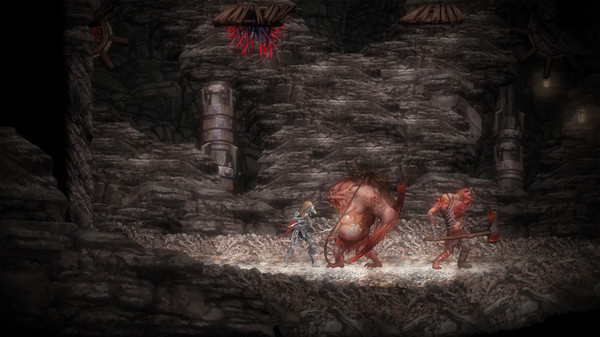 While quite beautiful, the game is difficult to see for players who may need higher contrast. Enemies can be sort of small at times or blend in well with the background. Thankfully though, most of them have unique sound effects letting you know one is close. Random collectibles dotted throughout the environment are also difficult to spot, so I took to running around while holding slightly up on the analog stick, which picked these shinies up as soon as I passed over them. Finally, as mentioned above, falls kill, making some environments quite tricky as sometimes it’s hard to see where to jump to or drop next.

Definitely, a buy if you love brutally difficult games or are just looking for a new level of challenge in the Metroidvania genre, just watch your step and stay vigilant about your saving habits or you could find yourself repeating a bunch of work.