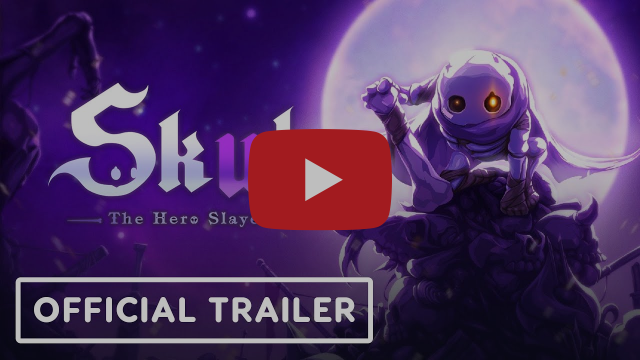 SEATTLE – Jan 21, 2021 | Skul: The Hero Slayer, the hit indie roguelite being published by NEOWIZ and developed by SouthPAW Games, just released its 1.0 Version after spending around 10 months in Early Access on Steam. It currently has over 7k reviews with a 93% positive rating and this update will be its biggest one yet.

The 1.0 features the final two chapters and several dozen new playable characters each with unique skills and looks via the newly-implemented upgrade system. There have also been major changes made to the overall level design and countless QoL improvements. Several extensive cutscenes were added as well to fully tell Skul’s story and deepen the game’s lore.

“We’re absolutely thrilled to finally launch our 1.0 and show everyone what we’ve been working on the last five months,” said Sang Woo Park, CEO of SouthPAW Games. “The Early Access period was an invaluable experience because we were able to gather so much feedback and connect with our community, but we’re ready to take the next step and think that Skul is finally ready for its full release.”

The 1.0 Version brings with it language support for Spanish, Portuguese, French, Polish and Russian. SouthPAW Games is also planning to release Skul for PS4, Xbox One and the Switch early this year.

Skul is available now on Steam  and will be 20% for the next two weeks.

If you have any questions or comments in regards to the game please contact jcarnahan@neowiz.com.

About SouthPAW Games:
SouthPAW Games is a small indie development studio comprised of 9 core members that started out as college classmates. They began working on Skul: The Hero Slayer in a game development club in 2017, and have been developing the game together ever since. Skul: The Hero Slayer initially received support through a Korean crowdfunding site called Tumblbug and was also awarded the ‘Grand Prize for Production’ at GIGDC 2019.About NEOWIZ:
Established in 1997, NEOWIZ, Inc (KOSDAQ:095660) is a pioneer in social platforms and online games. As one of the leading game companies in Korea, the company has successfully published a wide variety of PC and mobile games through www.pmang.com since 2003. In 2006, the company co-developed and launched the wildly successful FIFA online, NBA Street, and Battlefield Online with EA. NEOWIZ is currently focused on creating and servicing online games for the global audience with high-quality titles such as Brave Nine, Bless Unleashed and DJMAX RESPECT.