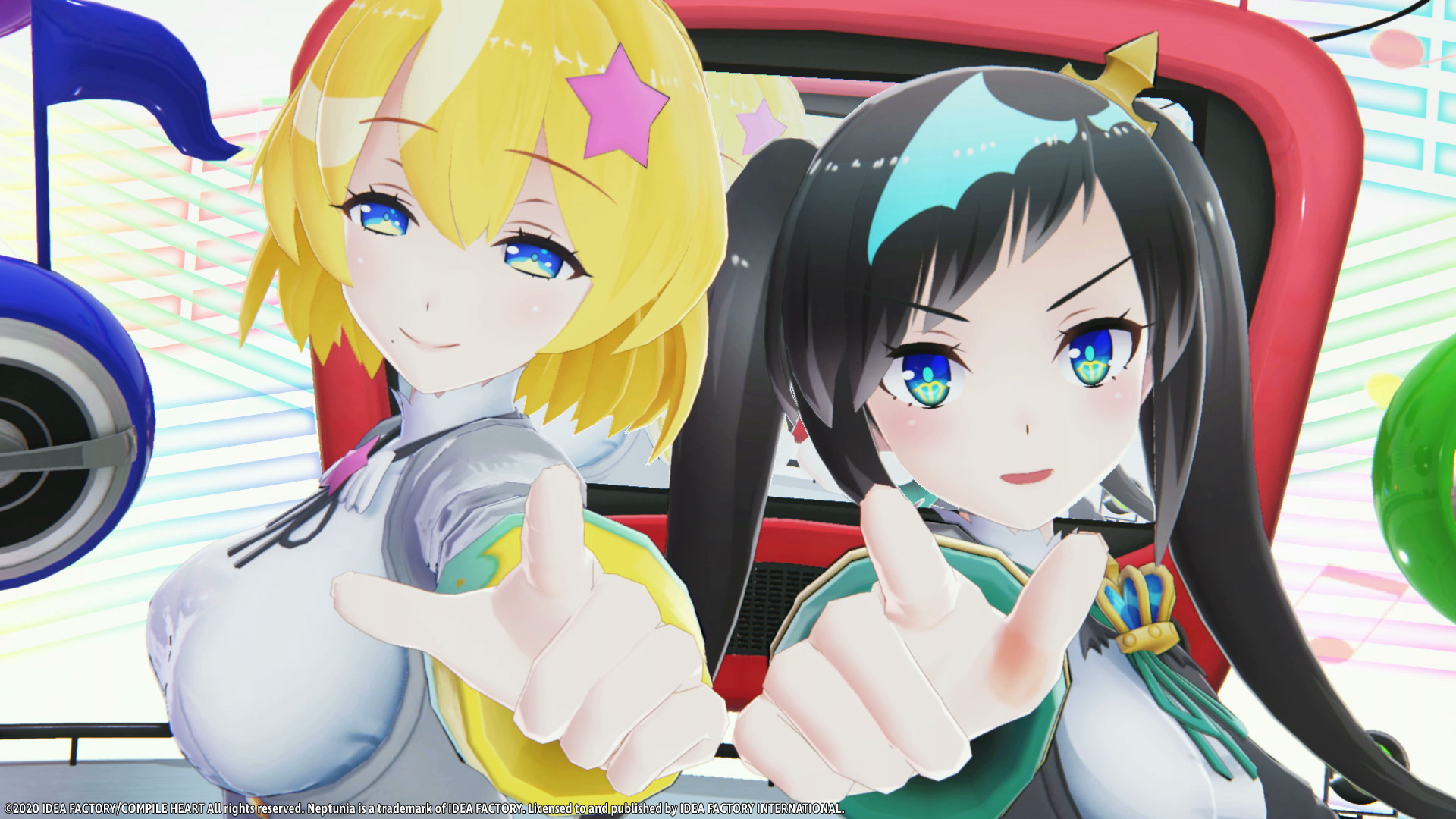 LOS ANGELES, CA., January 20, 2021 – The Devilish and Angelic V-Idols, Vice and Licht, are ready to jump on the mic! We are excited to announce that the official website for the music-based hack ‘n’ slash game, Neptunia™ Virtual Stars, has been updated with the character profiles for the characters below!

Neptunia Virtual Stars launches for PlayStation®4 physically and digitally in North America on March 2 and in Europe on March 5. The Steam® version will launch on March 29.

Both PS4 and Steam versions will only include Japanese voiceover options as well as English subtitles. The Steam version also includes Japanese and Traditional Chinese subtitles.

V-IdolsV-Idols are virtual idols from distant dimensions who were summoned by Faira to save Planet Emote from the Antis.VtubersVtubers are real-life internet stars who have been kidnapped by the Antis to destroy Planet Emote’s content. The Gamindustri Goddesses and V-Idols must collect V-Cubes from defeated V-Hunters to save the Vtubers. 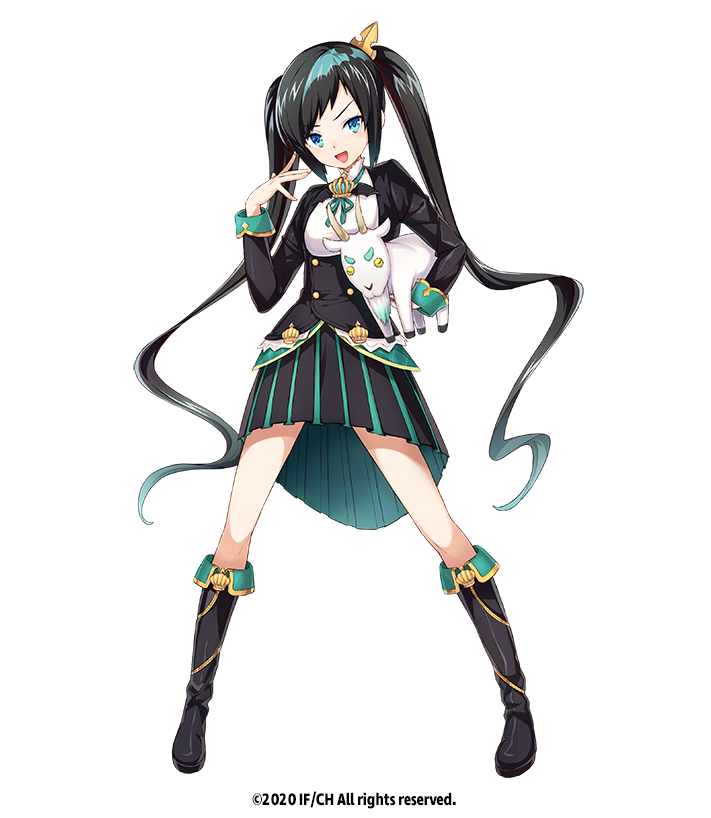 Vice is part of a virtual unit formed with her partner, Licht. Their contrasting personalities, that of a devil and angel respectively, are part of their charm. Though at times she can be a bit of a tyrant, she has a heart of gold. Whenever Vice is at a disadvantage, she loses confidence and looks like she’s about to cry. She plans to take over the world by becoming an idol. 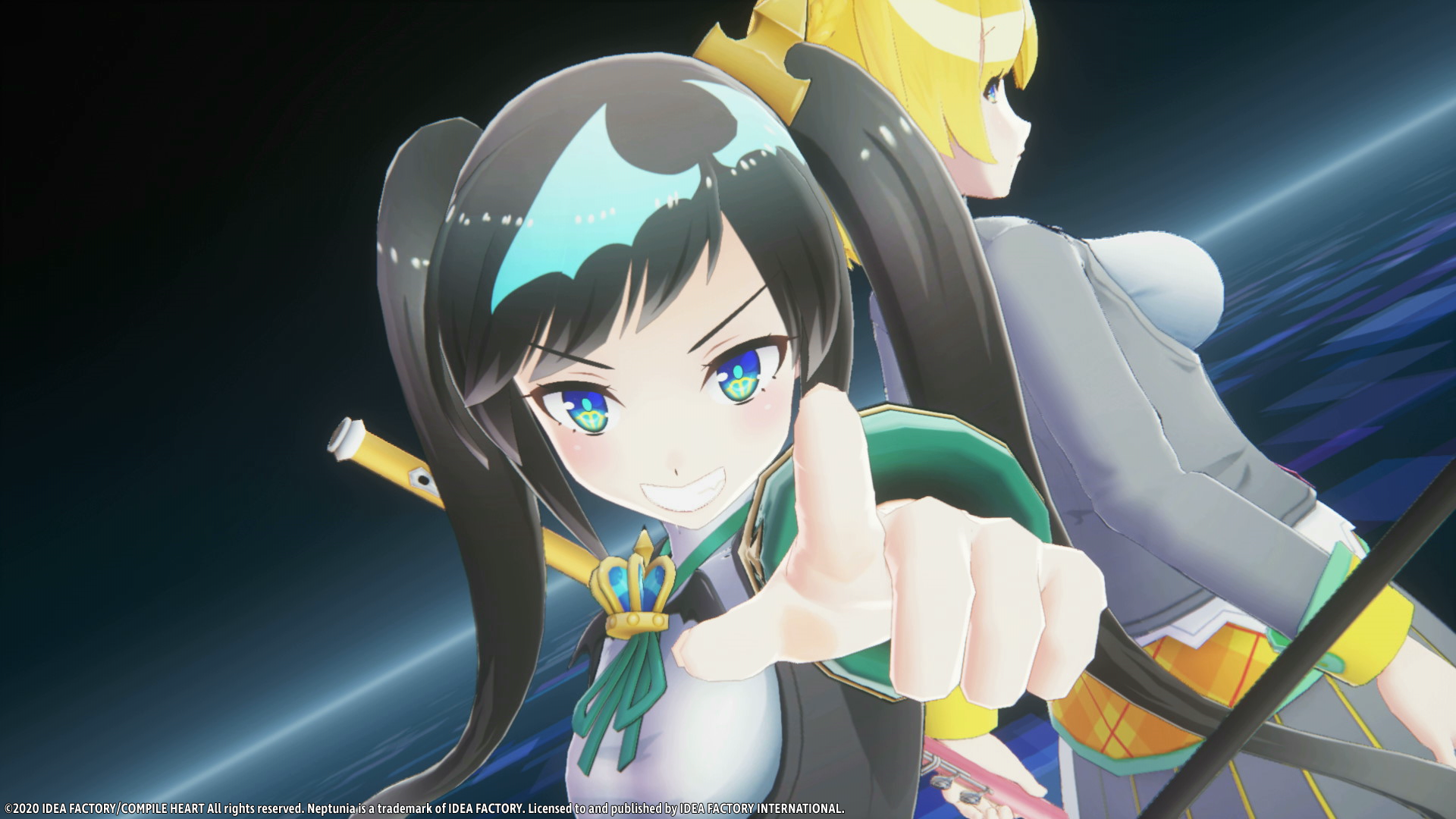 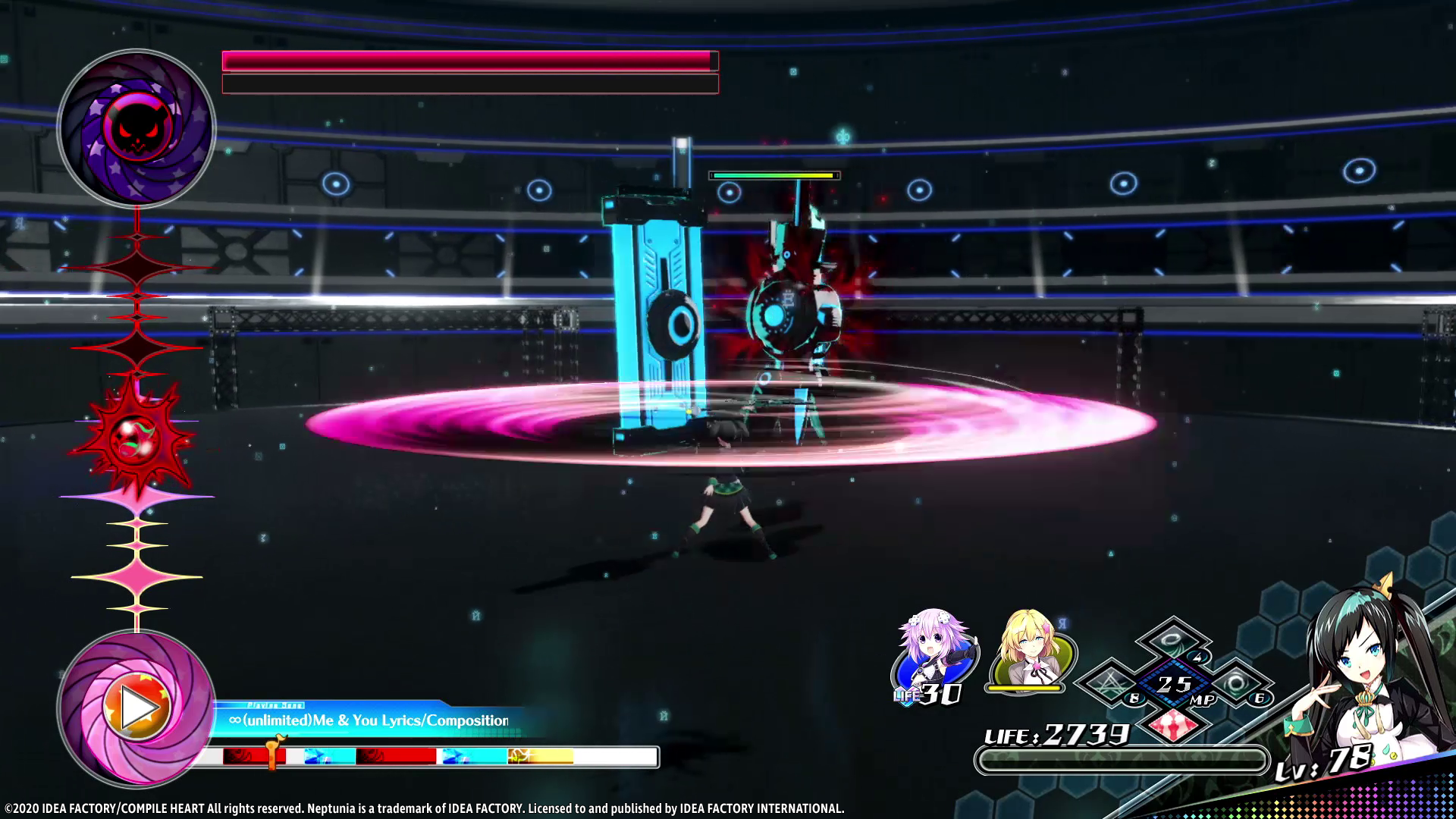 She fights with her scythe, which can be tricky in close quarters. Swing the scythe to hack down enemies, or throw it like a boomerang at nearby foes. A woman of many talents!
Licht 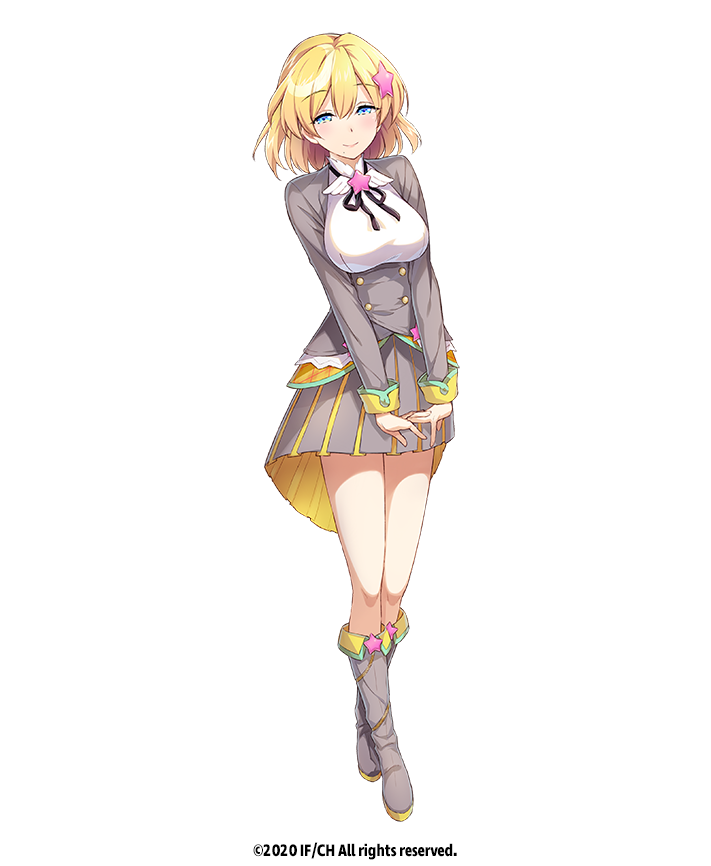 Licht is part of a virtual unit formed with her partner, Vice. Their contrasting personalities, that of a devil and angel respectively, are part of their charm. She is known for her peaceful aura. Her embrace is as sweet as an angel’s, and she positions herself as the older sister of the duo. Unbeknownst to most, she’s something of a sadist, and enjoys toying with Vice’s impressionable brain from time to time. 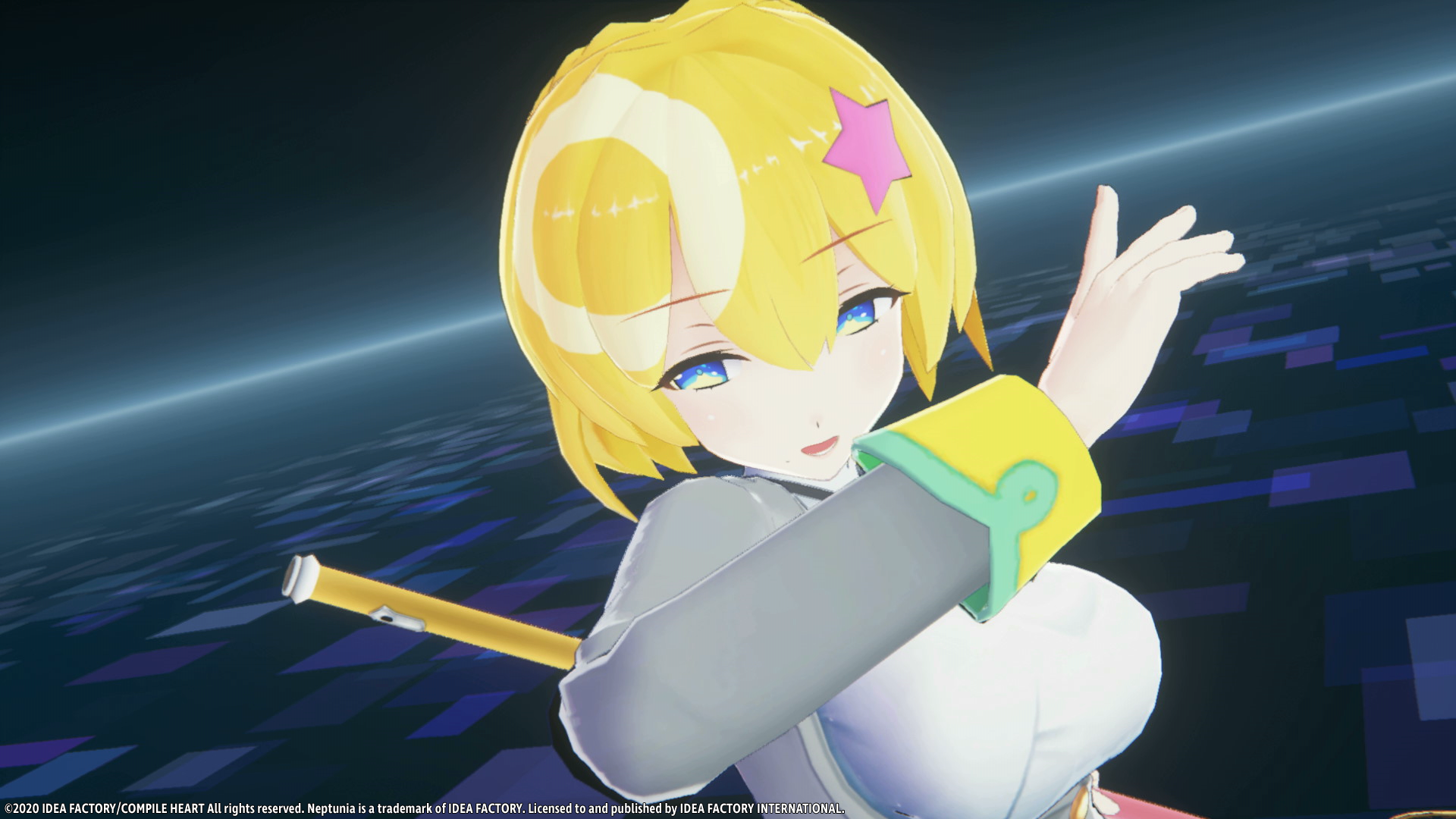 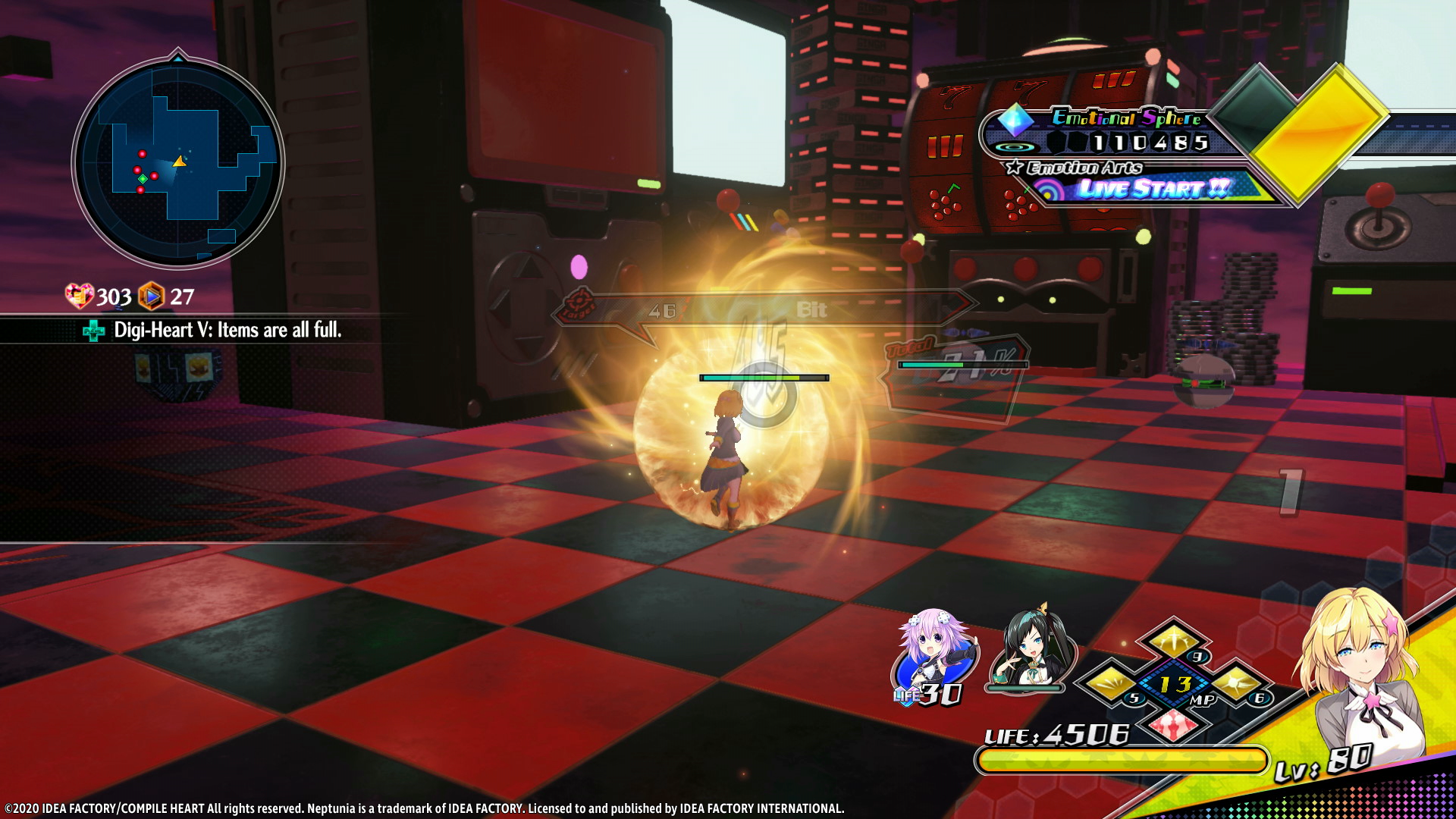 She is a mage, with a staff that casts spells from a distance. Use special spells on top of long-distance attacks. Move around the battlefield to deal damage from far away with spellbinding precision. Her range certainly comes in handy! 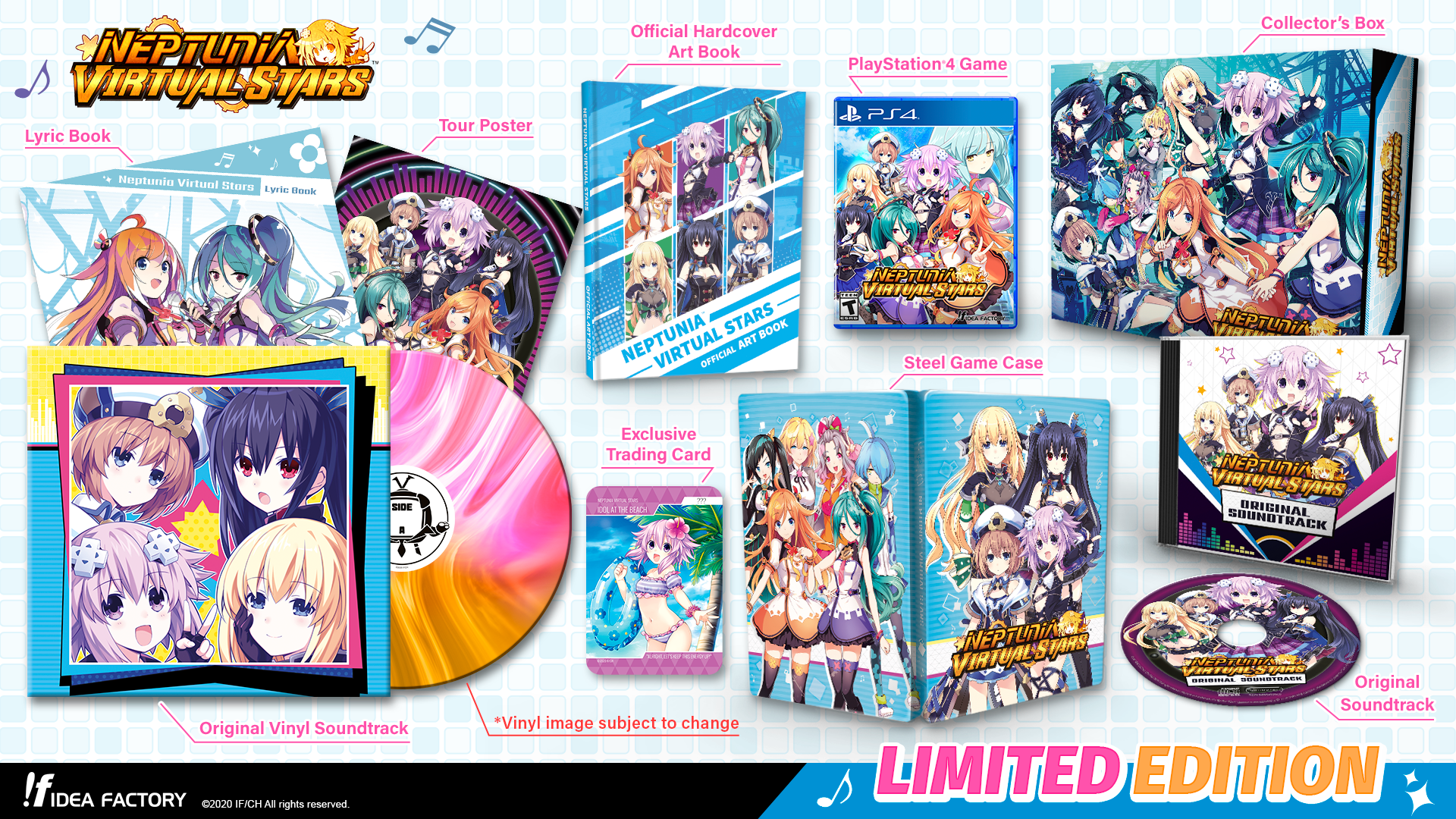 The Neptunia Virtual Stars Limited Edition will be available for preorder on February 2!

It will be available for $109.99 and qualifies for FREE US domestic shipping.

Story
Enter Virtualand – a digital world that exists alongside the networks of various dimensions. Within Virtualand lies the planet Emote – a planet faced with extinction due to the maleficent group of Content destroyers known as Antis.

In an act of desperation, the Digital Goddess of the planet Emote, Faira, sends a distress signal to other dimensions in hopes to find a savior of this planet.

And the saviors that were reached? The rising Vtuber stars, Me and You, members of MEWTRAL, as well as the Goddesses of Gamindustri: Neptune, Noire, Blanc, and Vert!

Can MEWTRAL and the Goddesses band together and save the planet Emote from complete destruction?

Feel the BeatTik Rhythm – Keep tempo in the BeatTik rhythm game! Accessorize your favorite characters and have them groove to your favorite Neptunia Virtual Stars tracks. Record your BeatTik performance, then use the video on the Video Battler section to unlock unique items, songs, and even more dance moves!

Take your EMOtions to Overdrive – The Emotional Overdrive special attack can bring the Goddesses and V-Idols to a harmonious victory. Fill up the Emote Gauge to activate your Emotional Overdrive and watch the V-Idols come to life. You may even find yourself receiving extra loot for your stunning performance!

Rescue a Vtuber, Save the Planet – Find and save the Vtubers scattered throughout Virtualand! Do you find yourself falling flat in battle? With the Guest Connect System, Vtubers can support you with their special powers to topple any enemy